Apple has officially confirmed that an iPad event is set to take place today, Wednesday, March 7th, at the Yerba Buena Center for the Arts in San Francisco, California. “We have something you really want to see. And touch,” teases the press invitation.

Months and months of rampant speculation and conspiracy stories have built up to next week’s event, and no one really knows what Apple has planned, other than a new iPad. The Retina display is widely expected to make its way to Apple’s tablet. Will it even be called the iPad 3? Will it be offered at a new price point? Let’s take a look at the rumors and examine what we think we know.

If there’s anything we know about Apple’s next-gen tablet, it’s that it will rock a sexy Retina display. What does that mean, exactly? The iPad 3’s display would be double the linear resolution of the original iPad, up from 1024×768 to a whopping 2048×1536. For context, that’s more pixels than most Macs can handle. 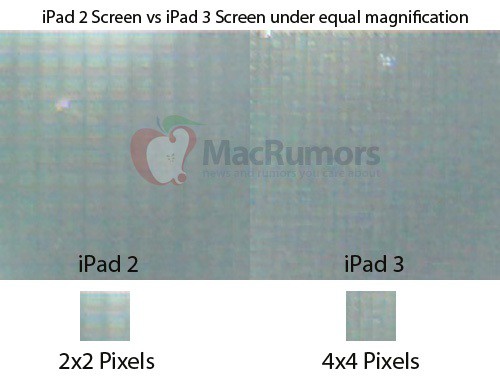 MacRumors got its hands on what it believes to be an iPad 3 display and examined the thing under a microscope. Part leaks and a mountainous stack of corroborations from other publications have agreed that a Retina display is headed to the iPad next week.

Apple has been expected to bring its A6 chip with a quad-core processor to the iPad 3, but there’s been some discrepancies in recent reports about what exactly will power the upcoming tablet. Apple has always introduced its new iOS devices in tandem with an updated processor, and history would put the iPad 3 on track for the A6. 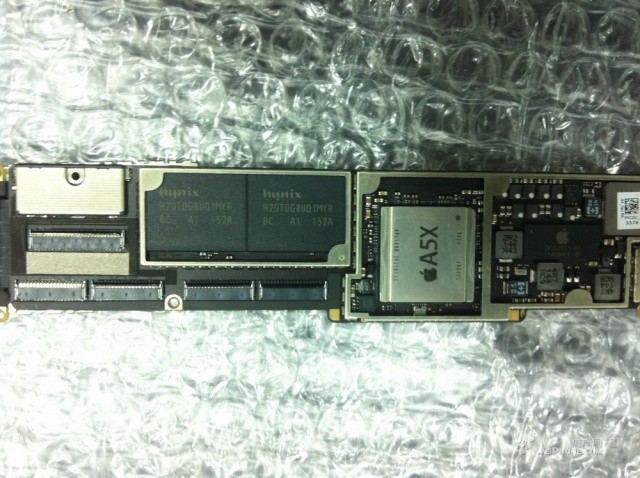 A Chinese forum recently posted a photo of an alleged iPad 3 logic board that put a new spin on the rumors. The photo revealed a ‘A5X’ Apple processor and proposed that the A6 wouldn’t be making its way to the iPad 3 after all. While the chip could be an incremental update for the iPad 3, it could also indicate another product altogether. iOS 5 beta code and publications like iMore and Bloomberg suggest that Apple’s next-gen processor will be quad-core, but The Verge says it will only be dual-core. 9to5Mac claims that Apple is actually working on the A5X and A6 chips simultaneously, with the quad-core A6 belonging to the iPad 3 and the dual-core A5X possibly debuting inside a new Apple TV. 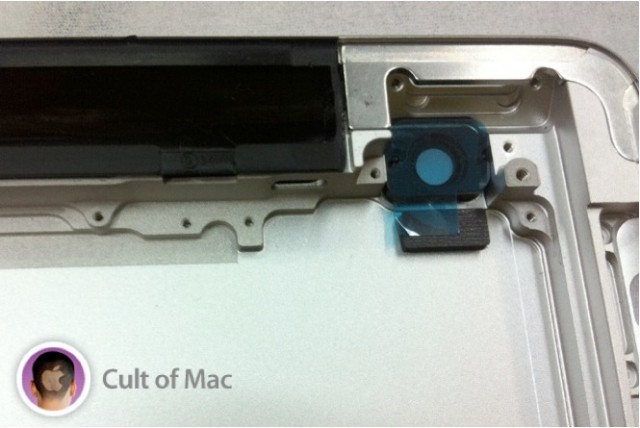 We haven’t heard a lot in this particular part of the rumor mill, but leaked iPad 3 parts do reveal that the device’s camera sensor will be larger. Considering how awful the iPad 2’s cameras are, it would be a crying shame for Apple to not improve them this time around. It would also make little sense for a Retina display-equipped tablet to not have higher-res cameras for FaceTime. It’s typical for Apple to increase the camera quality in its devices with each new generation.

Despite little supply chain evidence, The Wall Street Journal believes that the iPad 3 will feature 4G LTE network support. The theory is that Apple will use the iPad to test 4G with the carriers in anticipation for the sixth-generation iPhone. According to the WSJ, the iPad 3 will be able to switch between 4G and 3G data speeds based on network coverage. Boy Genius Report also found evidence for LTE recently via a debugging tool that was allegedly ran on a prototype iPad 3. The feature would presumably be available on both AT&T and Verizon in the United States. Coincidentally, Qualcomm recently introduced LTE chips that require less power consumption and switch between 3G and 4G frequencies. We have also heard reports that Verizon is installing LTE equipment in Apple Stores ahead of the launch. We say this is starting to look likely, but not certain. 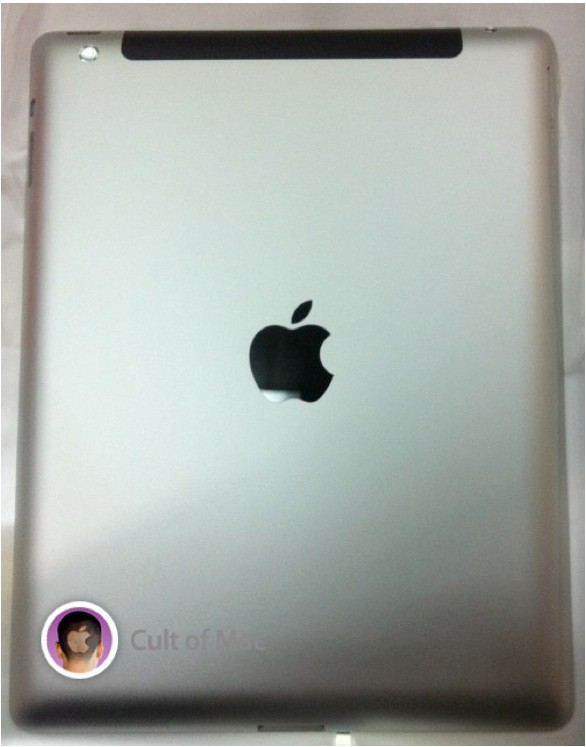 Based on a slew of part leaks and reports, the iPad 3 will look nearly identical to its predecessor. iLounge editor in chief Jeremy Horwitz claims to have seen the shell in person, saying, “I’d show you a picture, but there’s honestly nothing to be seen. Think iPhone 4 to iPhone 4S: this device so resembles the iPad 2 that differences are only obvious when they’re placed next to each other. From the back, you could walk past this new iPad on display and have no idea that anything had changed.”

The iPad 3 will have a 9.7-inch screen and probably be about a millimeter thicker than the iPad 2. Chinese blog Apple.pro has apparently compared the two tablet frames and concluded that the iPad 3 will be 9.50mm thick. The iPad 2 is 8.8mm thick.

If you’d like a more comprehensive look at the device’s exterior, we have an exclusive gallery of leaked images for your perusal. 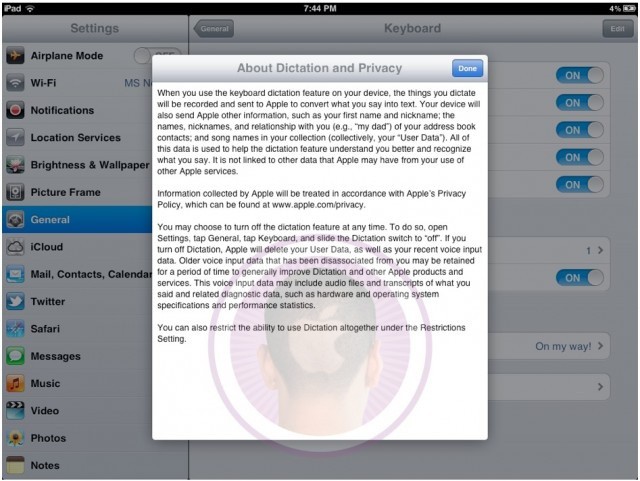 This one is a little far-fetched, but there’s a chance that Siri will make its way to the iPad 3. Despite the fact that Siri can run on the iPhone 4 and other iOS devices just fine, reports have said that Siri only works well on the iPhone 4S because of noise-canceling technology in the A5 processor. Apple could include the necessary hardware to make the iPad 3 Siri-approved. We found direct references to Siri in the iOS 5.1 beta on the iPad, so there’s a definite chance we’ll see the digital assistant make its tablet debut next week. However, we’ve been skeptical in the past Apple will include Siri on the iPad 3, since they can’t guarantee a net connection.

It’s widely assumed that the next-gen iPad will start at $499 like its predecessors, although a rumor from China has suggested that the starting iPad 3 model will cost $80 more than its iPad 2 counterpart.

When Apple introduced the iPad 2 last year, it kept offering the original iPad for $399 for a limited time. Something along the same lines is likely to happen this time around as well. Dropping the iPad 2’s price by a couple hundred dollars would trigger a lot of impulse buys and create a cheaper option for those that aren’t captivated by the Retina display. 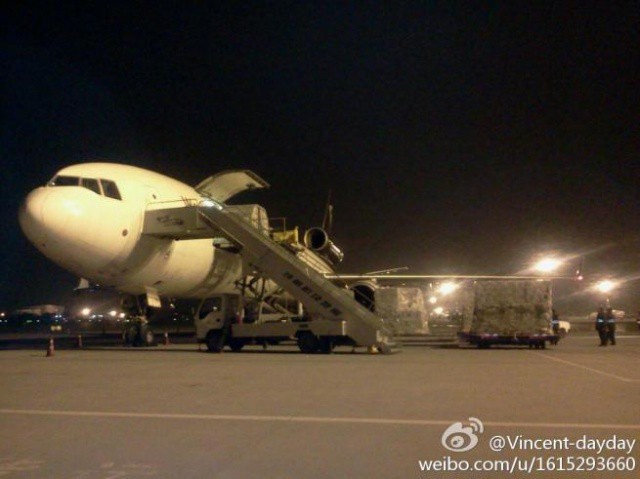 Photos of iPad 3 shipments arriving around the world have surfaced, and Apple is rumored to make its next-gen iPad available for sale on March 16th. There’s been no word on if there will be pre-orders, but it’s certainly possible.

Rumors have suggested that iOS 5.1 is set to drop on Friday, March 9th. There’s a chance that Apple will release the developer GM the day of the announcement on Wednesday followed by a public release two days later. The new iPad will definitely ship with 5.1, so expect to have the new software on your other devices before you’re able to pick up an iPad 3. Expect the release to fix all the security flaws certain iOS apps have highlighted over the last few weeks. There may be a few other surprises too.

The 5.1 GM is said to be quality assurance phase with Apple and its carrier partners, meaning the release is imminent. Chronic Wire says the software will include a revamped lock screen for accessing your camera, Japanese Siri support, and two other “mysterious” features. 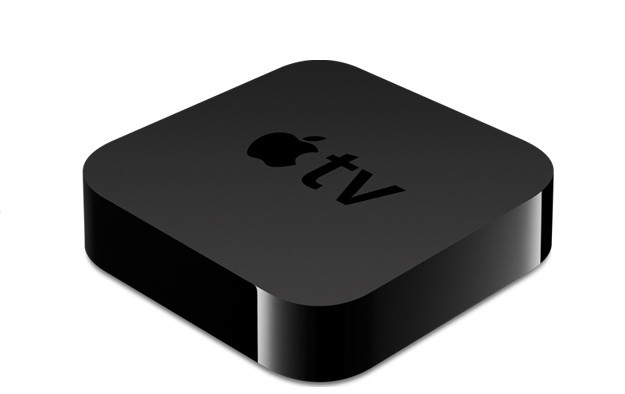 Apple is also expected to unveil a new Apple TV alongside the iPad 3. It won’t be the mythical television Jobs envisioned, but an upgraded version of the current set-top box. 1080p video, Bluetooth 4.0, and the A5X processor are all expected features. 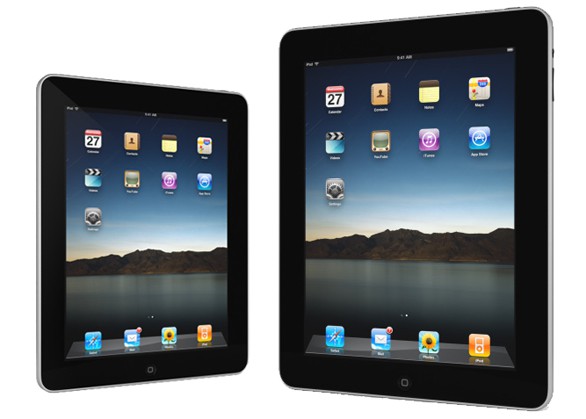 The Wall Street Journal recently stirred this particular part of the rumor mill again with a report saying that Apple is prototyping a smaller, 8-inch iPad alongside the iPad 3. The rumored device would be cheaper than the flagship iPad and assumedly take on products like the Kindle Fire. Many arguments have been made for why such a device will exist, but we’re skeptical of any such announcement happening next week.

There’s been some heated debate on whether Apple will name the next iPad the “iPad HD” instead of the “iPad 3.” We’ve weighed in on the issue, and several other publications have been adamant that Apple will not give it the “3” suffix, but instead go with “HD” to better market the Retina display to consumers. Opinions are split, so place your bets!

Other rumors suggest that Microsoft may debut Office for iPad, but we also find that to be far-fetched. Some have suggested that we’ll see something like Aperture for iPad, which would make sense for a Retina display iPad. There have been whispers that Apple will lose the 30-pin dock connector in favor of something more modern, but there’s no telling if such a change will happen this year.

Bottom line: The iPad 3 is going to be awesome. We’ll let you know when you can get in line to buy.