Today’s iOS 5.1 beta 3 makes some interesting references to Siri’s Dictation feature. On both the iPod touch and iPad, a new Dictation text file has appeared under the keyboard settings window. This new document is not present in the same place on the iPhone 4S, suggesting that this reference does indeed foreshadow what’s to come.

The text file outlines iOS Dictation’s privacy details. While Siri Dictation is currently an iPhone 4S-only feature, it’s plausible to assume that Apple is working to bring the feature to other iOS devices. 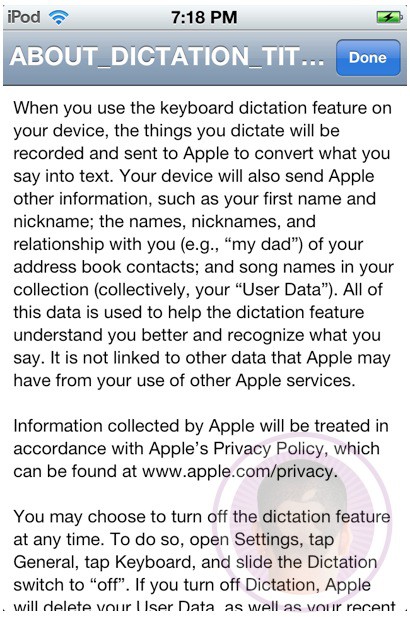 9to5Mac also found this reference on the iPad, but it’s interesting to see that it is also present on the iPod touch. While some have speculated that Apple would make Siri Dictation a staple feature of the next-generation iPad, it seems that the company’s plans for Siri may be more far-reaching than we all expected. 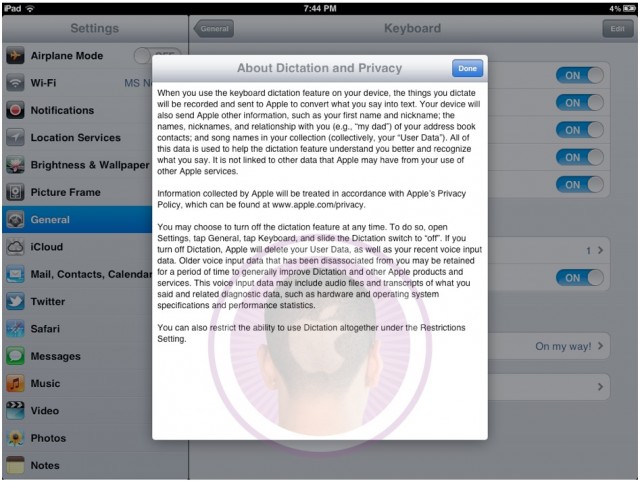