Ever show off your painstakingly constructed computer setup only to have everybody race past the gear just to ogle what’s showing on the screen(s)? The desktop wallpaper.

It’s kind of like that with today’s featured setup, the brainchild of a graphic designer.

He put together the dual-monitor setup around a 13-inch M1 MacBook Pro with a lineup of nice touches. And he also made the neato race-car wallpaper that got most of the attention.

The 13-inch M1 MacBook Pro runs through a Plugable USB-C dock via DisplayLink to a pair of 27-inch LG 4K displays sitting on a DIY desk shelf. 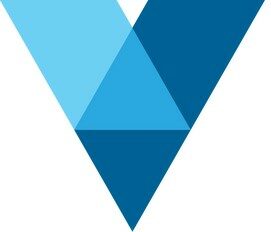 VistaCreate is an online graphic design tool that enables beginners to create professional graphics for businesses, social media and advertising. You can upload your images and use the library of more than 50 million royalty-free creative assets including premium videos, images and vectors for creating any type of design. Moreover, VistaCreate offers styles, material board templates, typography, icons, shapes, stickers and lots of editable aspects. This pack of features makes this tool very flexible in designing your graphics.
This post is sponsored by VistaCreate.

And it’s not just solid displays that Eddie enjoys in his setup as a graphic designer. A certain combination of input devices also pleases. On either side of his Magic Keyboard are a Magic Trackpad 2 and a Logitech MX Master 3 wireless mouse.

Another commenter extolled that increasingly common peripherals setup for its ease of gestures on the trackpad complementing other uses of the mouse and making it easy to switch between windows and displays.

“Graphic designer here, I also use it to switch between multiple windows/desktops,” Eddie chimed in, agreeing with the comments but also adding on about his choice to have two displays. “This is also why I did not get an ultra-wide.”

Eddie’s setup has a pretty powerful audio component. Nothing against the MacBook Pro’s speakers, but the Samsung HW-A550 2.1ch Soundbar with Dolby Digital 5.1 and wireless subwoofer surely trounces it in the room-filling sound department.

And he has a handy audio-video source with the Amazon Echo Show 5, perched just behind the keyboard. It’s suitable as a day planner, alarm clock, smart home management center, streaming media player and videoconferencing device.

Lighting in the setup comes from a Xiaomi Mi monitor light in the front, lighting up the desk area, and a couple of Philips Hue Play smart bar lights in the back, throwing warm light on the wall and window blinds.

And of course, that race car desktop wallpaper

While commenters talked about some of the setup’s components, one after the next referred to the race car wallpaper split between the two screens. How can they get it?

Eddie obliged with replies. Turns out, he designed his own wallpaper, but there are also others like it.

If you would like to see your setup featured on Cult of Mac, send some high-res pictures to info+setups@cultofmac.com. Please provide a detailed list of your equipment. Tell us what you like or dislike about your setup, and fill us in on any special touches or challenges.