The photos clearly illustrate how the site is taking on its circular shape, with plenty of work being done by construction workers and heavy machines. 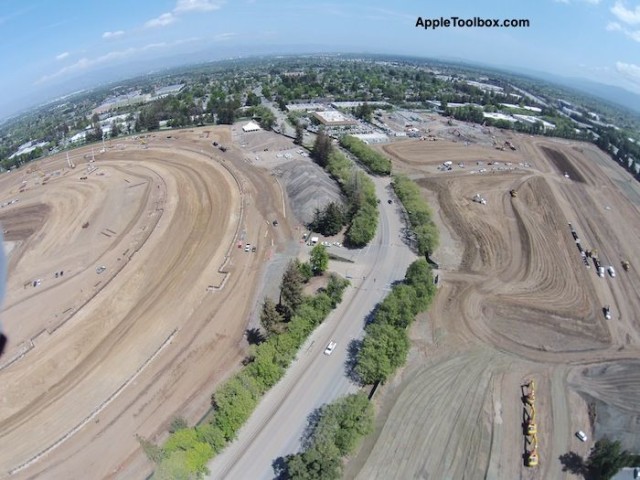 The Apple Campus 2 was approved by Cupertino officials back in October, although it was originally pitched by Steve Jobs only months before he died in October 2011.

When finished, the campus will be home to more than 12,000 Apple employees and will feature a 120,000 square foot auditorium to be used for media events.

Not a huge amount of information has been publicly revealed by Apple, although it is known that the headquarters will focus on renewable energy sources, with 70 percent of its energy planned to come from solar and fuel cells.

A video released last month profiled the site’s natural ventilation, renewable energy, trees regrowth and other innovations, which will help make the new Apple HQ one of the most cutting-edge office buildings in the world.

The finished headquarters is planned to open to approved Apple employees in mid-2016.