After months of anticipation and weeks of social media teasing, the TiVo Stream 4K was released Wednesday, a streaming box that brings together on-demand and live streaming services into one device without having to switch from app to app to find and watch shows.

At an introductory price of $49.99 with no monthly subscription for TV scheduling data, the TiVo Stream 4K will take on the Apple TV 4K with a starting price of $179 and the top-selling Roku streaming device.

The disappointing news for Apple TV app users and Apple TV+ subscribers is that TiVo’s newest product currently will not support the app or integration of Apple’s programming as Apple does not have an Android app.

END_OF_DOCUMENT_TOKEN_TO_BE_REPLACED

TiVo’s plans for an Apple TV app are “currently on hold,” according to an executive at the company. Speaking with TechHive, Ted Malone, TiVo’s VP of consumer products and services, described the promised app as being “in limbo.”

A spokesperson later said that this is because the company has, “re-prioritized several projects in order to focus on the launch of TiVo Stream 4K.” It sounds as if Roku and Fire TV apps may also be set to suffer a similar fate.

END_OF_DOCUMENT_TOKEN_TO_BE_REPLACED

Plenty of people were excited when TiVo recently announced a new app coming to Apple TV, letting users watch live and recorded content without having to buy multiple TiVo boxes.

They may be a bit less excited when they hear about the app’s big limitation, however. According to a TiVo executive, it will offer streaming that’s limited to 720p resolution, with 30 frames-per-second.

END_OF_DOCUMENT_TOKEN_TO_BE_REPLACED

The biggest name in online retail is aiming its sights on putting TiVo out of business next.

Amazon is reportedly developing a new set top box that will allow users to record live TV, providing a way to side-step cable providers when it comes to watching content on-demand.

END_OF_DOCUMENT_TOKEN_TO_BE_REPLACED

There is virtually nothing you can’t buy on the internet, but finding the best tech at the lowest prices can take some major research. That’s why today we’re doing the work for you, and delivering this week’s best tech deals from around the web. Check it out.

The big iPhones are here at last, and so – as surely as indigestion follows a burrito – are the oversize iPhone 6 and iPhone 6 Plus cases. Also new on the scene this week: a game controller for all your iDevices, plus some sweet retro-style cameras.

A big-ass phone needs a big-ass case, and the Waterfield Spinn is both big and sits by your ass. The leather holster clips to your belt, the bottom is open for hooking up headphones and hearing the speaker, and the closing clasp doubles as a winder for unused headphone cabling. Pretty cool for a dorky holster. $59

Fujifilm’s successor to the amazing X100S changes little. You get refined buttons and dials, and more of these can be given custom functions. You get a double-resolution LCD on the back, plus Wi-Fi inside, and a sweet new hybrid viewfinder that can overlay a digital rangefinder on the pure optical view. $1,300

The Tivo Mega really is mega, with 24TB of DVR storage for 4,000 hours of HD and 26,000 hours of SD programming. At roughly 20 minutes each, that’s enough space to keep the entire series of Big Bang Theory 490 times over. It’s rack mountable, has six tuners and you can stream direct to your phone. How much? $5,000

Grovemade puts a lid on its gorgeous wooden iPhone cases with the new Maple & Leather model for the 6 and 6 Plus. It has the usual bumper-like wooden surround, but with a new leather flap on the front that doubles as a kickstand, thanks to a stiffening wooden liner. It looks gorgeous. $129

What could be a better accessory for your new iPhone 6 Plus than the Moga Rebel, a Bluetooth game controller for your iPhone or iPad that boasts an adjustable arm and clamp to hold even a giant phone? $80

Leatherman By The Numbers is a range of 10 new tools that each pack at least four tools into one lightweight little package. There are no moving parts (except on the No. 4, which has a removable screwdriver bit), and you can pick the combo that best suits your needs. From $11

Quit trying to squeeze a cylinder into your bag with your computer and books – try the book-shaped Memobottle instead. These plastic water bottles slide straight into your bag, and come in A4, A5 and U.S Letter sizes. Made from dishwasher-friendly Tritan, the only problem might be drinking from them – probably a two-handed task. From $22.

Forget full-frame digital. The way to get maximum photographic quality is medium-format film. Then you can proceed to ruin that film with the plastic-fantastic Lomo LC-A 120, a relatively tiny medium-format camera with automatic exposure, four-zone manual focus and a square format. $430

Put all your photos of eggs on a single SD card, with SanDisk's new 512GB Extreme Pro SDXC card. Pointless for photos, the super-fast UHS Speed Class 3 card is better for capturing video from your movie-making DSLR. Just $800.

The Aeroclam switches a saggy, baggy saddle bag that rattles on the rails of your racing seat for a tightly-fitted clamshell bag that stays permanently – and tightly – attached to your undercarriage. There’s space for a patch kit and maybe a multitool, but not a pump. Fits most non-Brooks saddles. NZ$50 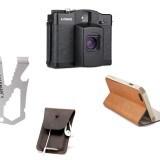 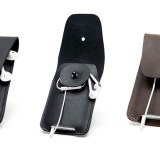 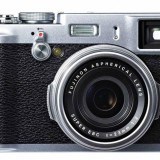 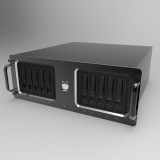 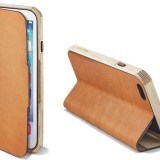 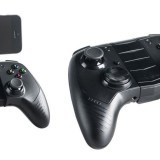 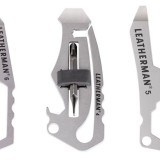 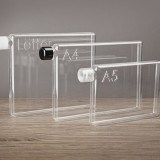 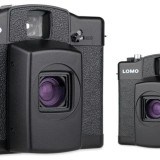 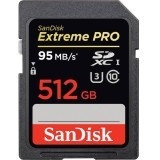 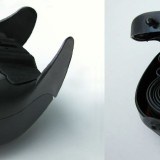 Getting into the streaming TV business might be all the rage right now, but it’s far from an easy game to play. (Which is why Tim Cook referred to Apple TV as “a hobby” for so long.)

Proof positive of this is Qplay, the Internet video-device and iPad app startup launched by the founders of TiVo, which has announced that it’s closing shop less than six months after launching its debut product.

END_OF_DOCUMENT_TOKEN_TO_BE_REPLACED

This morning TiVo unveiled its newest lineup of DVRs, and rather than trying to kick your iOS device out of the living room, the new DVRs will stream TV straight to your iPad or iPhone, even if you’re not at home.

END_OF_DOCUMENT_TOKEN_TO_BE_REPLACED

According to Apple, the Apple TV is “just a hobby.” According to a new report, though, it’s way more than a hobby: it’s the dominant force in video streaming.

END_OF_DOCUMENT_TOKEN_TO_BE_REPLACED

Tim Cook and co. have claimed that the Apple TV is just a hobby device, but that hasn’t stopped it from dominating the TV streaming box industry.

A new report from Frost & Sullivan claims that Apple TV now accounts for 56% of the worldwide IP streaming devices market and its nearest competitor, Roku, isn’t even close.