The invites are out and the rumors are in. Apple’s first event of 2016 is going down March 21, when the company will loop fans in on some shiny new products coming soon to Apple Stores.

Apple is expected to introduce a new 4-inch iPhone aimed at budget customers and people who want to be able to hold their smartphone with one hand, but a new 9.7-inch iPad that’s every bit as impressive as the iPad Pro could steal the show (along with some other new goodies).

Here’s what to expect from Apple’s big event.

The body of the iPhone SE will look almost exactly like the iPhone 5s, only the edges of the glass display will be curved, like on the iPhone 6 and iPhone 6s. Leaked case designs show the power button will still be at the top, with the mute switch and volume knobs on the side, just like the iPhone 5s. Color options will reportedly include gold, silver, space gray and rose gold.

The iPhone SE will pack a 4-inch Retina display. It’s unclear if the rear casing will be exactly like iPhone 5s or if Apple will use something similar to the iPhone 6 body that makes it look like one piece of metal. We have seen zero leaked parts of the rear case, so Apple could still pull out a few surprises.

Storage options will likely be limited to 16GB and 64GB. Pricing will likely start between $399 and $499. The 16GB iPhone 5s is currently priced at $449, so it’ll be in that range. Preorders may be available immediately after Apple’s event on March 21, or within a few days afterward. iPhone SE units could arrive at Apple Stores as soon as Friday, March 25.

Apple’s 9.7-inch “iPad Pro” (note: it probably won’t be called the iPad Air 3) will look pretty much exactly like its 12.9-inch older sibling released last year. The smaller iPad Pro’s dimensions are almost exactly the same as the iPad Air 2 only slightly thicker.

Other notable design changes will include four-speaker audio around the edges. There’s a hole for a Smart Connector, too, that will enable users to attach a Smart Keyboard and other third-party accessories. The Apple Pencil will also supposedly be supported on the new iPad.

The new display on the 9.7-inch iPad Pro could be truly impressive based on early rumors. Chinese leakers claimed Apple might boost the pixel density to 401 pixels per inch, up from the iPad Air 2’s 264ppi. That would increase the resolution to a mind-blowing 3,112-by-2,334 pixels, making it better than the iPad Pro’s 2,732-by-2,048 resolution. That seems pretty unlikely, though, so we just expect some all-around improvements to the LCD display.

Other rumors have claimed the display will be noticeably brighter than the iPad Air 2, thanks to new pixel technology. The display will also have a higher refresh rate than previous models in order to support the Apple Pencil. 3D Touch is not expected to make an appearance yet.

Apple will include the new A9X chip with extra RAM identical to the setup on the older iPad Pro. Apple is throwing in the exact same 12MP camera sensor found on the iPhone 6s, which will be better than the 8MP sensor on the 12.9-inch iPad Pro. It will also have the standard Apple iOS features like Apple Pay, Touch ID, Bluetooth 4.2 and a better modem than the iPad Air 2.

Because the 9.7-inch iPad Pro is expected to include some major performance improvements over the iPad Air 2, the price tag will probably be higher as well, but not quite as much as the 12.9-inch iPad Pro. The 64GB iPad Air 2 costs $599, so it seems reasonable that a 32GB 9.7-inch iPad Pro will start somewhere around $550 or $600, with the 128GB units costing $100 more.

The second-generation Apple Watch likely won’t be unveiled until September. However, some new bands will probably make an appearance at next week’s event. New color options for the Sport band are pretty much a given. Some new materials might be used in the original band styles, like a space black Milanese Loop.

Apple may also bring back an old trend from the ’60s, with some new NATO watch straps made of high-quality nylon, reports 9to5Mac. The colorful nylon straps would be an alternative for active wearers, while fashionistas could get some new high-end bands made in partnership with another fashion house, à la the Hermès Apple Watch band collection.

Apple has been brewing a big batch of software updates that appear to be ready just in time for the big March event. iOS 9.3 has been teased on Apple’s website for months, which is something of a rarity for a minor iOS update, so we expect features like Night Shift, encrypted Notes, improved Apple News and Apple Music and other features will get a lot of stage time.

The public release of OS X 10.11.4 and watchOS 2.2 will also likely be announced at the March 21 event. tvOS 9.2 features will also probably be covered, as it’s the biggest update to the new Apple TV yet, bringing folders for apps, Dictation so you can spell out words in text fields, App Store Siri Search and much more. 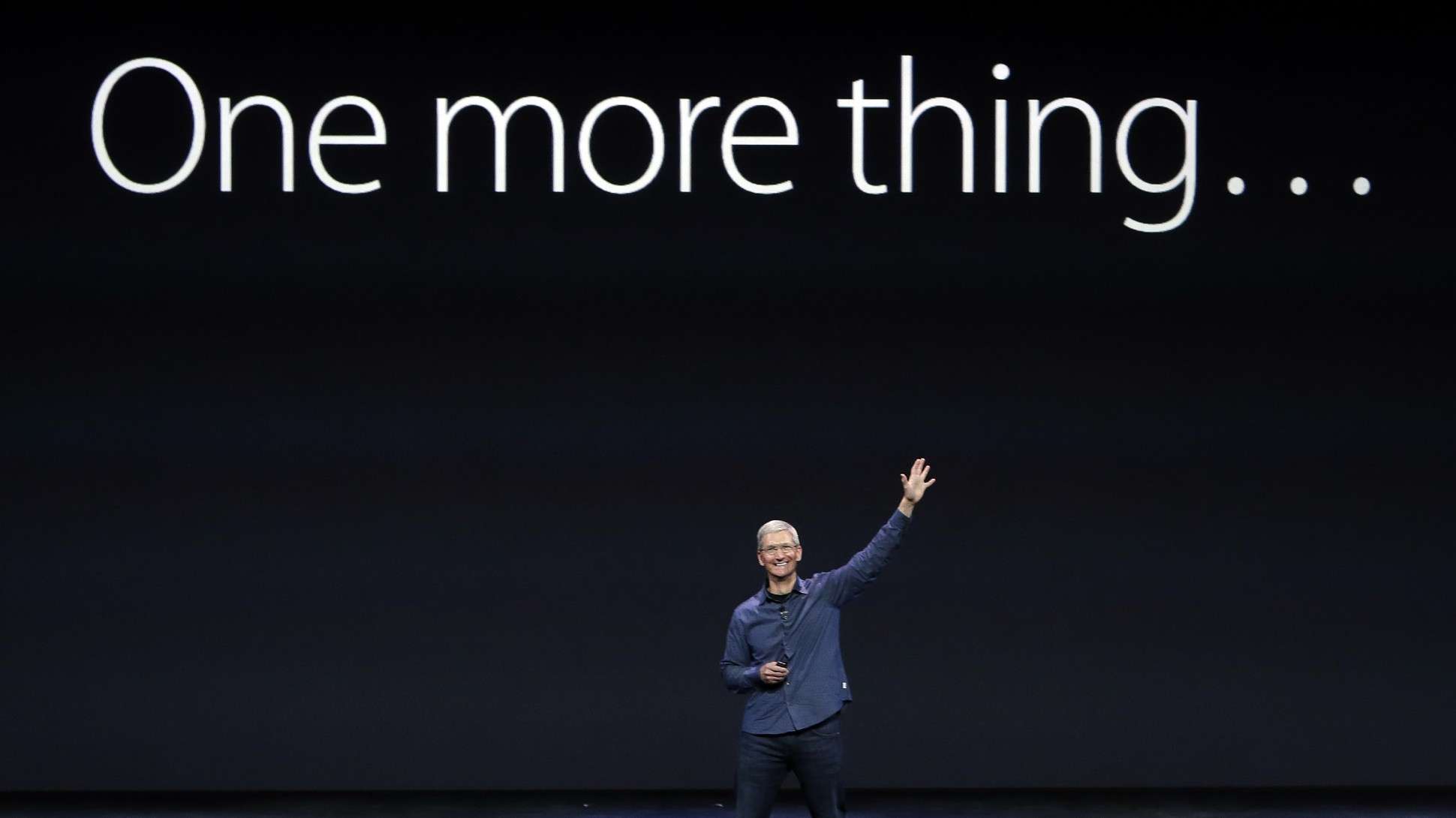 New iMac? MacBook Pros? Maybe even a Mac Pro? Don’t get your hopes up.

This Apple event is expected to focus solely on the iPad Pro, iPhone SE and Apple Watch, even though it’s been nearly a year (or longer) since some of Apple’s laptops received an update.

Best Buy recently dropped the price on the new 12-inch MacBook, which has led some rumormongers to believe that we could see an updated model next week, but that seems incredibly unlikely. Apple is still waiting on Skylake processors from Intel to supercharge Macs with 40 percent better graphics, 20 percent faster CPU performance and better battery life. Those chips aren’t expected to go into production until March or April, so the soonest Apple is likely to introduce new Macs would be at its Worldwide Developers Conference in June.