Apple has launched the second story on its new Your Verse microsite.

The campaign — which focuses on showing the iPad in unexpected real world situations — this time chronicles the work of mountaineers Adrian Ballinger and Emily Harrington, who take the iPad with them on their extraordinary climbs.

Ballinger and Harrington use the iPad — along with the Gaia GPS topography app — to plan and navigate their ascent, while also using the device’s access to social networking tools to post photos and progress updates during various junctures of the journey.

As can be seen from the below illustration, various pieces of equipment are shed during the climb — paring Ballinger and Harrington’s kit down to just the essential tools — but the lightweight iPad makes it all the way to the top. 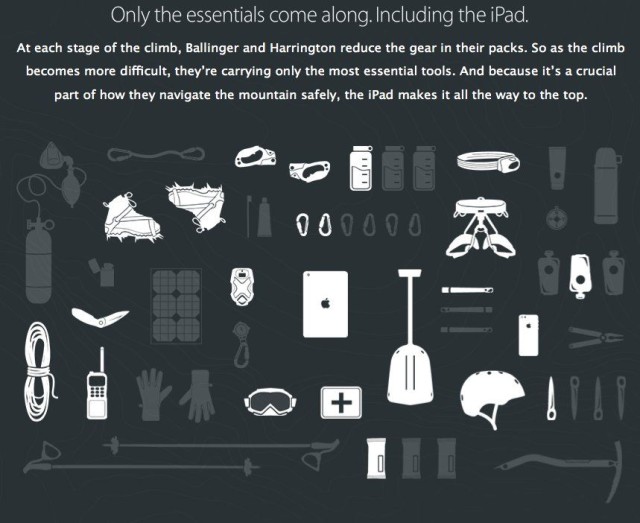 The “Your Verse” microsite and campaign debuted last month. Based on the timing between the last entry and this one, new stories will be released once every four or five weeks during 2014.