In the Mac space, Dutch designer Martin Hajek is the crown prince of concepts, having done some of the most realistic and jawdropping renders we’ve ever seen for the iWatch, Mac Pro, iPhone 6 and more.

One product concept we thought Hajek bit the pooch on a little, though, was his idea of what an Apple HDTV would look like. His concept was black, chamfered and gorgeous… but also looked like Martin Hajek had never used a television in his life. But here comes Hajek’s Apple HDTV, Mach II… and this is an Apple television set I would buy. 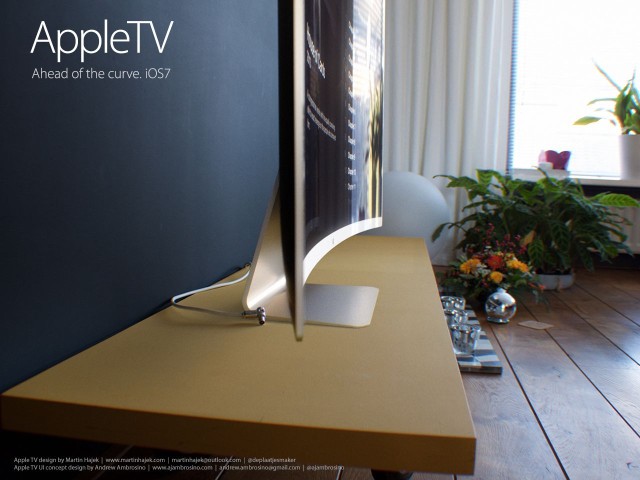 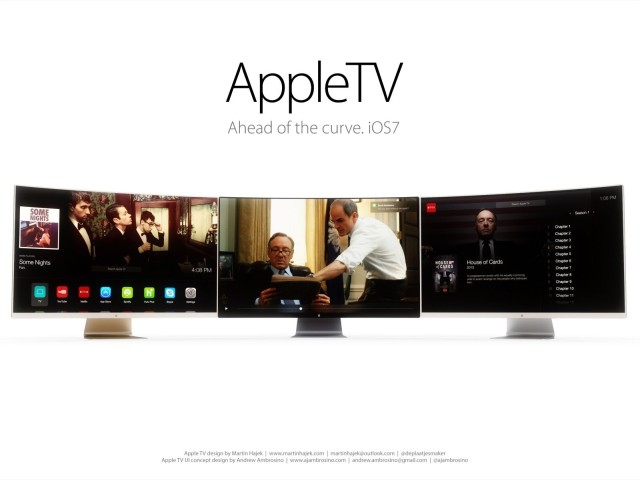 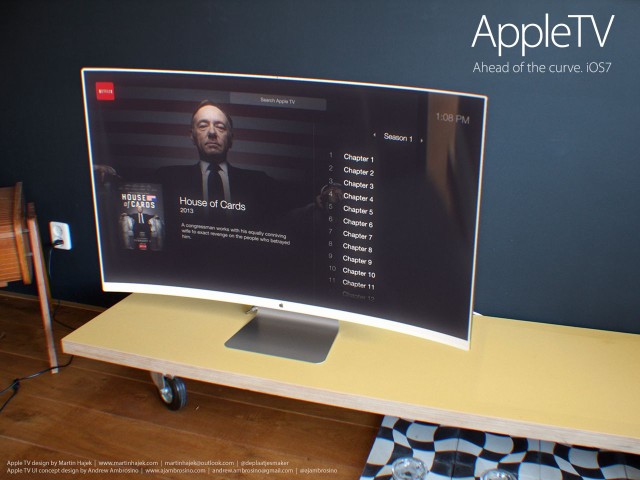 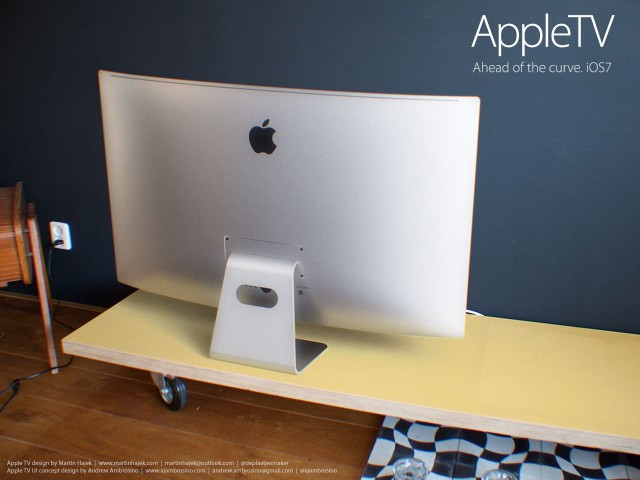 You can see all of Hajek’s renders below, but as you can see, Hajek imagines an iMac-like device with a curved screen and a flat, transparency-filled interface similar to iOS 7, complete with dock. The hardware design is all Hajek, but he was inspired by the UI concept of Andrew Ambrosino, which shows: the UI was the major conceptual problem of Hajek’s last stab at the Apple TV.

I like it, although I think it’s impractical: surely, mounting a curved screen on a wall would be a nightmare, right? Even so, this is a device I would be happy to have in my living room. What do you think?