No longer robots in disguise, Transformers: Tactical Arena lets players assemble a team of their favorite characters to battle in a real-time person-versus-person strategy game. They fight in an arena, with players sitting next to you — or around the world.

When we’re not bending our latest smartphones simply to see what will happen, there’s nothing that appeals to the dark recesses of the human (possibly male) mind more than watching two characters we recognize from separate franchises cross over to one another’s universes. It doesn’t matter if it’s The Simpsons and Family Guy, the NBA and the Loony Tunes, or Batman and Superman, all that matters is that it happens. And preferably that they end up fighting one another.

With casting well underway for a 2015 big screen adaptation of the endearingly daft Pride & Prejudice & Zombies, we figured it was the perfect opportunity to run down the movie mash-ups we most want to see. Scroll through our gallery to get your crossover on.

G.I. Joe meeting the Transformers was one of the comics that blew my mind as a kid, and I’d welcome the same experience as an adult. Unlike a lot of crossovers this one should be fairly straightforward, with the rights held by Hasbro and Paramount. Despite a rocky start, the G.I. Joe movies greatly improved with 2013’s G.I. Joe: Retaliation, while the Transformers flicks could certainly use a Joe-sized shot in the arm. I’d definitely be on board.

Sure, this one’s cheating. The Godzilla/King Kong battle has already been carried out in 1962’s superbly campy King Kong vs. Godzilla. But on the back of this year’s enjoyable Godzilla reboot, it would be fantastic to bring the battle up to date with cutting edge special effects. Done right, it would certainly put the dino fight from 2005’s King Kong to shame — even if sorting out the proper sizes of the two combatants would require a return to the drawing board.

Quentin Tarantino’s movies all take place in the same fictitious universe. Ever since QT introduced us to brothers Victor and Vincent Vega in Reservoir Dogs and Pulp Fiction respectively, fans have been begging for a team-up. Given the length of time that has elapsed since then, creating a prequel would be kind of difficult. Of course, neither character makes it alive out of their respective movie either, which makes a sequel kind of difficult. But Tarantino has rewritten history more than that before.

The Power Rangers did, in fact, team up with the Turtles during an episode of Power Rangers in Space, but that only whetted our appetites for more. We just got done with the Michael Bay TMNT reboot and with a Power Rangers movie in the works too this would make for a great blockbuster mash-up. Fill it with the kind of self-referential fan service we saw in 2009’s tremendous Turtles Forever and you’ve got an undisputed winner.

Okay, so this is a slightly strange one but as a long-time fan of both franchises, I’ve always been intrigued by this possibility. My optimal period for this to have taken place would have been the 1990s, when the aliens could have taken on the Next Generation Crew, but I’ll accept my Aliens/Star Trek crossover however it comes. Seeing the crew try to contain the alien by trapping it on the Holodeck would be superb entertainment.

Actor Robert Englund is 67 now, although appearing in more films than ever. Perfect, then, for him to make one last appearance as Freddy Krueger, to rinse away the taste of the awful 2010 remake starring Jackie Earle Haley. I was a massive fan of 2003’s Freddy vs. Jason, which pitted everyone’s favorite Springwood Slasher against Friday the 13th's unstoppable killing machine.

With '80s nostalgia still working at the box office, why not dust Freddy off to face one more iconic cinematic murderer in the form of Hellraiser’s Pinhead? The Cenobite realm/Freddy’s world sequences would be worth the price of admission alone.

There was an Aliens versus Predator versus The Terminator comic series from Dark Horse Comics back in 2000. Spinning off from Alien Resurrection (not the most promising of signs), it turned out to be a waste of all three franchises, although the concept wins some points for at least trying such a crazy idea in the first place. The Terminator movies have been disappointing since 1991’s fantastic T2: Judgment Day, while only the original Predator movie holds classic status.

Could a mash-up of the two properties redeem them? There’s only one way to find out.

In the works since 1979, a JLA/Avengers crossover finally happened in 2003, bringing together the World’s Mightiest Heroes and DC’s Justice League of America. With the two franchises set to collide (sort of) when Avengers: Age of Ultron and Batman v Superman: Dawn of Justice finally make it to theaters, the idea of mashing up both series seems unthinkable at present.

Looking longer-term, though, who wouldn’t want to Batman face off against Iron Man, or Superman with Captain America? The only losers would be the poor legal teams who had to work out the agreement for it to happen. 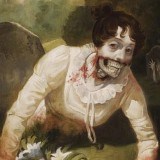 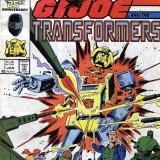 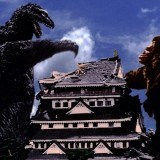 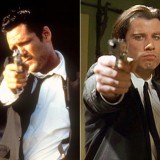 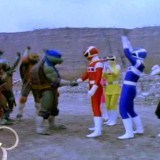 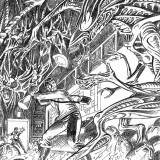 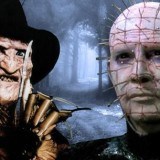 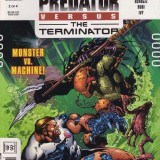 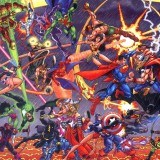 The Angry Birds are, ahem, transforming yet again in this new trailer from Rovio and Hasbro, released to coincide with San Diego Comic Con this week.

You’ve got the red bird cosplaying as a voice-less Optimus Prime, running his way through an island-style world, smashing through crates, and then finally facing a giant, laughing pig-bot Deceptihog. It doesn’t get much better than this. Check out the video below.

END_OF_DOCUMENT_TOKEN_TO_BE_REPLACED

If you haven’t gotten enough of disgruntled avians from Rovio’s hit series Angry Birds, what with last week’s Angry Birds Epic or the well-received Angry Birds Star Wars mobile games, then this news is for you.

Rovio has teamed up with Hasbro to mashup its own quirky mobile gaming franchise with yet another pop-culture phenomenon, the Transformers. And not the Michael Bay hyper-CGI movies, either. This looks to be a full-on 1980s cartoon take on the “robots in disguise” theme, complete with birds disguised as robots that can turn into cars and airplanes.

END_OF_DOCUMENT_TOKEN_TO_BE_REPLACED

The Transformers movies aren’t all that bad. Well, except for the moronic plots, Shia LaBeouf, Megan Fox, Michael Bay, and the over-the-top explosions. I mean, at least the robots are kind of cool. Who wouldn’t want a Camero that can annihilate an entire city for you?

Brave Robotics is a Tokyo-based company that’s bringing Transformer-style robots into the real world, complete with arm missiles and everything. The only catch is that right now a humanoid that transforms into a car costs about $26,000.

END_OF_DOCUMENT_TOKEN_TO_BE_REPLACED

Lantronix, a company which sounds like a Transformer, has added a home version of the xPrintServer to its lineup. Like its office-bound older brother, this xPrintServer lets you print to any printer in your home via AirPrint.

END_OF_DOCUMENT_TOKEN_TO_BE_REPLACED

This smart iPad case from Aussies STM Bags is called the Half Shell, so let’s get the TMNT jokes out of the way now. Done? Good. Let’s continue, because this case has an interesting little secret.

END_OF_DOCUMENT_TOKEN_TO_BE_REPLACED

Gas prices remain high, but over-achieving parents still need their status symbols. So I declare that the stroller is the next SUV, or Strolling Utility Vehicle. Exhibit A, the Origami stroller.

END_OF_DOCUMENT_TOKEN_TO_BE_REPLACED

Our roundup of must-have iOS games this week includes 1-bit Ninja — a unique new platformer that boasts retro gameplay in a stylised 2D side-scrolling world, which you can drag into 3D at any time to reveal hidden paths — like no other platform game you’ve ever played.

Also on our list is Pocket Academy, the latest release from Kairosoft, the developers behind Game Dev Story; and the official Transformers game from Electronic Arts.