In 2010, Steve Jobs proudly proclaimed Apple had become a “mobile device company.” Tim Cook went further, dismissing anything that wasn’t a mobile device as a “hobby project.” It sounded like the Mac’s days were numbered. At Cult of Mac, we even ran a story on how to replace your Mac with an iPad.

How things have changed. With Tuesday’s launch of the Mac Studio, Apple completed the best Mac lineup we’ve seen in more than a decade. The new M1 Ultra chip offers unprecedented desktop performance. And longtime Mac fans will welcome the return of Apple’s Studio Display monitors.

The Mac is most definitely back. So what happened? Why did Cupertino fall out of love with the Mac, and what prompted the change of heart?

It’s all about the bottom line, and how Apple measures it

It might seem strange that Apple lost interest in the Mac. Back in 2010, if it had been spun off, the Mac business alone would have been large enough to become a Fortune 500 company. And it’s only grown since then.

But Apple doesn’t look at its business that way. Since Steve Jobs’ return in 1997, the company has run a single P&L for the entire business, rather than treating each product line as a separate cost center. This encourages Apple employees to look at the overall mission of the company, rather than focusing solely on their own individual fiefdoms. The resulting collaboration enables departments to work together, rather than competing for resources, manpower or money. And that’s why Apple products work so seamlessly as well.

But, there’s one big drawback. A healthy and profitable business, like the Mac, can become eclipsed by a runaway success, like the iPhone, which steals management attention and development resources in the process.

The years between 2010 and 2020 were a wilderness decade for Apple’s desktops and laptops. On the rare occasions when Apple found time to focus on the Mac, it seemed distracted and frivolous, more concerned with novelty than the real needs of Mac users.

Take the trash can-shaped Mac Pro for example. After allowing its predecessor, the first-generation Mac Pro tower, to become embarrassingly antiquated, Apple exec Phil Schiller finally unveiled its successor in 2013. “Can’t innovate anymore, my ass!” he quipped, apparently in reference to the machine’s unusual cylindrical shape. But its shape was completely impractical, with no space for the expansion slots pro users relied on at the time.

Innovation is about more than novelty shapes. It seemed Apple wasn’t making an effort to understand the real needs of Mac users. Another example of this was the Touch Bar, introduced to much fanfare in 2016, only to be scrapped with the introduction of the M1 MacBook Pro last year. It was certainly an intriguing idea, but most pro users found little use for the Touch Bar and missed the physical function keys it replaced.

You can be too thin 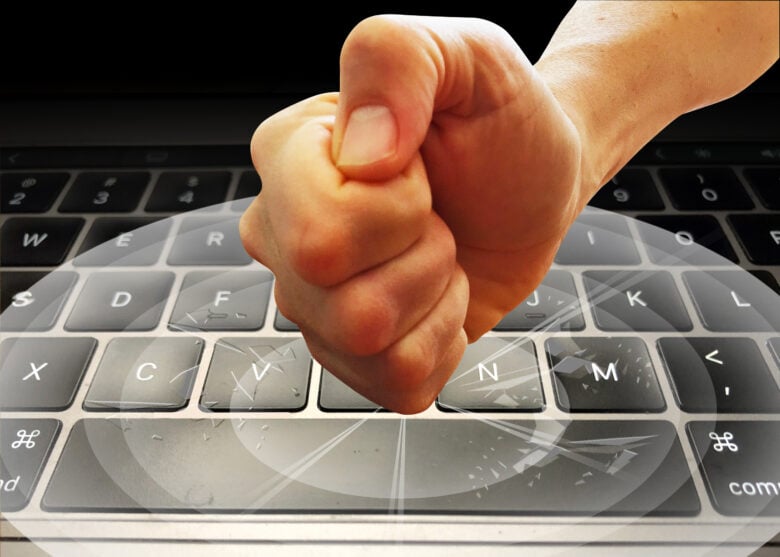 In 2007, Apple ran an ad for iMac with the headline “you can’t be too thin.” This was a poor choice of words. Eating disorders can have serious health consequences.

The Alliance for Eating Disorders Awareness called Apple out, and the ad was withdrawn. But Cupertino’s bizarre obsession with slimming down the Mac persisted.

During the wilderness years of 2010-20, Apple became like a cruel stepmother, putting the Mac on a starvation diet while lavishing its siblings with attention. With every revision, MacBooks were expected to become thinner. USB, HDMI and SD card slots were all sacrificed in this unrelenting quest to shave off more fractions of an inch.

The MacBook Pro’s notorious butterfly keyboard was a result of this obsession. The keyboard was so slimline, its keys jammed whenever the tiniest mote of dust got stuck in them. Even basic functionality like a working keyboard was sacrificed in Apple’s quest to make MacBooks thinner.

The irony was that a slim form factor was never very interesting to Mac users anyway. It might make a difference for iPhones, because you slip them into your pocket, but for a Mac, not so much.

The final chapter of the Mac’s wilderness years was the third-generation USB-C Mac Pro. In some respects, this machine demonstrated Apple had finally started listening to Mac users. It had a practical, expandable design, at least. But starting at $5,999, it was so expensive, most creative types who rely on desktop Macs to make a living couldn’t afford it.

It was as if Apple was petulantly saying, “You want pro? Fine. Is this pro enough for you?” Nothing exemplified this more than the stand for the Pro Display XDR, priced at an eye-watering $999.

A shiny luxury pickup truck you want to drive everywhere

At an AllThingsD conference in 2010, Steve Jobs famously said that iPads are like cars, while Macs are like trucks. The argument went that most people just need a car to drive around, but occasionally you need a truck to do some serious heavy lifting.

But during the Mac’s wilderness years, people started to question whether anyone really needed a Mac at all. One of my colleagues at Cult of Mac even suggested that, while it might take some getting used to, an iPad could replace a Mac for most users.

The reality was rather different. Even after all these years, Apple still hasn’t achieved feature parity for basic apps like iMovie, Pages, Numbers and Keynote. The Mac versions of these apps offer many more features than their iPad equivalents. And Apple’s pro apps — Logic Pro and Final Cut Pro — still haven’t been ported to iPad. I suspect the iPad’s touch UI is just not suited to the complexity of this class of app.

The prospects of using an iPad for software development aren’t much better. After all these years, Xcode still hasn’t made its way onto the iPad. Perhaps it never will. iPad users have to make do with the simplified Swift Playgrounds app instead.

Meanwhile, the Mac is a pleasure to use for pretty much every task, from the complex to the most simple. If the Mac is a truck, it’s a shiny, luxury pickup truck you want to drive everywhere.

If Xcode needs the Mac, then Apple needs the Mac. Far from being dead, the Mac remains the cornerstone of Apple’s entire ecosystem. iPhone, Apple Watch, iPad and Apple TV all depend on it for software development. Maybe that’s why Cupertino has found the love for Mac again, devoting serious resources to its M1 chip line. As Apple silicon has rolled out across the Mac lineup, it’s been one smart decision after another.

The 2021 MacBook Pro is like a skinny kid who just discovered the gym, bulking-up to become the powerful beast it was always meant to be. The blisteringly fast M1 Pro and M1 Max chips beat even the speediest Windows laptops.

Apple also reversed all the whimsical decisions of the wilderness years. The SD card slot, HDMI port and even MagSafe made a welcome return. The Magic Keyboard may not literally be magical, but it does work, and that’s progress. And the function keys are back, too. This is the machine creative professionals and developers had been craving — and Apple finally delivered the goods.

The 24-inch M1 iMac put some personality back into the Mac lineup last year with a breezy new design. After being consigned to gloomy gray for a decade, the new iMac’s selection of eye-popping colors are enough to make you blink. These lovable machines are worthy successors to the original iMac with its quirky Bondi Blue design. Like the M1 MacBook Pro, they hark back to the golden era of the Mac.

And finally, we now have the Mac Studio. The “Studio” moniker is another reference to the Mac’s illustrious past. Apple also resurrected the Studio Display brand it used for monitors until 2004. This is yet another sign that the Mac’s glory days are back, and it’s giving me goosebumps.

The Mac Studio is a machine worthy of the Studio name, combining incredible power with an affordable price and practical design. Its appearance might not have the wow factor of a trash can shape, but there’s sophistication in its understated simplicity.

The wilderness years are finally over. This is a Mac lineup Apple can be truly proud of. Maybe it’s time Cult of Mac ran a piece on how to migrate from iPad to Mac.