The entire U.S. has contracted a serious case of Pokémon Go fever, with millions of would-be Pokémon trainers hitting the streets in hopes of becoming the very best like no one ever was.

Becoming a Pokémon Master ain’t easy, but if you know what you’re doing you don’t even have to leave the house to do stuff like hatch eggs, lure in Pokémon and toss a wicked curve ball.

Here are the Pokémon Go tips you need to know to dominate the hottest game in the world.

Use Yelp to find a PokéStop

An update to Yelp makes it easy to find nearby PokéStops. To access the PokéStop finder on the Yelp iOS app, all you have to do is swipe through the list of filters at the top and tap “PokéStop Nearby.”

Strap your iPhone to a fan to hatch eggs

Too lazy to go for a 5-kilometer walk to hatch a new Pokémon egg? Simply tape your iPhone to the ceiling fan and your egg will be done in minutes.

Pokémon Go is the first app to make augmented reality a big deal, but it’s actually way easier to catch Pokémon if you turn it off. You still get to toss Poké Balls at critters, but instead of having to aim your camera around to find them, they simply appear in an animated green field.

There’s absolutely no reason to not have a ton of Poké Balls in your backpack, because you can retrieve misses by tapping on the Poké Ball that failed to catch a monster.

Find all the Poké Stops

Want to know if there’s a Poké Stop at the restaurant you’re going to later tonight? With the user-created map above, you can find out. Anyone can add to the map, though, so some of the data might not be correct.

As soon as you tap a Poké Ball to throw it, watch for the colored circle around the Pokémon to start shrinking. You want to time your throw to hit the circle at its smallest point. You can also tell how hard a Pokémon is to catch by the color of circle: Green is easy, red is hard.

Too lazy to walk or ride a bike around town? Drivers are now offering their services on Craigslist to Pokémon hunters. In New York City, you can pay around $25 per hour to have someone haul you around the city in search of Jigglypuffs and Venonats. 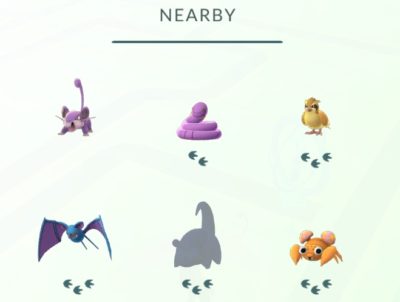 You can find out which Pokémon you have a chance of catching by looking at the Nearby tab. Each Pokémon will have a few feet underneath their icon, indicating how far you’ll have to walk to find them, the fewer feet, the closer they are.

Constantly keep your eggs in an incubator so that you hatch new pokemon quicker to gain XP. If you don’t want to walk around, strap them to your Roomba.

Just because you already have a Pokémon in your pokedex doesn’t mean it’s not worth catching. It could be more powerful than the one you have and, if it’s not, you can always trade it into the professor to get power-ups to evolve your other Pokémon.

Want to feel like a true Pokémon Master? Throw curveballs at Pokémon by tapping on your Poké Ball and then spinning the ball around for a few seconds. Then toss it toward the side of your screen and watch it curve back to hit your target. Throwing a curve also gives you a bonus on XP.

Attaching a lure to a PokeStop is a great way to catch a ton of in a short amount of time. You can pick them up in the shop. They last 30 minutes each and will also help other players near the PokeStop.

It’s all about the Razz Berries

To ensure a Pokémon doesn’t bust out of the first ball you throw, start off by pulling a Razz Berry out of your pack to make it docile. You don’t get access to Razz Berries until Level 8 in Pokémon Go, but once you do, make sure to keep plenty in stock for the rare Pokémon. 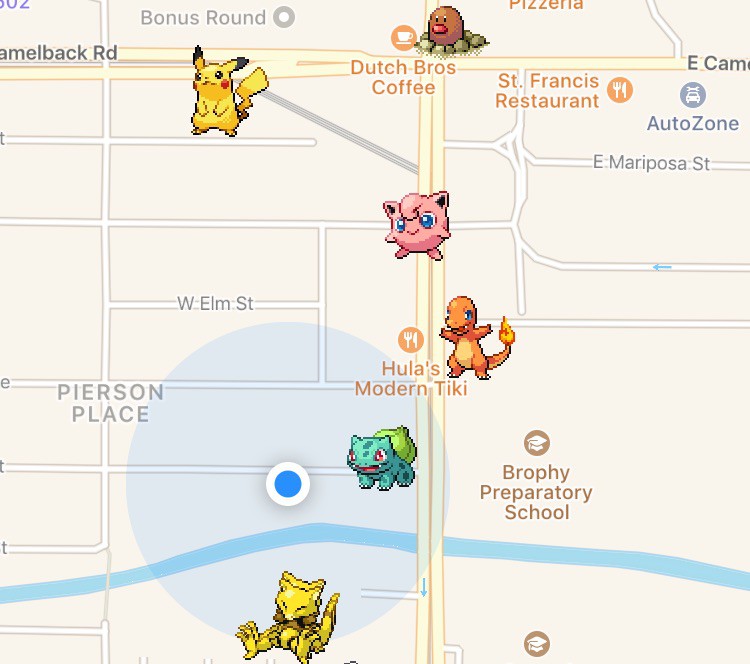 Want to know what type of rare pokemon have been spotted near you. The Poke Radar app for iOS lets players mark what they’ve found on a map. They also have a website and there’s an Android app in the works.

Right before you evolve your pokemon, make sure to activate a Lucky Egg to get double the XP. Evolving pokemon and catching a new pokemon both give 500 XP, which doubles to 1000 if you have a lucky egg activated, making it much quicker to level up.

Play in a foreign country

Pokémon Go hasn’t launched in your country yet? That’s no problem. You can still get in on the action by following the steps in the video above so you can play Pokémon Go no matter where you live.