The iPhone 7 Plus may boast more storage than any smartphone Apple’s ever created, if the company uses a tiny new chip by SanDisk that packs 256GB of flash storage.

Photos of the new chip destined for smartphones surfaced on an Italian tech blog comparing them to the old 64GB NAND flash chip SanDisk made for Apple in the past.

Check out how little the new chip is next to the old 64GB model: 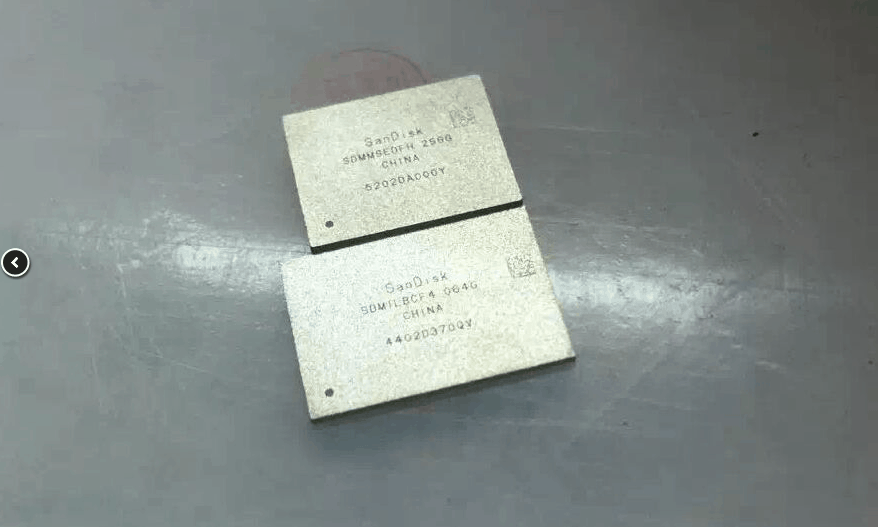 There’s no indication that SanDisk’s new chip (on top) is destined for the iPhone 7 or iPhone 7 Plus, but Apple did use SanDisk memory chips in the iPhone 5, iPhone 6 and iPhone 6 Plus. Apple last upgraded the top iPhone storage option to 128GB in 2014.

Previous rumors from China have claimed that the 256GB option will be exclusive to the iPhone 7 Plus, which may also feature a dual-lens camera as another exclusive feature. The battery might also be bigger than the iPhone 7, making it more of a “Pro” model.

If Apple does boost storage to 256GB, hopefully that means 32GB will become the new baseline, with 128GB as a middle option and 256GB as the top tier.