Thanks to innovations like Apple Pay, Touch ID has become increasingly useful as of late. But Apple’s got another idea it’s been toying with also — in the form of a “panic mode,” which can be entered by unlocking your iPhone with a certain finger. 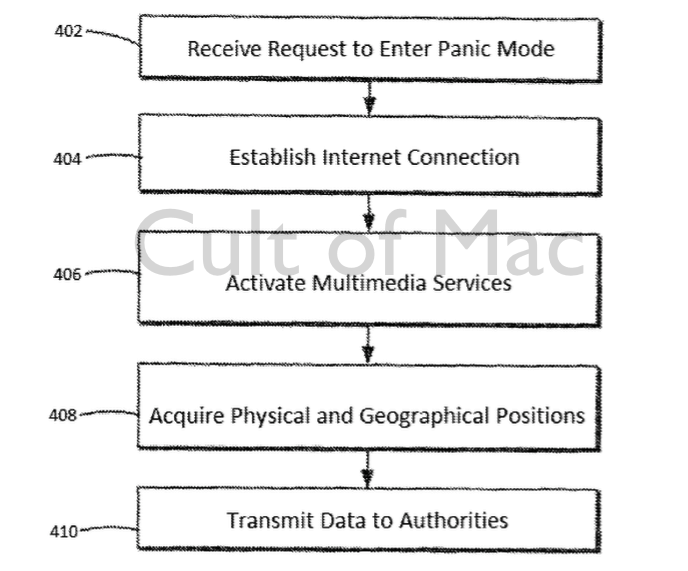 Apple offers a few differing versions of what this panic mode might do. In some, it would simply lock down the phone and limit access to personal data. In others, it could surreptitiously record video or snap photos of the person using the phone — something which would be ideal if an iPhone is stolen.

In still others, the mode would activate the iPhone’s microphone, so that users could be quickly connected to the police; be made to sound a loud alarm; or transmit a distress message to selected other iPhones.

As Apple explains it:

There’s no guarantee, of course, that this nifty concept finds its way into a future iPhone or iPad, but it’s certainly a neat idea. Activation Lock has slashed the number of iPhone thefts in recent years, but there’s still no doubting that Apple’s exclusive handsets are still a magnet for thieves or no-goodniks.

As far as patents go, I’d definitely rather see this than a pop-out joystick hidden in my iPhone’s Home button — let’s put it that way!