Have you ever noticed that the MacBooks are positioned at a slightly awkward angle whenever you visit an Apple Store?

As it turns out, there’s method to Apple’s madness — and it’s all about getting customers to adjust the screens, thereby giving them a taste of just how gorgeously tactile the company’s MacBooks really are.

But things don’t stay the same for long in Cupertino. According to Business Insider, a recent instruction to Apple Store employees mandates that instead of being angled at 70 degrees as they have been previously, now MacBooks must be positioned at exactly 76 degrees.

As to where the 76 degree angle comes from, sadly there’s no explanation.

From speaking with many Apple employees over the years, however, I do know that Apple was one of the first tech companies to rely on the cutting-edge findings of retail psychologists to give it the edge, however subliminally, when it comes to winning customers.

No doubt the exact origin of 76 degree MacBooks will one day pop up as an anecdote in Tim Cook or Angela Ahrendts’ memoirs.

For your interest, here’s a comparison of the two distinct MacBook angles. Which one would get you to part with your cash? 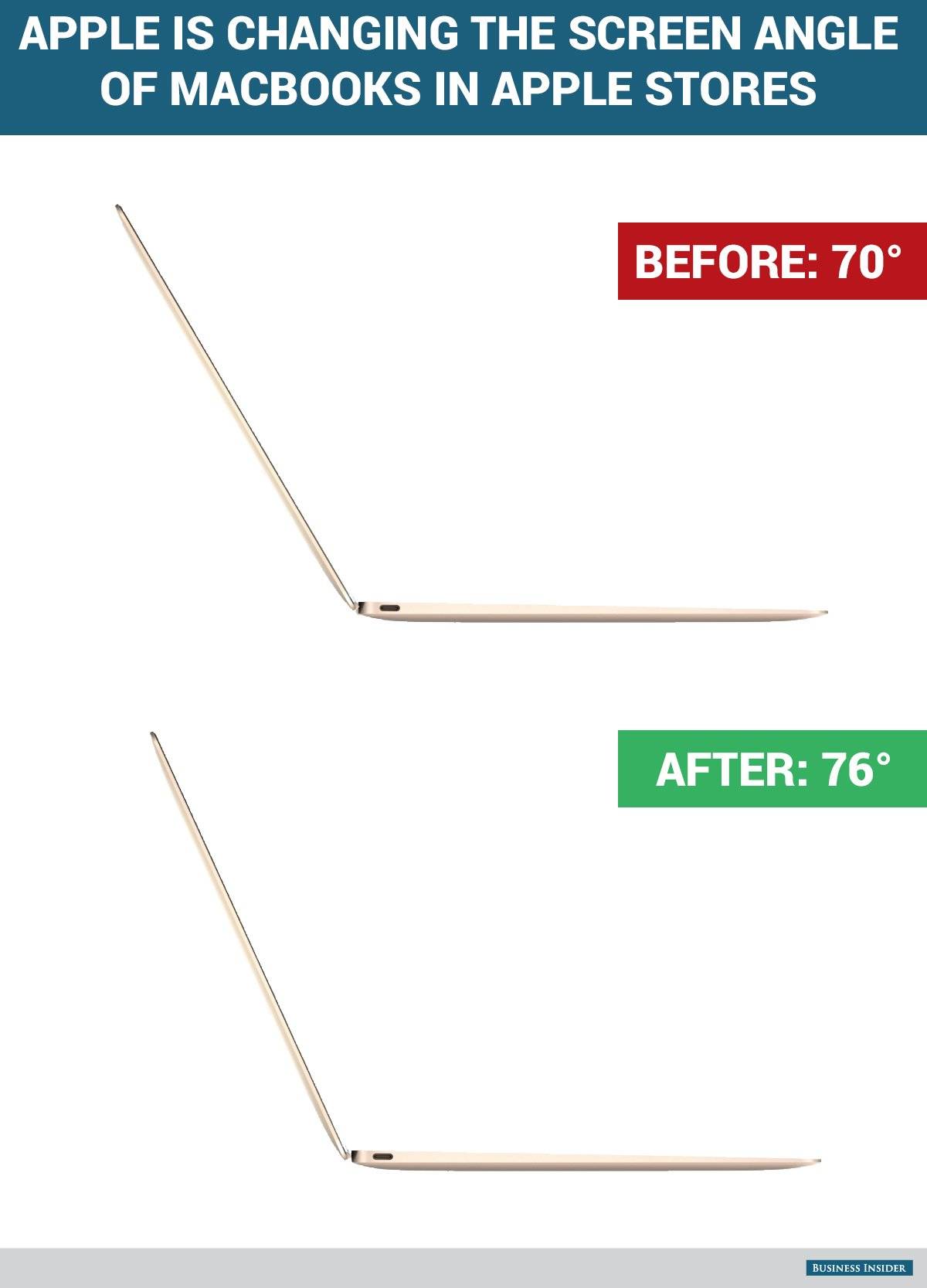