Steve Jobs was notorious for cruising around Silicon Valley in a Mercedes without a license plate during his last decade at Apple, but before El Jobso upgraded to the SL55 AMG, he and his wife Laurene owned a BMW 325i convertible.

That convertible can be yours, now that its third owner is placing the unique bimmer up for sale.

The Jobses were the original owners of the vehicle from 1995 to 1996, when Steve was out of the Apple spotlight and building NeXT. Kelly Blue Book places the value of the car at $2,374, but its current owner, Julius Winegar of Mountain View, California, is hoping an Apple fanboy would be willing to scoop it up for $15,000. 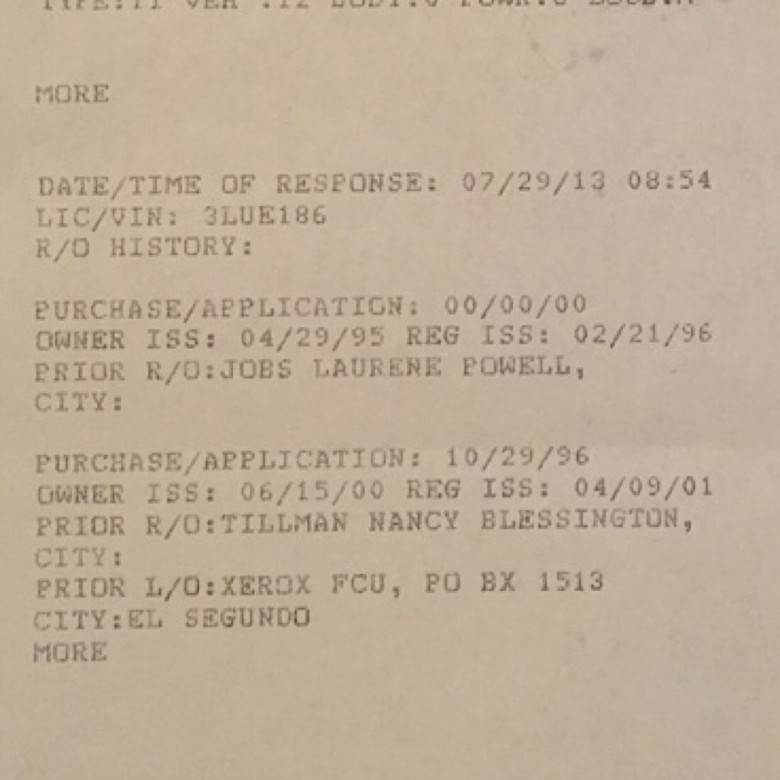 The Instamotor listing for the BMW 325i says the car comes with a bevy of upgrades, such as a premium stereo, heated seats, leather interior and a USB port to charge your iPhone. No CarPlay included, but if you don’t have the cash, Winegar says he’d be willing to accept trades.

“There’s no way I’m going to try to sneak the price by someone,” Winegar told SFGate. “It’s pretty obvious the price is high. But that’s the price I’d be willing to give the car up for. I’d really like someone who’s a Steve Jobs fan and a collector to buy it.”