Keeping your iPhone charged on the go can be a hassle. You have to bring an extra Lightning cable and a big bulk battery just to keep yourself plugged into your texts, phone calls and all the happenings on social media. But one creative clothing manufacturer has come up with a clever solution that puts a charger in your pants.

Joe’s Jeans is launching a new denim line called the #Hello jean, which solves your power woes by integrating a small battery pack above the back pocket. That way you can carry on with your life without becoming a wall hugger.

Here’s a closer look at the charger: 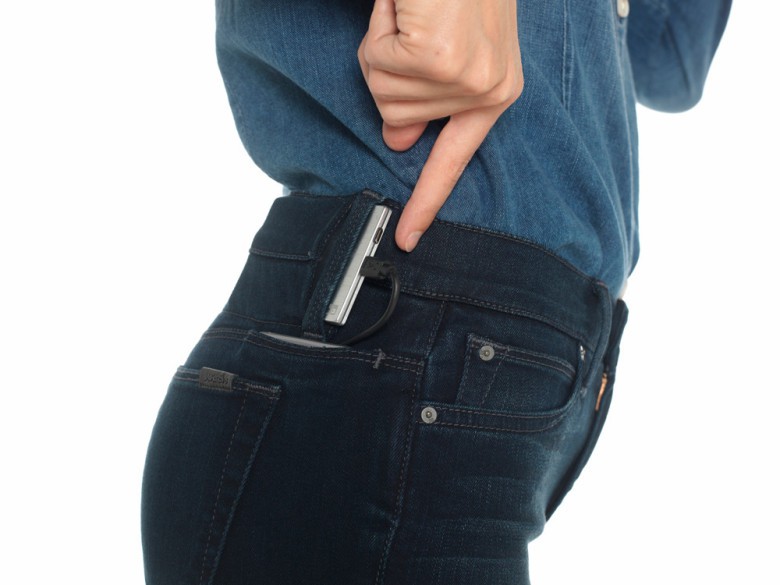 These designer jeans don’t come cheap though. A pair of mid-rise skinny #Hello jeans will set you back $189, and that doesn’t include the battery pack. You’ll have to pay an extra $49 for the convenience of charging your iPhone with your jeans, but the battery pack comes with both Lightning and mini-USB cables so you can charge your friend’s Android too.

The battery pack will charge an iPhone 5/5s up to 85 percent and an iPhone 6 up to 70 percent, but the back pocket isn’t big enough to accommodate the iPhone 6 Plus. Preorders start shipping later this month, but don’t forget to take the components out before you toss your jeans in the washer.