The newest version of North Korea’s  state-controlled operating system was made available to the public for the first time ever this week. The last version (Red Star 2.0) was designed to look just like Windows, but for the sequel, Kim Jong Un’s minions have taken some inspiration from Apple and completely redesigned their Linux-based operating system to look just like OS X.

Red Star 3.0 was leaked via torrents a few days ago. We wouldn’t recommend installing it, but the folks at The Next Web took the plunge and discovered the painstaking details Pyongyang went through to replicate OS X.

Everything from the dock, menu bars, settings, and even the spinning beachball of doom, have been ported over to the operating system. A few remnants of the Windows copying days still linger, like the ability to run Windows 3.1 apps, but the rest of Red Star 3.0 is full OS X clone through and through.

Take a look at the similarities:

Rather than using Chrome or IE, the Korea Computer Center has created a modified version of Firefox called Naenara. It’s unclear how many people in North Korea use the Red Star operating system. Will Scott, an American expert who’s taught Computer Science in North Korea, says most end users in the country use Windows XP and a little Windows 7, but the Red Star OS X clone is likely used more for automation and contracting project.

For those wanting to take Red Star for a spin, the North Korea Tech blog has published an guide on how to install it inside a virtual machine. 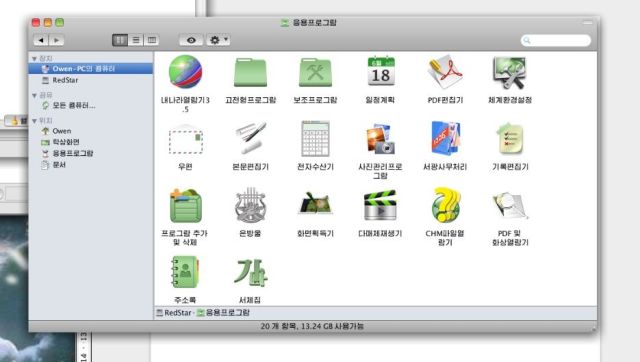