Sure, folks have been lining up for several days now, causing equal parts consternation and praise, but with pre-orders selling out in hours – leading to record breaking pre-sales – it’s no wonder that the lines at Apple retail stores around the globe are beginning to super size themselves as well.

Reports of scarce supplies of the iPhone 6 Plus are only adding to the madness and we’re only going to see even crazier lines the countdown nears zero. It can only get more wild from here.

One Apple fan in Arizona told Cult of Mac he wants an iPhone 6 Plus so bad he actually paid a teen for their top spot in line at a local Apple Store. She charged him $80. Half up front as a down payment to hold the spot until 4AM, when he’ll come back and maybe get to buy a gold iPhone 6 Plus.

“Doing an after work drive-by to make sure.” he told us. “They seemed cool, and I grilled them. So, hopefully we are good.”

Other fans aren’t as nearly hopeful, but the lines are just getting crazy around the world. Take a look:

The Morning 9 news team in Australia reports on Twitter that there are 2.5 thousand people in a line that started over 12 hours ago. Twitter user Trevor long nabbed a shot of the craziness, too.

The Regent store in London looks like some third-world country with all the emergency personnel in the background. These lines are insane. Photo: @qatar_one 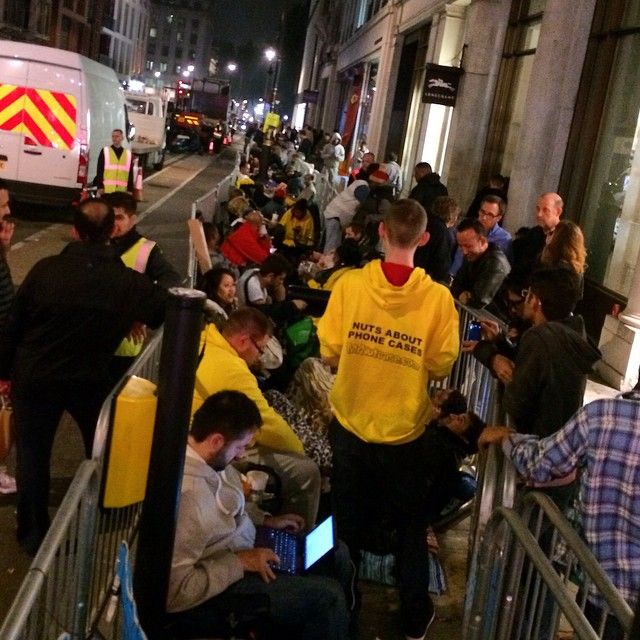 This timelapse video from at the Apple Store in Sydney, Australia from Josh Hunt shows that the line takes five minutes to walk.

Here’s a still photo of the insane line at the same Apple Store in Sydney from Gerry Saputra.

Above is a full-on video of the madness from Sydney from Ben Pasternak. 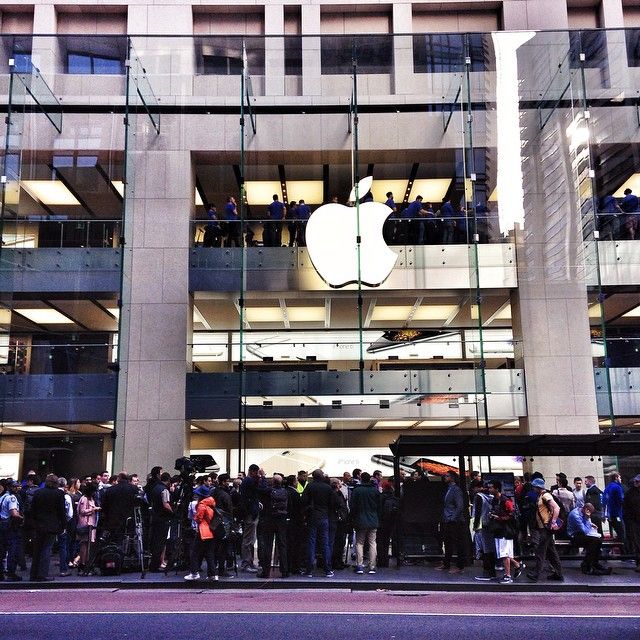 Timothy Law in Melbourne, Australia notes that even the Apple Store employees are going a bit insane with excitement. Check out the enthusiasm here.

Law’s other photo shows the line there looking several people deep, as well as long. This is crazy stuff. 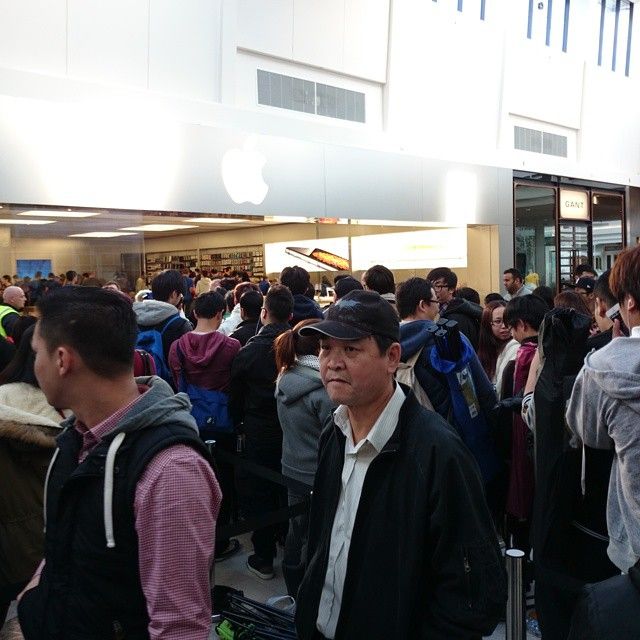 What about you? What’s happening in your neck of the woods? Got crazy lines going on? Wild camping scenarios? Shoot us a tweet at @cultofmac and tag it with #applestore and we’ll include some of the great ones.