It’s a mere 24 hours and change before Apple retail stores open their reservation system and doors to allow the hordes of adoring Apple faithful to pony up a bunch of cash for the privilege of walking out with an opening day iPhone 6 or iPhone 6 Plus.

The lines are already forming, though, with hardy line sitters getting ready for the big event. This is a global phenomenon, as you can see from the images above, gleaned from Instagram and Twitter. 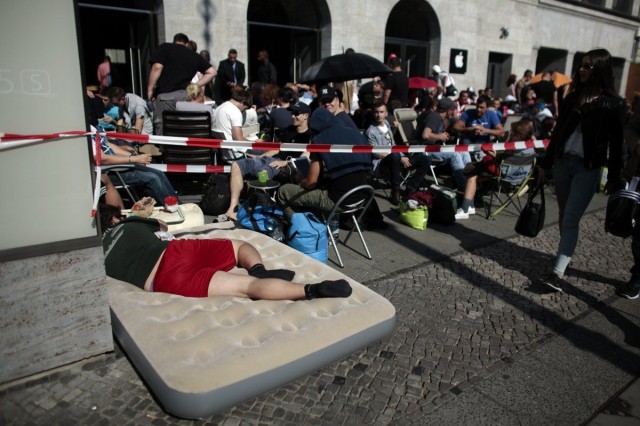 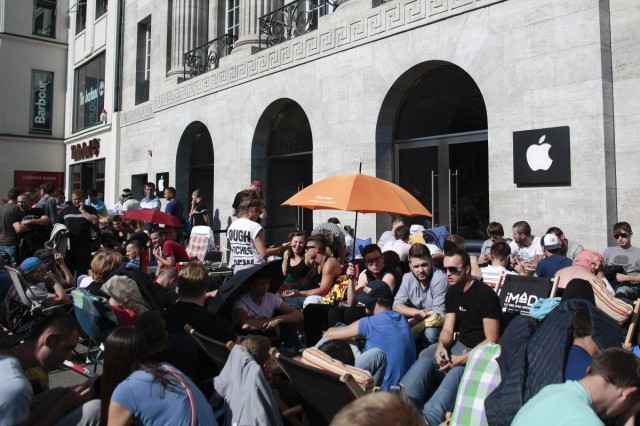 A couple of photos from Berlin here, showing the hundreds of people lining up already for Friday’s iPhone 6 launch. Sleeping on an air matress is the height of glamping, too — might as well hang out in comfort, though maybe a longer pair of pants would be a nice thing to put on. Photos: Markus Schreiber/Associated Press 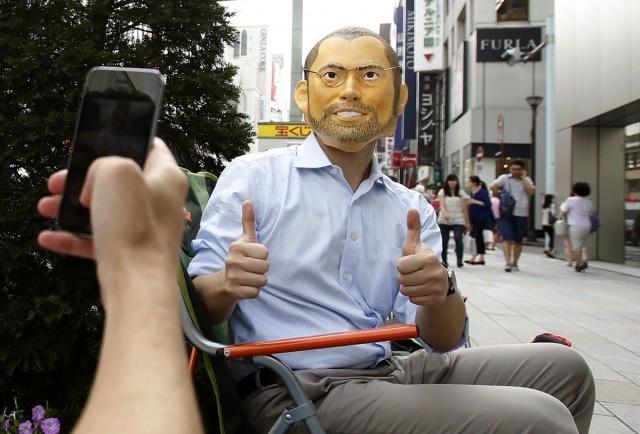 Honestly, what would an Apple line up be without a guy in a Steve Jobs mask? Nothing, that’s what it’d be. Photo: Yuya Shino/Reuters 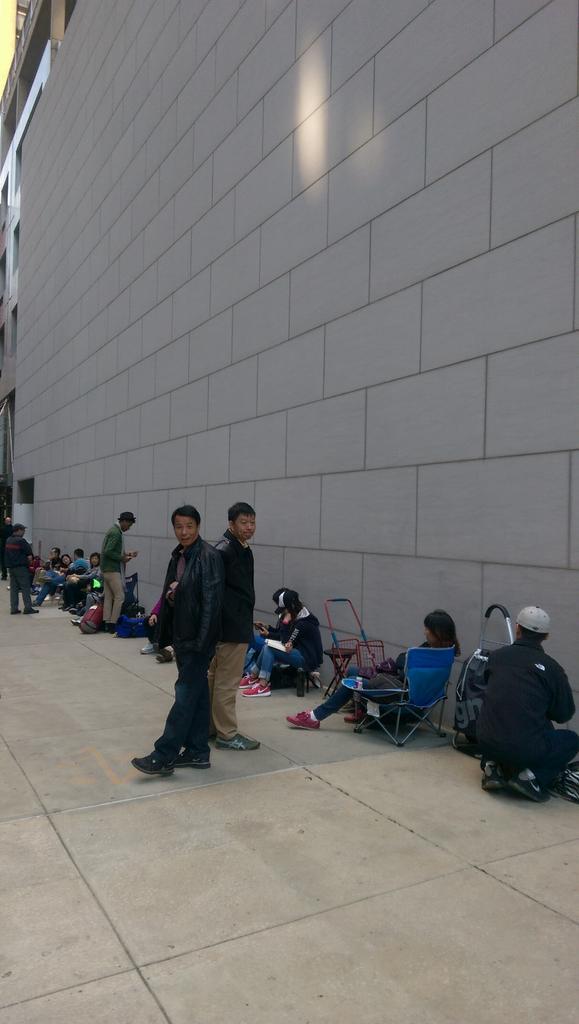 The Upper West Side Apple store has a line that stretches an entire city block along the side of the building. Photo: @alligoldberg 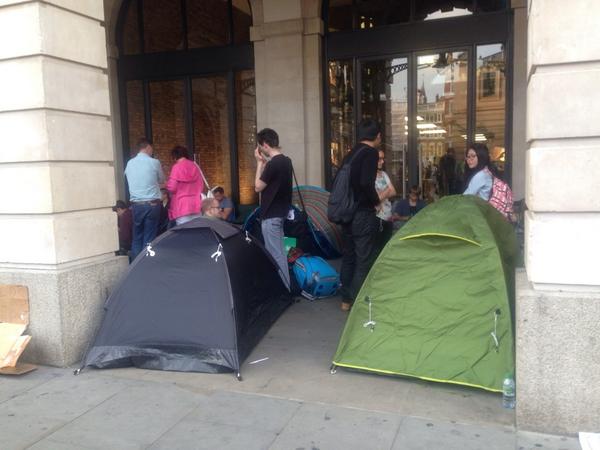 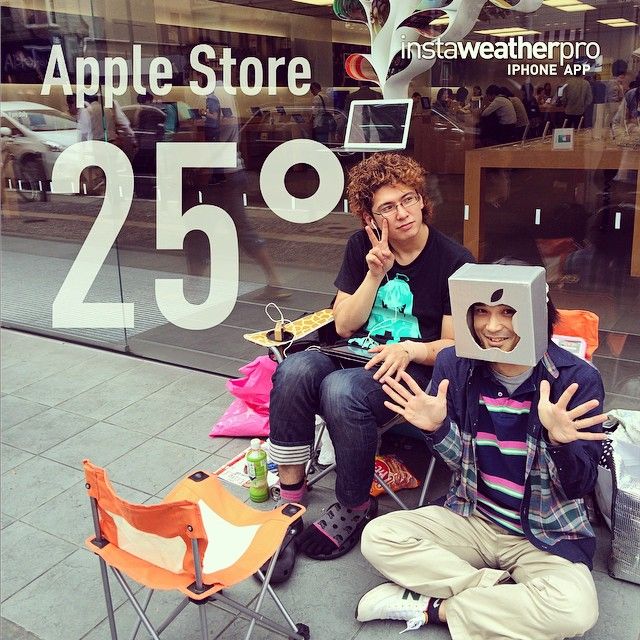 This just in – wearing a funny helmet and throwing the peace sign with an InstaWeather pro snapshot will get you noticed. Oh, yeah, and also in line a day early for the iPhone 6. Photo: @tatuya_ig 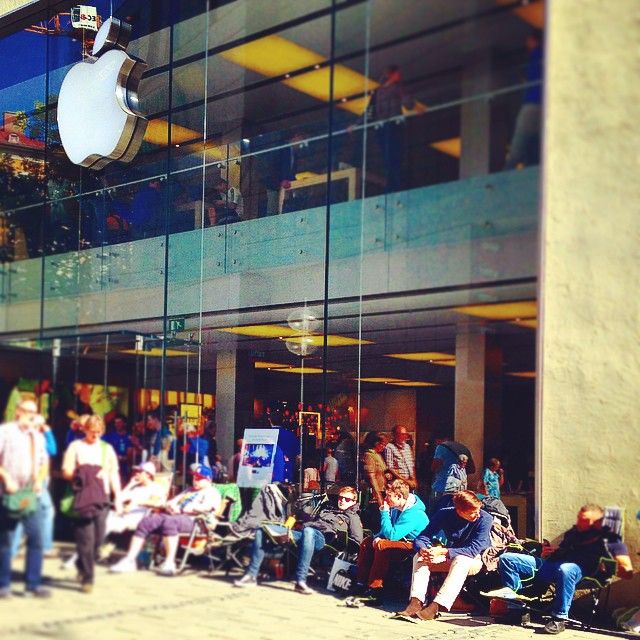 The at the Apple Store in Munich, Germany looks pretty fun with all those party animals in sunglasses. Photo: @antoniantoniantonia 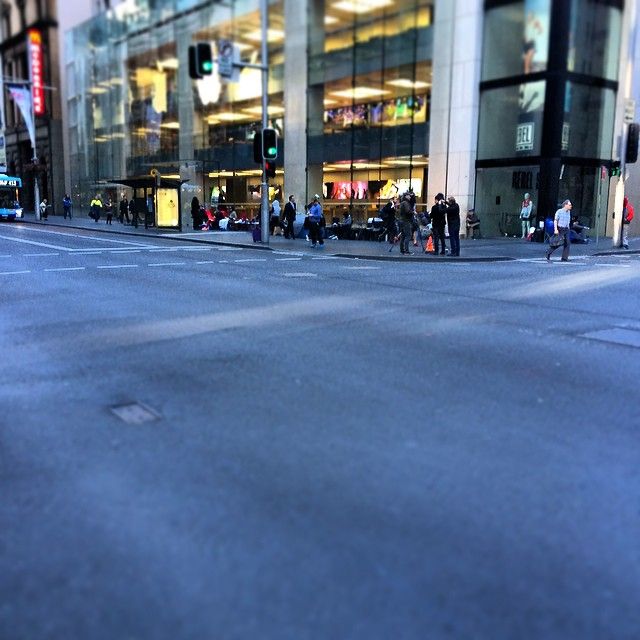 Looks warm down there in Sydney, Australia, doesn’t it? Good weather to wait on that iPhone 6. Photo: 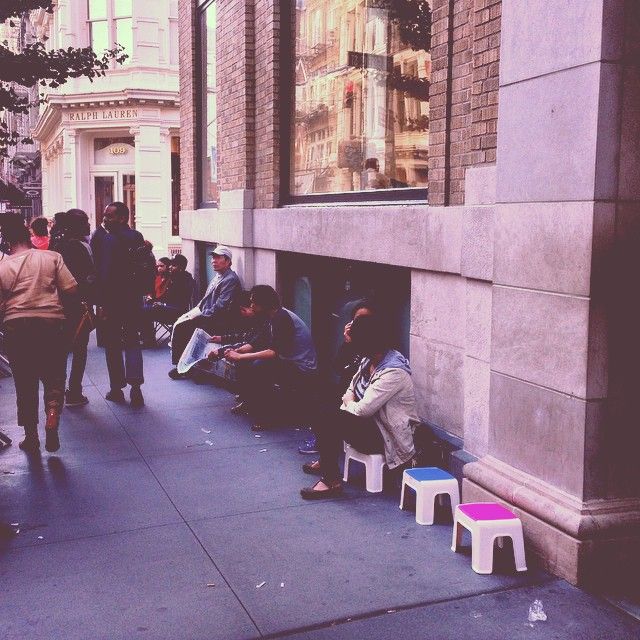 This photographer thinks these folks in the Soho district in Manhattan are #insane #crazypeople Photo: @kosuke_james 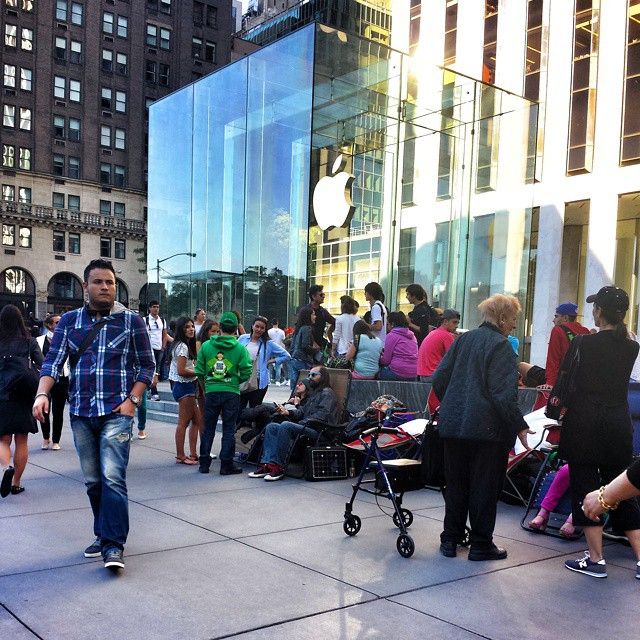 The photographer here wonders what the world is coming to (translated by Google, at least) at the 5th Avenue store. Photo: @lana_spb_nyc 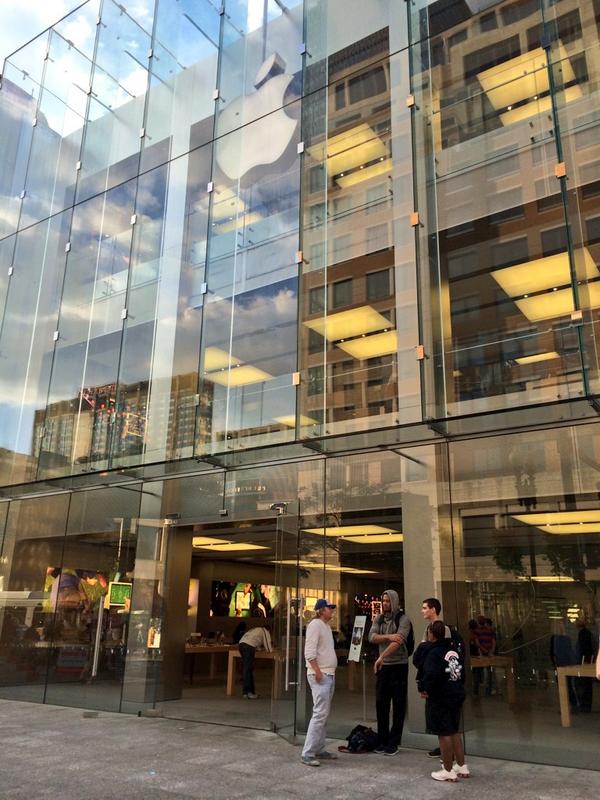 This line started Sunday, according to @BotsonTweet. We hope he snaps a picture of the line now, too. 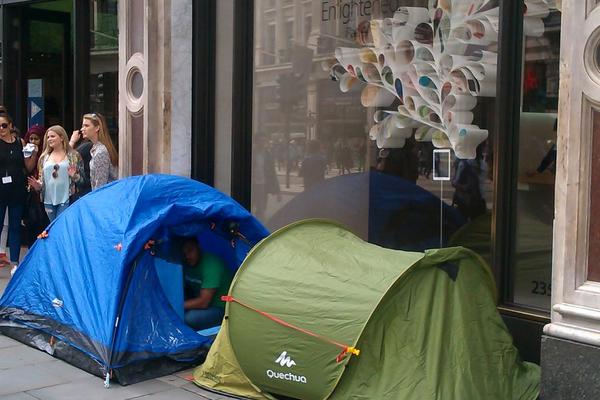 There are actual tents in front of the Regent Street retail store in London — got to wonder how long they’ve been “queueing.” Photo: @LandmarkAgent

What about you? Are you sitting or standing in line already? Take a picture and send it to @cultofmac from wherever you are in the world. Just tag it with #applestore and we may just use your photo above.