We’ve seen famed Apple concept designer Martin Hajek’s take on Cupertino’s possibly mythical, believed-to-be-forthcoming iWatch before, but that was before iOS 7 came along. So Hajek decided to adapt his design for the post-Forstall age.

The result? The iWatch S and iWatch C, which have not only been updated to support iOS 7 (at least in Hajek’s head), but which have taken some new design cues from the iPhone 5s and iPhone 5c. 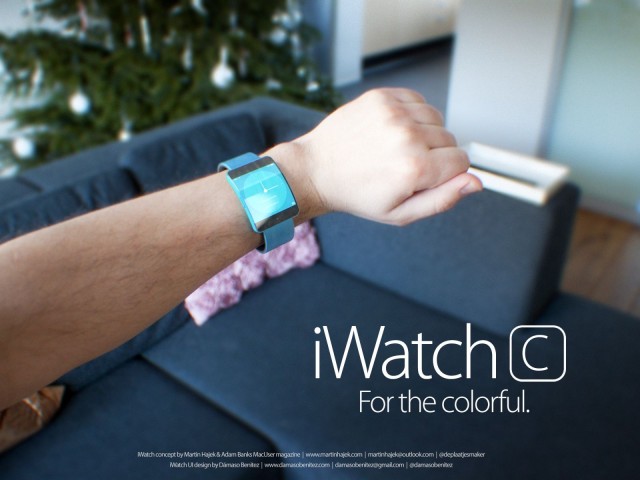 Personally, I really like the iWatch C, but I think that’s largely because I’ve always found Hajek’s taste in stitched leather watch straps to be fairly tacky.