Apple was bested by Samsung in the results of J.D. Power’s latest tablet customer satisfaction survey, marking the first time that Apple hasn’t come out ontop in the rankings in over two years.

Samsung was the only tablet manufacturer to improve its score since the last survey was released in April by jumping from a 822 to a score of 835, even though it finished third behind Apple and Amazon in the last survey. Apple ranked second in the latest survey with a score of 833 with strong scores in both performance and ease of use. 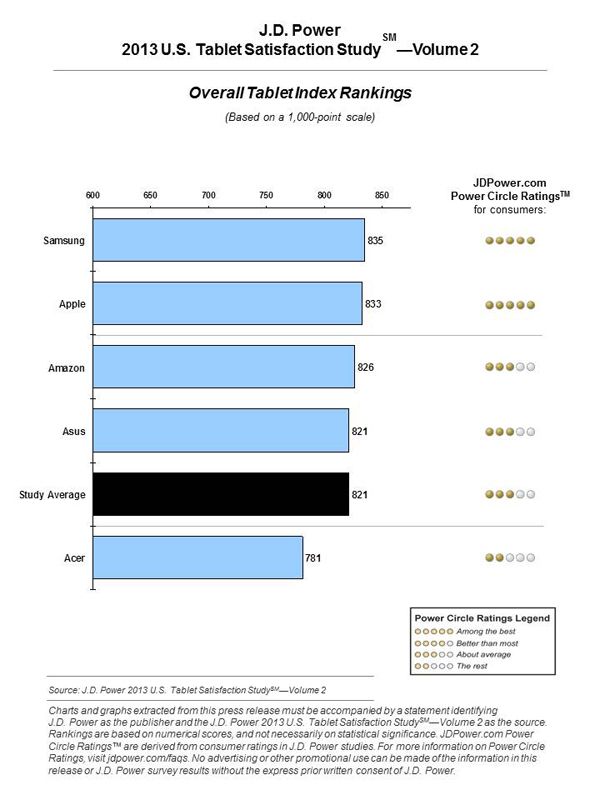 Source: J.D. Power
Number of comments on this postLeave a comment