Yesterday, we saw new pictures of the silver and space gray iPad 5, and today, we see the same thing, shrunk down a spell: the iPad mini 2, in space gray and silver, natch. 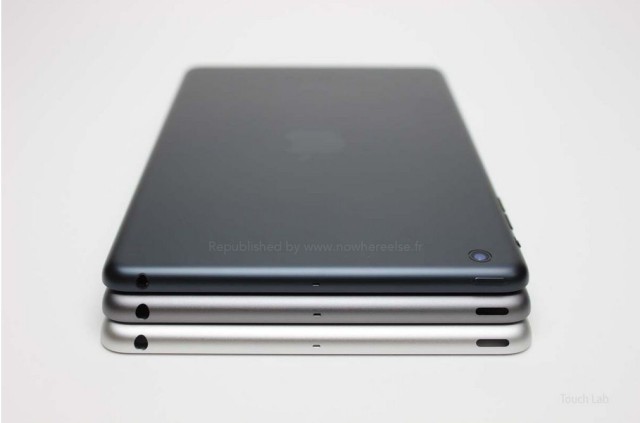 There’s not much to tell about these photos that we don’t already know. The iPad mini 2 will adopt the iPhone 5s gold and space gray color schemes (though, curiously, there seems to be no gold option). Otherwise, the iPad mini 2’s size and shape appears to be identical to the previous iPad mini.

Apple is widely expected to unveil a new iPad mini at their iPad event on October 22nd. The big question mark is whether or not the new iPad mini will have a Retina Display. When the iPad got a Retina Display, it became bigger and heavier, but that doesn’t seem to be happening with the new mini.

What does it mean? We’re only two weeks away from knowing.