Parts for Apple’s rumored low-cost iPhone, recently dubbed the ‘iPhone 5C’, have been trickling out of the supply chain overseas for the past few months. We’ve seen nearly all facets of the upcoming device, including a slew of bright colors Apple is considering for the plastic back.

China has been historically known as the homeland for cheap Apple knockoffs, and the unreleased iPhone 5C is no exception. Thanks to the wealth of leaked parts that are floating around, you can buy a hollow iPhone 5C right now for 98 Chinese Yuan. 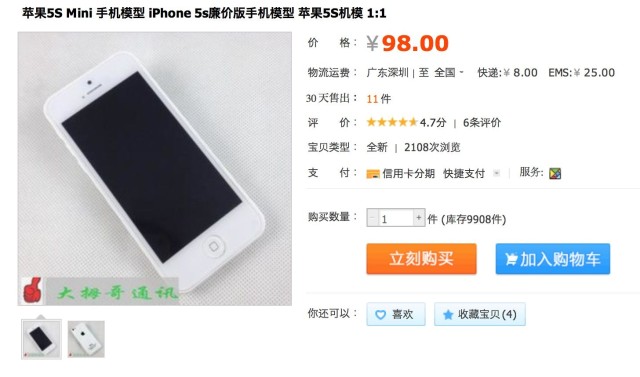 German Apple news blog Apfelpage.de had one of its colleagues in China order an “iPhone 5s” from Taobao, the Chinese equivalent of eBay. The unit sells for 98 yuan, which translates to about $16. The box it is delivered in contains only the hollow shell and no accessories.

“The inside is filled with yellow cardboard”

It looks pretty legit at first glance, but the display is actually plastic, not glass. The inside is hollow and filled with yellow cardboard. This is only a (very) partially assembled device like all of the leaks we’ve seen up to this point.

Unlike other leaks, the back shell has a FCC logo, which means that it likely went through some channel of certification before leaving the supply chain. Apple prototypes different product designs all the time, and many of them never see the light of day. But previous part leaks do match up with what you see here. 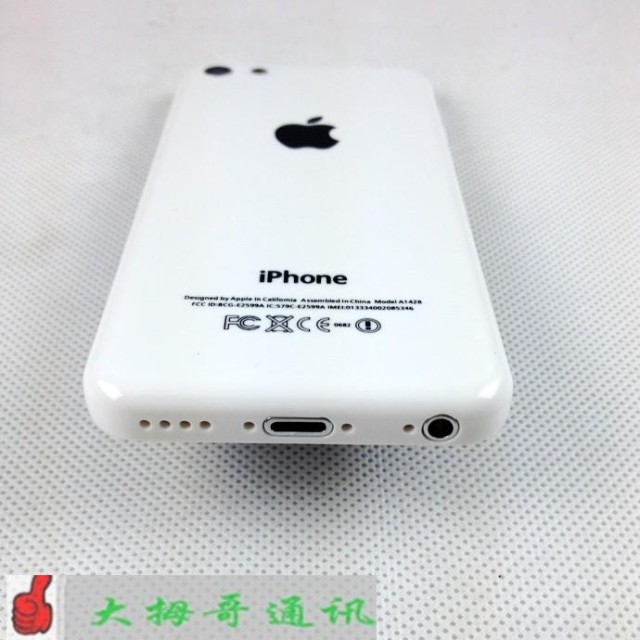 The iPhone 5C—or whatever it will be called—is widely expected to ship this fall alongside the iPhone 5S. While the 5S is rumored to feature improved specs, it’s probable that Apple will repackage the iPhone 5 with a plastic shell in a variety of colors to sell at a cheaper price point—hence the “C?”