An image of what is claimed to be a bunch of new batteries for the iPhone 5S on an assembly line has surfaced today. If it is genuine, it confirms the iPhone 5S will be battery-powered like its predecessors, and it debunks rumors that have claimed Apple will turn to more traditional energy means such as coal and paraffin.

The batteries are all plain, unfortunately, so it’s hard to tell whether they boast larger capacities than previous iPhone batteries, or whether they are any different at all. The lack of any identification also means that it’s even harder to tell they’re even Apple batteries; they could be for anything, really. 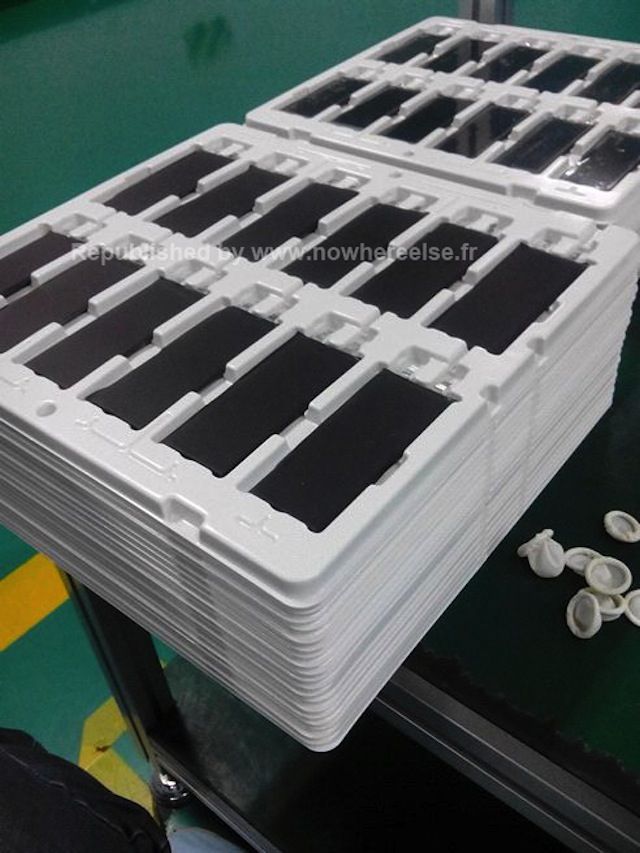 But they wouldn’t be the first Apple parts to slip out of Apple’s partner factories. In recent months, we’ve seen a number of alleged iPhone 5S parts, including SIM trays, vibration motors, displays, and numerous flex cables for different components. There’s a good chance we’ll see more before the device gets its unveiling this fall as well.