It all started as a concept in a forum. A designer who goes by the online name of “Sentry” posted mockups of a redesigned app switcher for the iPhone. It was such a unique and innovative take—webOS-like app cards and quick access to Settings toggles—that it got picked up by dozens and dozens of big websites, Cult of Mac included. “This is the awesome, radically redesigned app switcher we want to see in iOS 7,” we said at the time.

iOS 7 is right around the corner, and there’s been no indication that the app switcher will get a significant update.

Several months after the concept was first posted, it became reality in the form of an iPhone jailbreak tweak called Auxo. Now that hundreds of thousands of jailbreakers are using Auxo as a default app switcher replacement on the iPhone, an iPad version has finally been released.

Auxo for iPad isn’t merely a port of the iPhone version, and that’s part of the reason it took so long to make. The team behind Auxo, Sentry and developer Jack Willis of A³tweaks, has been busy releasing other tweaks like Luna, Axis, and AltKeyboard as well.

Opening the Auxo switcher on the iPad reveals running apps as cards that rotate to match the tablet’s orientation. Instead of a simple icon, you get a quick glimpse of what is running in each app. The iPhone version was—and still is—a nice facelift to Apple’s switcher, but after using Auxo on the iPad, it’s plain to see that it really shines on a screen with more real estate.

Swiping down on a card with your finger closes the app, and you can even swipe down on multiple apps at once. Tapping and holding on an app brings up the option to kill all running apps at once. These gestures combined with swiping up to reveal the multitasking bar creates a great, intuitive experience. 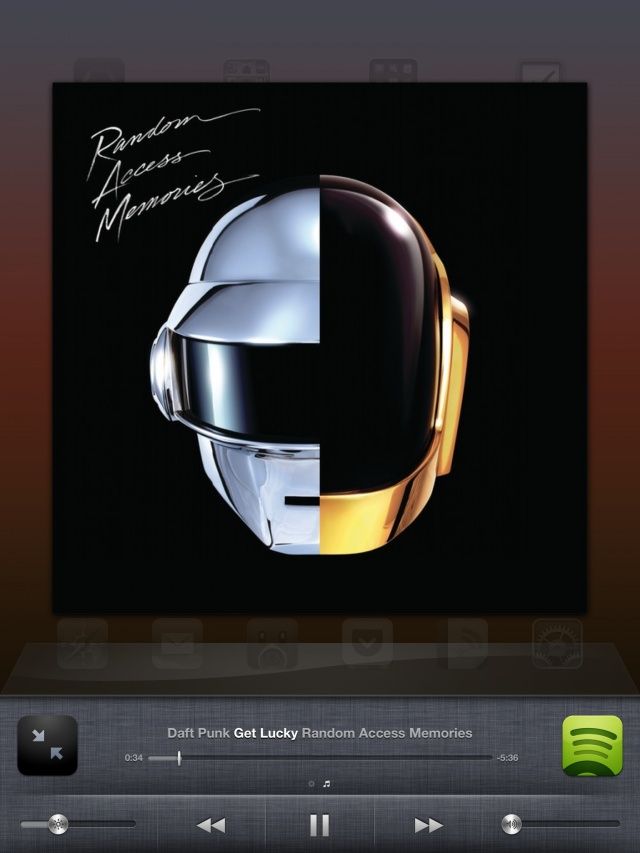 App cards aren’t all Auxo has to offer. Swiping to the left reveals the tweak’s music controls and Settings toggles. I love the enhanced music player interface. Any audio that’s currently playing can be controlled, and tapping the album artwork displays a big image above the switcher bar. If a music app has AirPlay support, you can control that as well. Sliders for screen brightness and volume are also present.

Swiping to the left again brings you to my favorite part of Auxo: the Settings toggles. These customizable buttons let you quickly access all kinds of preferences that would normally have to be controlled by opening the Settings app. I use them all the time on my jailbroken iPhone, and the iPad’s implementation is just as good.

You can customize what toggles are presented and in what order by looking at the 14 options in Auxo’s preferences (found in the Settings app). There are options for how many toggles to display at once before swiping down, and the ability to hide unwanted toggles. I like to put the toggles page before the music player because I use it more, and you can check “unless music is playing” to fine tune the experience.

Auxo comes with a well done user guide in the Settings app. The whole tweak is incredibly polished and an example of conceptual excellence that I wish more jailbreak tweaks would aspire to. In my opinion, Auxo enhances the iOS multitasking experience without cluttering it with options. I use the tweak on my personal devices, and I can’t recommend the new iPad version enough.

There are few great jailbreak tweaks for the iPad out there, unfortunately. Auxo is leading the pack right now. You can get it in Cydia for $2. Auxo for iPhone purchasers get a special upgrade discount of $1.