Despite the fact that she uses an iPhone, Alicia Keys joined BlackBerry’s CEO onstage today to announce her new position at the company as “Global Creative Director.” After giving a creepy analogy about her and BlackBerry “exclusively dating,” Keys skirted a question about what phone she used before her BlackBerry. That’s probably because she was a self-proclaimed “iPhone junky.”

The idea of a famous artist/non-technology expert like Alicia Keys getting in bed with BlackBerry may seem weird, but this isn’t something new. For years struggling tech companies have been using faux-celebrity partnerships and endorsements as a desperate plea for attention.

BlackBerry is one of the most obvious, painful examples. The Z10 is a decent smartphone, but BlackBerry and its investors know that the company is barely staying afloat at this point. Innovation is dead at BlackBerry. And what’s worse is that companies like BlackBerry are so out of touch with consumers that they think promoting a celebrity to a fake “director” position will help make their devices cool. Having a famous face pimp your product will only get you so far. Sure, it will get you some publicity, but it’s not going to sway any sane customer to actually buy your product.

Then there’s Intel, a company that’s not in the minds of most consumers anyway. Will.i.am of The Black Eyed Peas was recently made Intel’s “Director of Creative Innovation.” It’s such a marketing gimmick. The only real thing Will.i.am has done in the tech industry since then is announce an absurdly overpriced iPhone case.

Sure, Intel wants a little press attention. I get that. It works. But it also says something about the company. It’s a disconnected mindset where corporate suits say, “Hey, you know what’s cooler than a celebrity? A CELEBRITY WHO IS ALSO OUR DIRECTOR OF CREATIVITY!”

Lady Gaga (who tweets from her iPad) is the “creative director for a specialty line of Polaroid Imaging products.” Microsoft brings Jessica Alba (who has also been spotted using an iPhone) out onstage to praise Windows Phone. Oprah gushes about her love for the Surface while tweeting from her iPad. 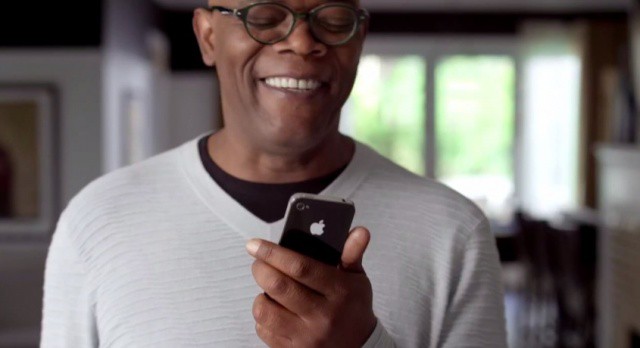 This is all in stark contrast to the way Apple does things. Sure, celebrities will appear in TV ads occasionally, but the way Apple uses famous faces to promote its brand is very different from just about every other tech company.

“At Apple launch events, the only star is the iPhone”

Can you imagine Tim Cook bringing Alec Baldwin onstage at the next Apple event and naming him the “Director of Creativity And Innovation?”

No. That sounds preposterous.

Yet that’s what all these other companies are doing. Apple uses celebrities and artists to keep itself connected with modern culture. The closest you get to a celebrity “endorsement” is The Foo Fighters or John Mayer playing a set after a press event. And there are no “here are three reasons I love my iPhone more than any other smartphone” paid testimonials.

As Om Malik puts it, “at Apple launch events, the only star is the iPhone.” Apple wants its products to sell themselves, and that’s the best kind of advertising.