LAS VEGAS, CES 2013 – UK-based Fitbug is new to the U.S., and makes gadgets very similar to Fitbit — but they weren’t shy about letting us know they were the first to come up with the idea.

“We were first.” Fergus Kee, Fitbug’s Executive Chairman, stopped short of actually saying fitness gadget-maker Fitbit is a wholesale clone of his company — but he got pretty close.

“All we can say is that it was remarkably similar to what we had,” says Kee, in a lilting Yorkshire-Irish accent, referring to the kind of suddenly popular activity-recording gadgets both firms (and now a few others) produce.

Both use accelerometers to track steps, and both feed the data to your mobile device via Bluetooth. But Kee says even the device’s names — and even elements of the typeface used for both logos — is very similar.

Regardless of any similarity, Fitbug’s Orb is just $50, which is $10 less than Fitbit’s least expensive activity tracker, the Fitbit Zip — except that the Orb doesn’t have a screen, where the Zip does. Also, the Fitbug’s coaching functions are only available with a monthly subscription, though the Orb comes with a year’s worth. 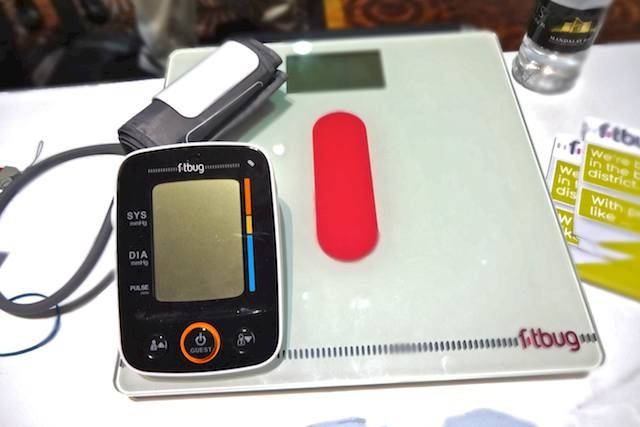