Chances are you’ve heard of the popular app iTranslate Voice that made a splash when it landed on the App Store earlier this year. iTranslate voice made it easy to quickly translate phrases and sentences, right on your iPhone.

Well, the folks at Tapity and Sonico Mobile haven’t been standing still, releasing a brand new app today called Languages that builds on the foundation of iTranslate Voice. I’ve been testing it out for the past few weeks, and it really is an incredible application.

In order to go above and beyond iTranslate Voice, Languages works completely offline. That’s right, no longer will you need to wait for the app to process your results on a remote server before you can view them. Languages offers 12 different dictionaries from which you can translate to and from, each weighing in at about 15MB. Two language packs come pre-loaded with the app, and the rest will need to be downloaded as you see fit.

Once you’ve downloaded the dictionary, though, it’s there forever. No need to ever worry about having access to an internet connection again. The real benefit here is if you happen to be in another country, where you could very well need to access a translation. The last thing you want to do is rely on your carrier’s data connection, especially when international roaming fees can be so high. 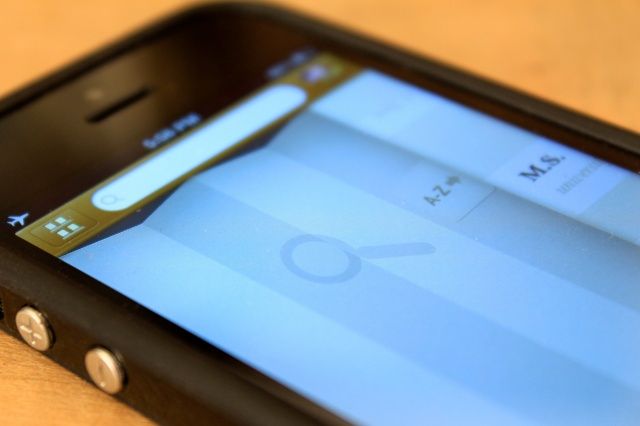 When you first launch the app, the first thing you’ll notice is the stunning user interface. It’s clear that an insane amount of time went into to crafting all of the graphics, right down to the binding on each and every book that lines the app’s virtual shelves.

I’ve always been a huge fan of skeuomorphism, and this app delivers. Not only does the interface center around a virtual bookshelf, there’s plenty of subtle animations throughout the interface that really make it fun to use. In order to give you a better idea of just how well the app is crafted, I put together a little video review showing off the app here:

Navigation throughout Languages is pretty simple. You can select any book on the shelf, taking you to an alphabetical listing of words in the dictionary. For quicker navigation, there’s an alphabet on the right-hand side which allows you to slide to any letter in a snap.

The best part about it is that running your finger along the alphabet causes the list to bulge, similar to OS X’s dock magnification, allowing you to actually see which letter you’re about to select. To narrow your hunt down even further, selecting a letter brings up a floating pane with the first two letters of words listed, enabling fast navigation though what would otherwise be an incredibly long list. 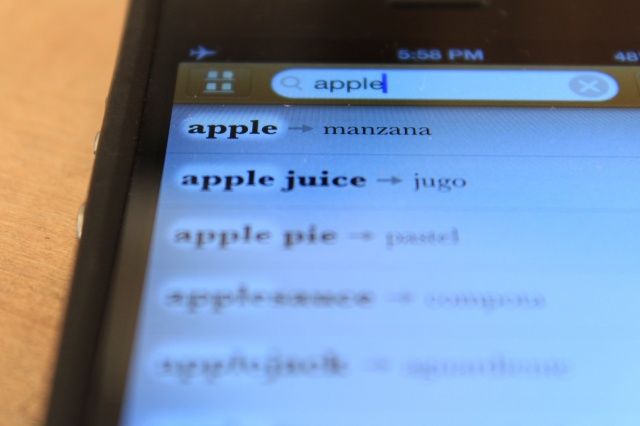 If you’d rather search for a word, you can either tap on the search field to the left of the language switcher, or simply slide away the dictionary view to “unfold” the search pane. It’s really neat. As you type, search results will instantly populate the screen, and the letters you have entered so far will be highlighted.

Tapping on any word allows you to view it in more detail back in dictionary view. If you’d rather search for something else, a quick slide in the search pane will clear your current search. 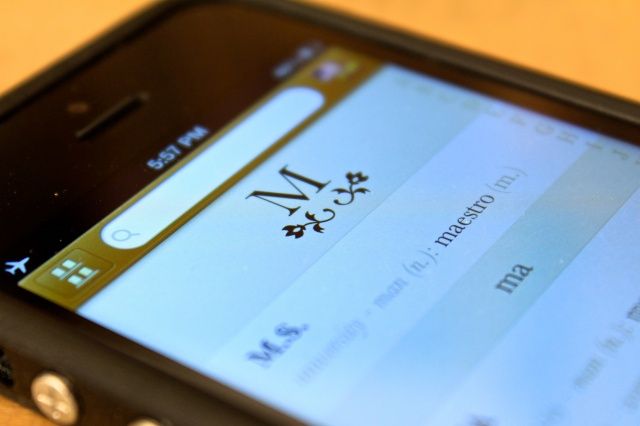 Honestly, there’s not much bad I can say about Languages. It’s extremely fast, intuitive, and fun to use. Not once throughout my testing did I ever encounter any problems with it whatsoever. That being said, if I were to change one thing about Languages, it would be the dictionary navigation. While the extra UI tweaks really help speed up moving through the list, it still feels a little overwhelming. 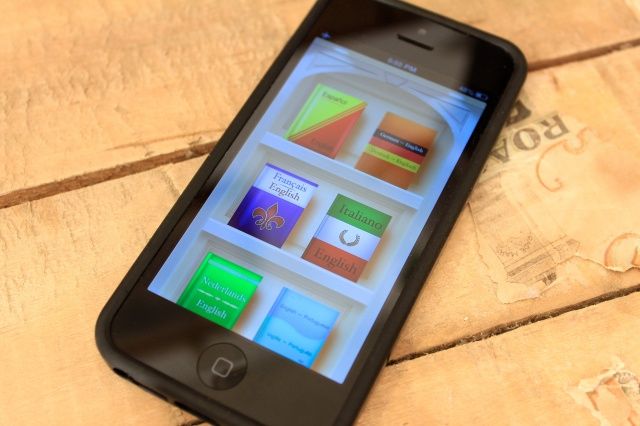 Overall, Languages is an amazing app. I would consider this a must have for anyone who is looking for on-the-go translation on the iPhone. The combination of offline functionality and a gorgeous UI make the $0.99 price tag a no-brainer.

There’s no additional cost for the extra dictionaries, which makes it even more of a bargain. If you’d like to download Languages, it’s available now in the App Store right here.