LAS VEGAS, CES 2012 – If imitation is the sincerest form of flattery, Apple must be feeling very flattered. Also ripped off.

Many of the new Ultrabooks here on display at the Consumer Electronics Show are so similar to the MacBook Air, they can only be described as knockoffs.

Not only do the they rip off the basic design premise — lightweight, portable laptops with long battery life — they copy the same wedge aluminum casing, wedge shape, chiclet keyboard, large, button-less trackpad, and the selection and placement of ports.

See for yourself. Here are just a few of the MacBook Air knockoffs on display at Intel’s massive booth. 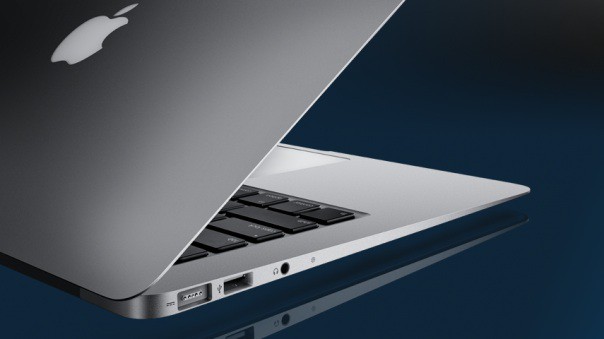 Here’s the MacBook Air. Apple’s machine has become a symbol of sleek, mobile computing. It’s light, portable, and boasts great battery life. It’s the industry’s best-selling laptop, which has forced Apple’s competitors to scramble to catch up. At CES, they’re attempting this, releasing 75+ new Ultrabook models to the market. As you can see, many are shameless ripoffs of Apple’s original. 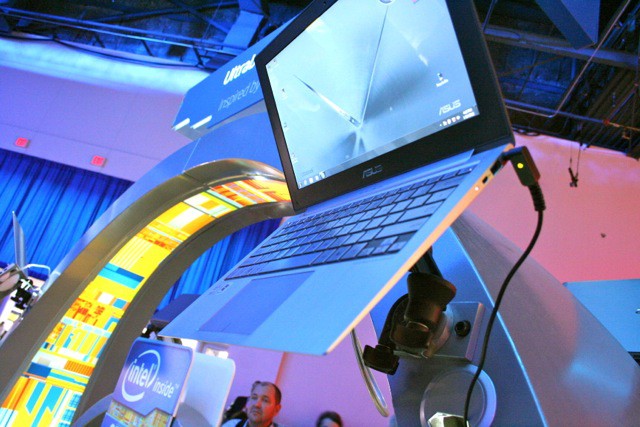 Here’s an Asus Ultrabook. Note the matte-aluminum chassis and distinctive wedge shape. Where have we seen that before? 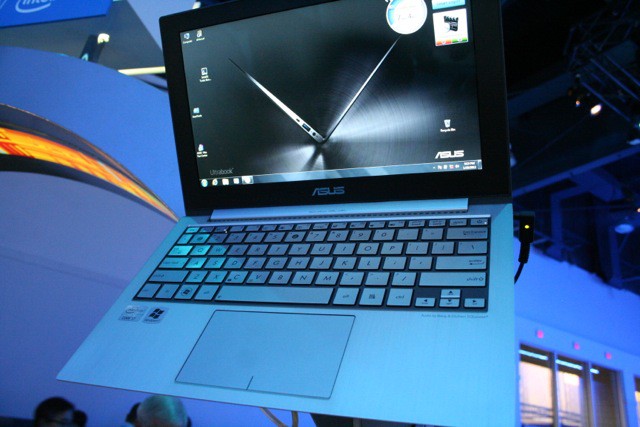 The Asus also borrows the MacBook Air’s large, button-less trackpad and chiclet keyboard. The stickers would never fly on a Macbook though. 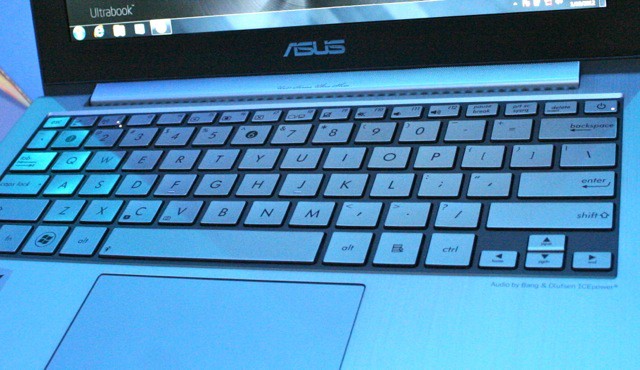 The keyboard is almost exactly the same as the MacBook Air’s, including the on/off button in the upper right. 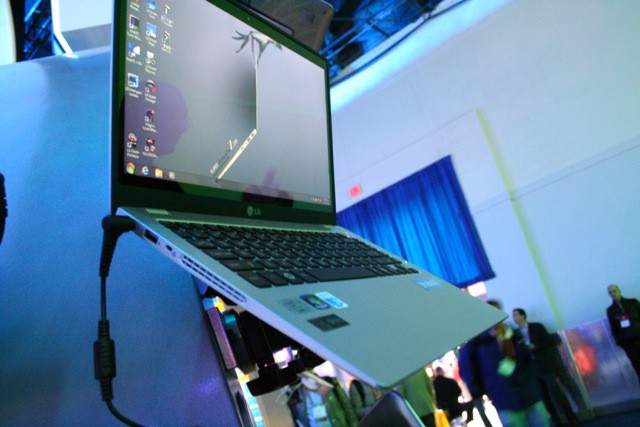 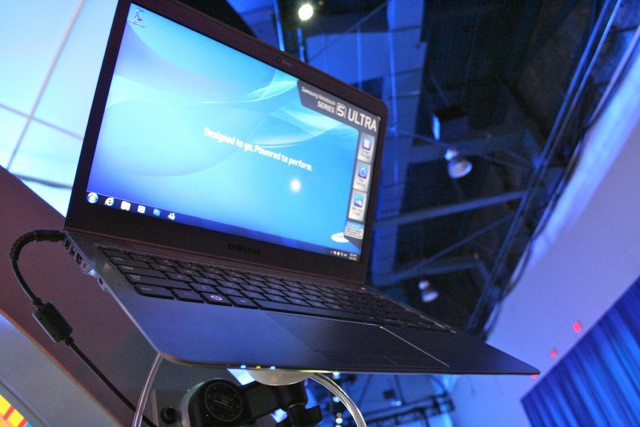 Another wedge-shaped Ultrabook from Samsung. The color is different, but the keyboard and trackpad are the same. 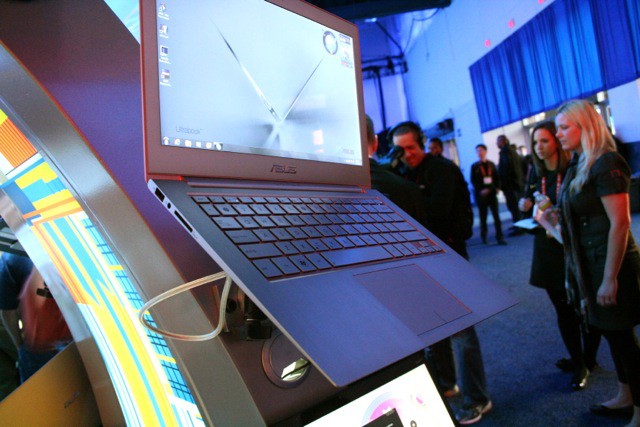 Here’s another aluminum UltraMacBook from Asus. If the keyboard were black instead of silver, it would be hard to tell the difference between it and a MacBook Air. 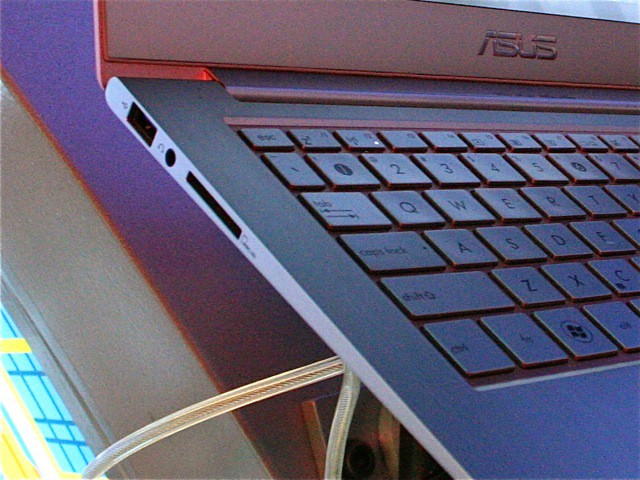 The Asus sports an SD Card slot, just like the MBA. One big difference: the Asus slot is on the left instead of the right. Evolution! 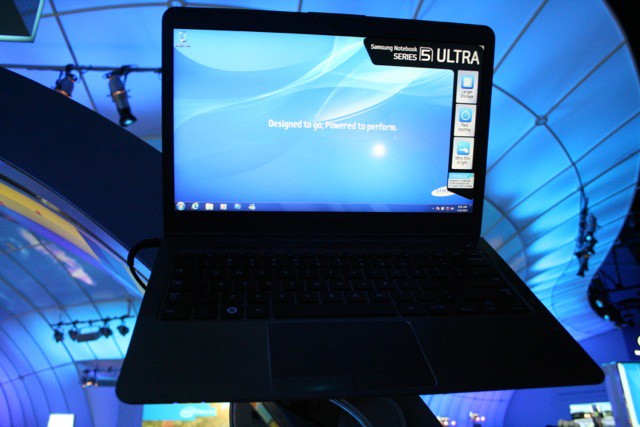 Different color, but like the others, this Samsung Ultrabook shares many of the same design cues. 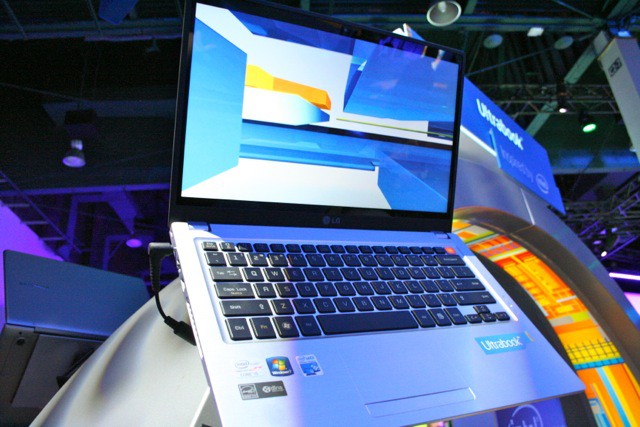 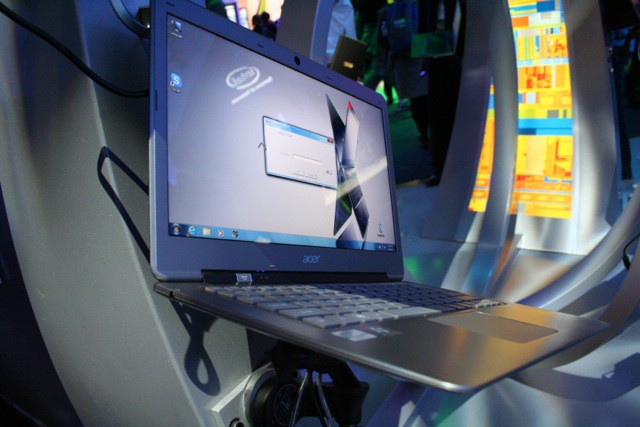 This Acer has a different color scheme (ugly), but is cut from MBA cloth. 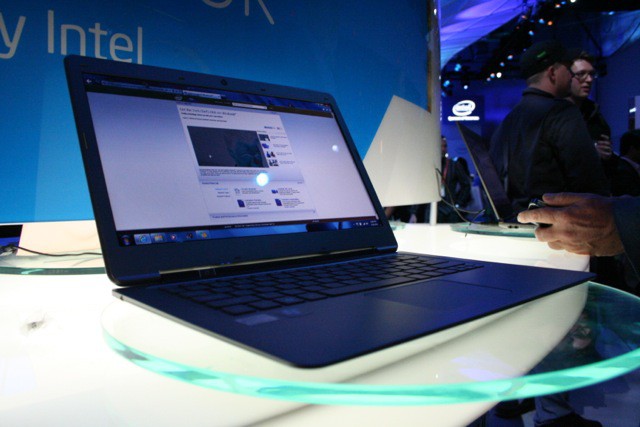 This Ultrabook may be the most original of the bunch: the ports are on the back. 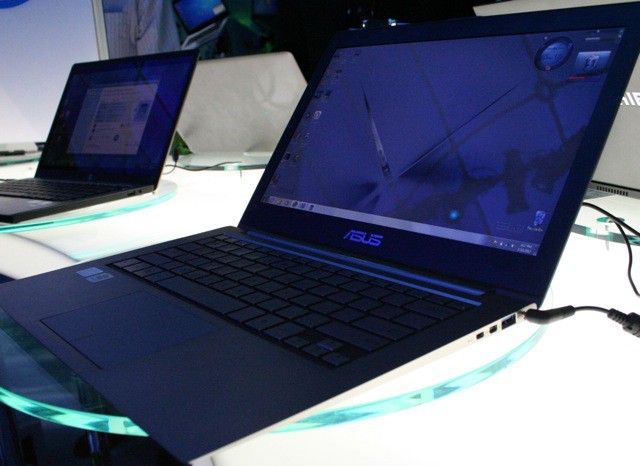 Another Asus Ultrabook with the familiar sharp wedge. 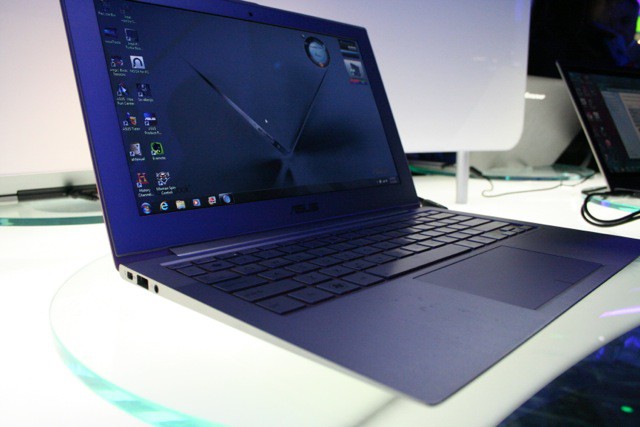 And another. Note this is a different machine; not the same as the one above.

Of course, Intel doesn’t call these “MacBook Air clones” or “ripoffs.” These are ultrabooks, an exciting new form factor of laptop that will take the world by storm, of which the MacBook Air is just one solitary example. The others are way different! Some of their keyboards are silver instead of black! Some come with 15-inch displays! Some even have gyroscopes in them! Gyroscopes! Watch out, MacBook Air! There’s an army of bullshit doppelgangers in town, and they’re all ready to suck.