Kerekes István, a 44-year-old photography teacher and freelance photojournalist from Hungary, only just recently picked up his first iPhone. And already he’s used it to win awards.

His photo, titled “Transylvanian Shepherds,” won him both the Grand Prize and Photographer of the Year at this year’s iPhone Photography Awards. The striking scene depicts two shepherds in a snowy and desolate industrial landscape in Romania.

Impressively, István’s imagery also offers a great way of comparing a DSLR with an iPhone, since the photographer captured his winning shot on both. You can see how they measure up below, and find out more about István’s approach to photography. 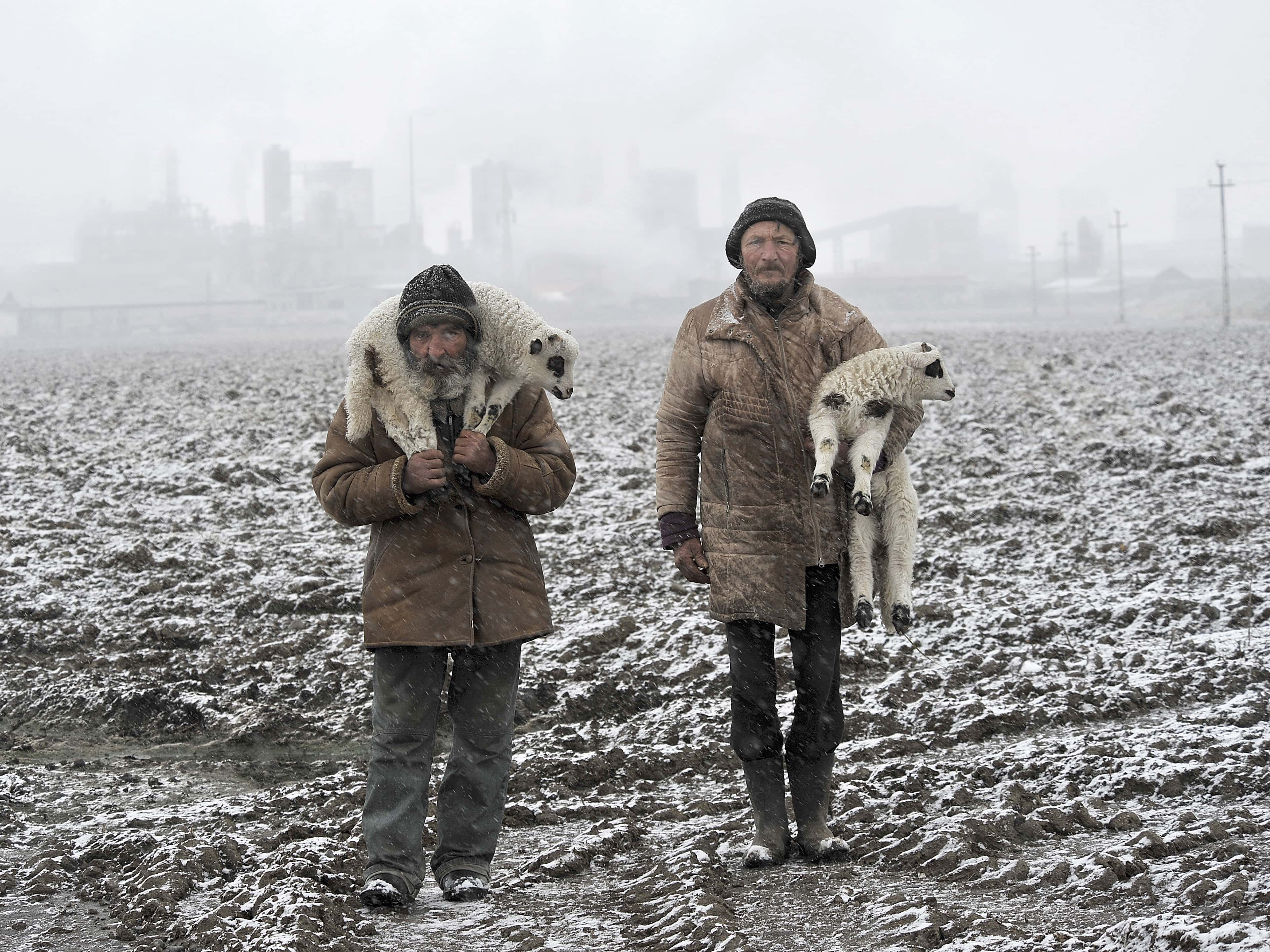 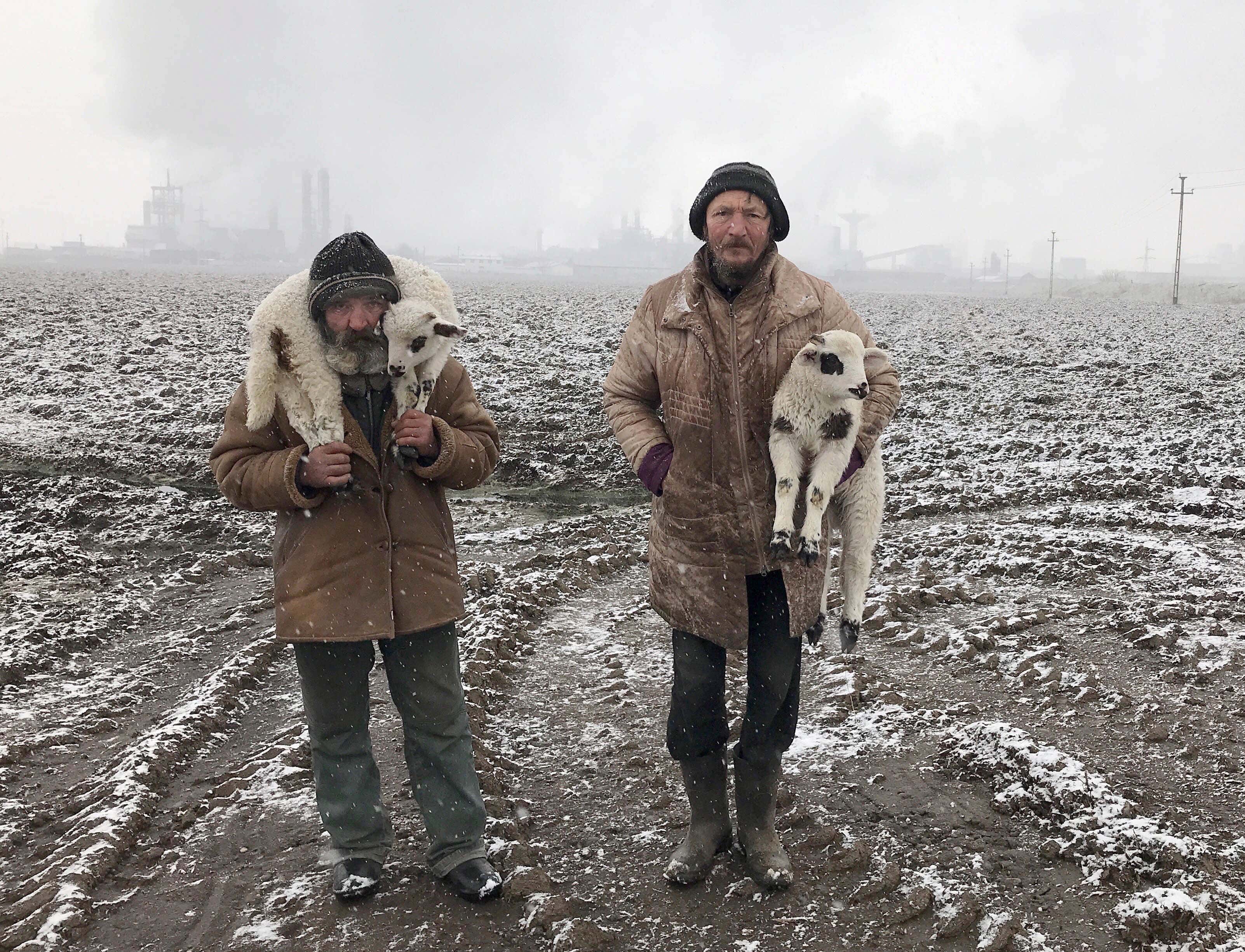 “The region of Transylvania is known for the scenery of its Carpathian landscape and its rich history,” he continued. “The Western world commonly associates Transylvania with vampires because of the influence of Bram Stoker’s novel Dracula and the many films the tale inspired. My pictures focus on shepherds in this region. When walking in some parts of Transylvania, one [often feels] that you have traveled back in time. There is hardly any sign of modern technology here. It is as if time had stopped, while beauty and nature are preserved.”

István said he captured the award-winning moment on March 10 while on a walk looking for shepherds to photograph. The background of the photo shows a nearby fertilizer factory. When István saw the scene, he took snaps on both his iPhone 7 and his and Nikon D3.

“The same theme, the same picture, the same time,” he said. And as for the results? “[In] my opinion, [there] is no difference.”

He uses the standard iPhone Camera app, along with the freemium Axiem Systems app Photo Editor.

To be fair, the Nikon D3 is not the world’s latest DSLR. Nikon’s first full-frame digital camera, the 12.0-megapixel snapper was released in 2007, just a few months after the first iPhone. By comparison, the iPhone 7 was released in 2017, a decade later, and includes a 12MP lens of its own. In other words, this isn’t exactly an example of the latest DSLR pitted against the latest iPhone. Nonetheless, it’s an amazing reminder of how far smartphone cameras have come in a very short time.

Despite his success, István is no Apple megafan.

“Till 2019 June, I had a Samsung phone,” he said. “In [a] Hungarian photo competition I won a shopping voucher, and from this voucher I [decided to buy my first iPhone]. After [a] few days I realized that [this] is a very good phone for photographing.”

While he said the DSLR remains his go-to for photography, particularly due to its ability to switch lenses, the iPhone has also proven its worth in his book.

“My iPhone is always with me, so I can make photos every time when I see something interesting, even if I don’t have with me my camera,” he said. “In comparison with DSLR, [it] is easier to use.”

Any tips for budding iPhone photographers? Ultimately, it’s the same tips he would give to DSLR photographers.

“Look for unique themes, unique perspectives, practice a lot, and develop a unique vision,” he said.

Want to see even more stunning iPhone photography that shows off the smartphone’s capabilities. Visit the iPhone Photography Awards website for other winning photographs from this year’s contest.