If you sit in front of an iPad typing up Apple-related how-tos all day long, then working from home is no problem. In fact, it’s simply the next step up from “working from bed.” But for some professions, like musicians, working from home is difficult if not impossible. You might have a home studio, but you still need to get the band together to record them.

Or do you? ConnectionOpen is an app that lets musicians play together over the internet. The wild thing is, it’s a standard plugin for Logic, Ableton, Pro Tools and other audio-editing apps. And now, it’s also available for the iPad.

Say you want to set up to record your band, or just the contribution of one other musician to your project. You set up with ConnectionOpen 3.0, adding its plugin to a track in your project. A plugin is usually a mini app that manipulates the audio — an audio effect, perhaps — but in this case it provides a connection to ConnectionOpen.

You add the plugin to a track in, say, Ableton Live, and then you start the connection. A video call begins, along with a high-quality audio connection. You can pipe any existing track from your project through to that person, so they can play along. Then, you just hit record to capture what they play. That’s it. Their performance is added straight to your project, just as if they were there, hooked up to your computer with a cable.

Or almost. The problem with this kind of setup is latency, aka delay. The audio takes time to cross the internet to your collaborator. Then they have to hear it, and their musical performance has to come back to you. But that’s only a problem if you’re all performing live. Because this is for recording, it’s easy to just drag the recorded audio tracks so they line up nicely.

This new video component, added in ConnectionOpen version 3.0, is far more important than these relatively simple delay problems. Being able to talk to your musical collaborators while you work makes everything much slicker. You can discuss the performance, just as if you were in the same room. It’s much more interactive than sending someone a backing track, then having them add their part and send it back to you. It’s also handy for podcasts. 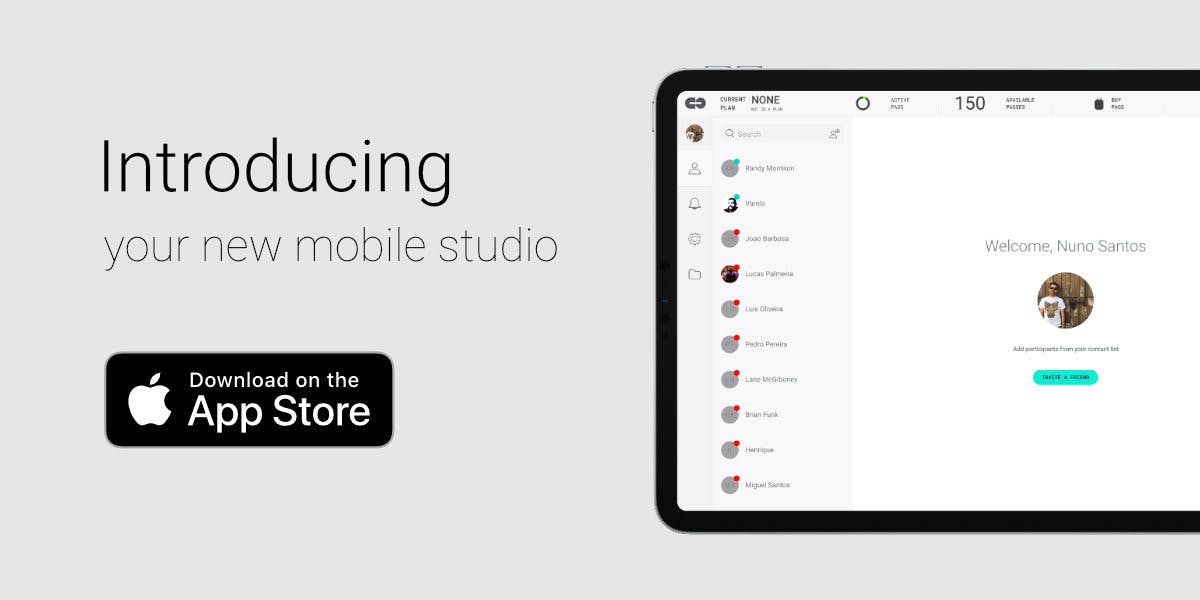 The iPad is a simple client app. It doesn’t act as a plug-in, but you can use it to call into somebody else’s recording session.

Price-wise, OpenConnection is cheaper than renting a studio and stocking up on extra hand-sanitizer. The company offers a range of passes and plans. $10 buys you a 24-hour “daily pass.” For $25 per month, the basic plan gets you unlimited use, plus four daily passes you can share with collaborators. The $100 pro tier gets you unlimited use, plus 20 daily passes to share. Whatever you choose, you can take advantage of a 14-day free trial.