This post could more correctly be titled “How to get Apple News outside Australia, Canada, the U.K. and the U.S.” Those are still the only places that Apple News is available, almost four years after the service’s launch in September 2015.

Fortunately, it’s pretty easy to get the app even if you don’t live in one of those countries. Here’s how.

Note: This trick doesn’t work for the new Apple News+ subscription service, which offers an all-you-can-read subscription to hundreds of magazines for $9.99 a month. However, the basic Apple News app will let you see some of those same articles.

You can experience the free Apple News service, and enjoy the near-constant pop-ups telling you that your chosen story is unavailable.

So, head to Settings > General > Language and Region, and tap on Region in the lower panel. Then pick one of the supported regions: I’ve tried this with the U.S. and U.K., but Canada and Oz should work, too. The U.S. is probably your best option, though, as Apple often makes services available only in its home country.

Next, you may have to change your iPhone or iPad’s language to English. You can do this at the top of the same page.

Fix up your dates and units

If you do switch to the U.S., then you will have some fixing up to do. The region settings on iOS control date and address formats, as well as units of measurement. If you’re used to living in the modern world, where Celsius, meters and grams have been the standard forever, you’re in for a shock.

Switching region to the U.S. switches temperatures to Fahrenheit, and turns the clock to 12-hour instead of 24-hour. Address and phone number formats are also localized.

To fix the temperature, you can switch back to Celsius right there in the region settings page. (You’ll find it there, right below the region you just switched.)

To fix the time, tap to go back to the General Settings, then tap Date & Time. Here you can set things up how you like them. You cannot, however, change the date format.

Finally, you can switch from miles to kilometers in the Maps settings (also inside the Settings app). Head there, and you’ll see this: 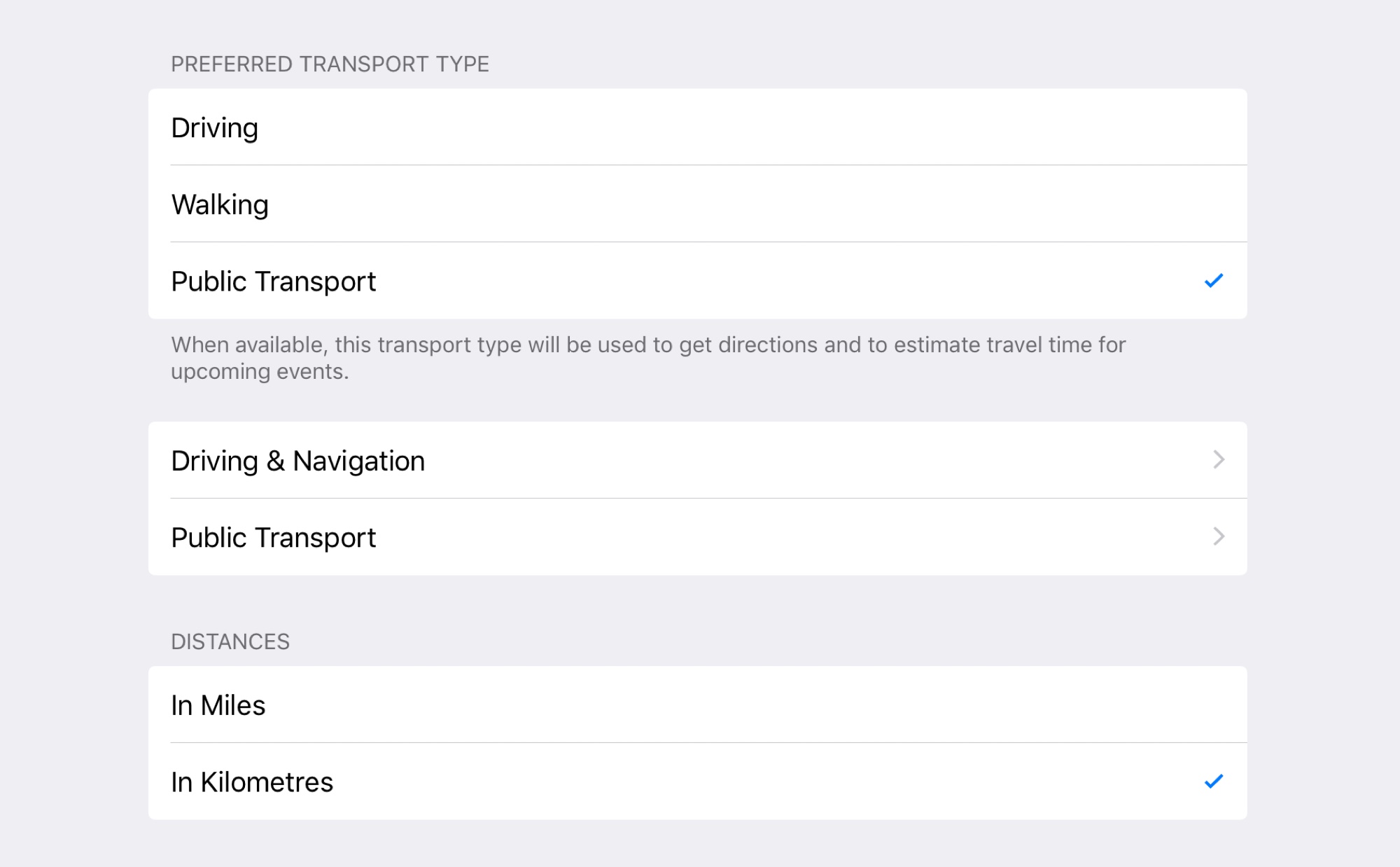 Setting your distance unit to kilometers will affect the Maps app, but also seems to set the overall system preferences for distance units. While you’re here, you can also switch the preferred Maps transport option away from driving, to walking or public transport. That way you’ll get travel directions you can use.

Then you’re done. I open up the Apple News app from time to time. However, even after some brutal pruning of its default news sources, it’s still full of hearsay and stories designed to gin up clicks, rather than actual useful analysis.

The sources are also biased toward the Anglo view, as you’d expect from the English-speaking nature of the service. If you want better news, you need better sources. And for that, you should probably try RSS.