And the iWatch was born.  And it was Good.

Provided you’re willing to look like a geek with a headphone cord dangling from your wrist when you listen to music. 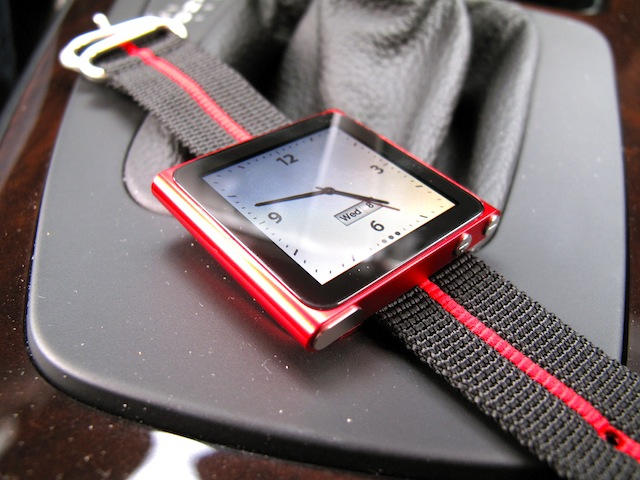 We brought news last week of the AppleWatch from County Comm, a nylon band in colors to match your nano.  A simple solution, surely soon be hawked at airport kiosks worldwide. 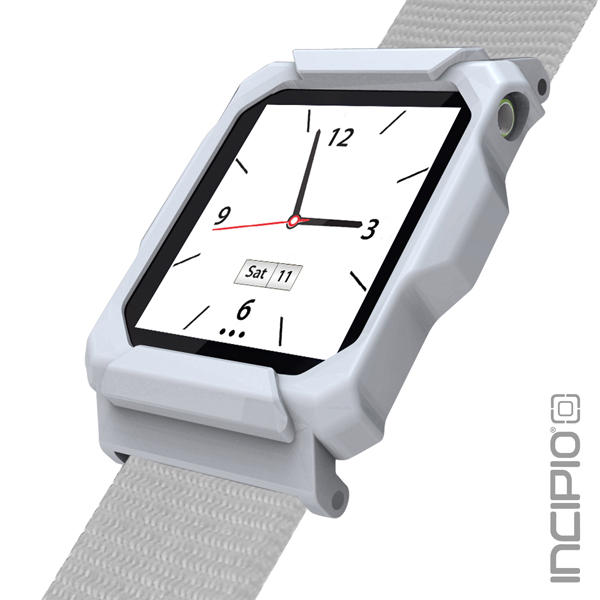 Meanwhile Incipio takes the “I’m a watch, conceal the iPod” approach with their Linq series of color-matched cases.  These look like they provide decent protection too, almost makes me want a nano just to try it out! 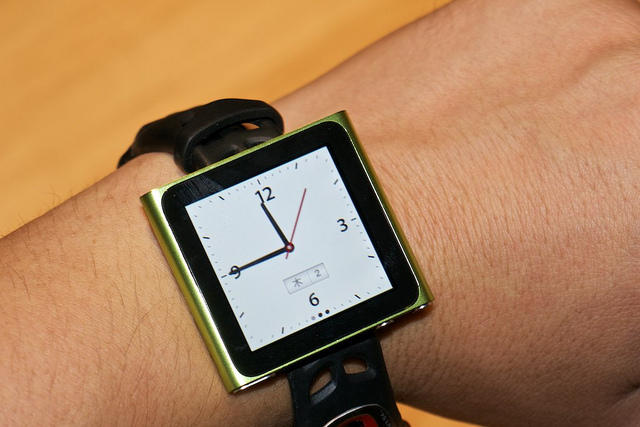 Flick user ogikubokei jumped on the trend early with a classic Timex’esque plastic motif that brings back memories of yesteryear.  Or today, for that matter.  You can probably make this at home! 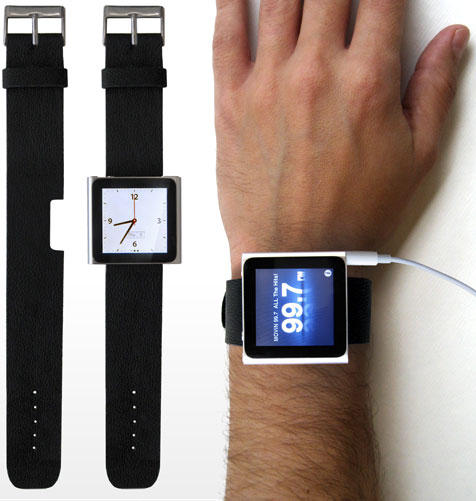 Finally, iLoveHandles offers the Rock Band, a classic understated leather band to display your iWonder.  Gotta do something about that headphone cord though.

Now here’s an opportunity for an enterprising company to add a stereo bluetooth transmitter to their watch band and make a killing!  Any takers out there?