Called iP4Play, the service costs $4 a minute to chat live with a video vixen. Most of the service subscribers, 93% of whom are men, opted for what the company dubbed a “quick-draw McGraw” five-minute session.

While interactive video sex chats are nothing new,  FaceTime brings portability and convenience to virtual cavorting — it’s definitely easier to lock yourself in a bathroom than get your groove on in front of a 27-inch iMac screen.

FaceTime is an iPhone 4-only videoconferencing service that works over Wi-Fi. Both parties need iPhone 4 for it work. Callers pay via credit card for time increments of 5, 10, 20 or 30 minutes. 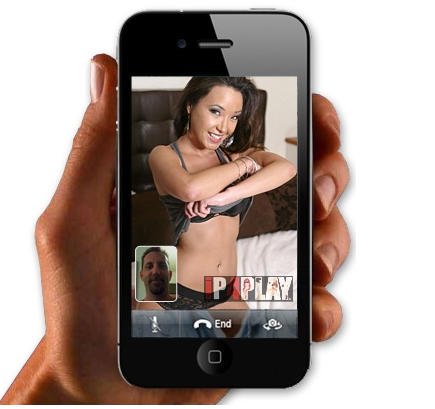 There were eight women profiled when we checked the site out, ranging from buxom blond Isabella “I’m fun and I’m always game!” to a bewitching brunette called Belize who is into “toys” and “foot fetish,” among other things, but none of them could be dialed up to discuss world peace. (It’s unclear whether the site’s messages stating that they “stepped out” or will “be back soon” means that they’re off studying Shakespeare or with an iPhone client).