You have a new iPad, and you have a new Apple Pencil. Time to learn how to draw, right? Not necessarily. Just like a regular pen or pencil, there are ton of other things you can do with an Apple Pencil. You can write, of course, but you can also play games, compose musical scores, do coloring in books, edit photos, and even play the Apple Pencil like a musical instrument.

Let’s take a look at the best non-drawing apps for Apple Pencil.

The Apple Pencil is the best iPad stylus you can get, because it and the iPad’s screen talk to each other. All other styluses are just proxies for your finger, stubby pens with conductive rubber tips that pretend to be a flesh finger. The Apple Pencil, on the other hand, can register different pressure levels, so pressing harder draws darker, and it can make a different line depending on how you tilt the pencil (like slanting a pencil to use the wide side of the lead to color in).

But most useful is the fact that it’s not your hand. When an app detects the Apple Pencil, it can ignore all touches from your hand. This lets you lay the side of your palm on the screen to write, draw, or whatever, and you’ll never make an errant mark by mistake. It’s called “palm rejection,” and it’s probably the feature that does the most to make it feel like you’re drawing on paper.

The result is a combo that brings the immediacy of pen and paper to many apps, and not just drawing apps. Let’s check out the best Apple Pencil apps available.

Apple pencil works with many photo-editing apps, but Affinity Photo is one of the most powerful, and works great on the new Apple Pencil-compatible iPad. It also uses all of the Apple Pencil’s sensors — tilt, pressure, and angle.

Even a simple bullet list of what it does would be too much for this post, but if you’re looking for an alternative to Photoshop for the iPad, then this is the app you want. You can select, retouch, edit, and add real-time effects all with the Apple Pencil, and the app also plays great with iOS 11’s new Files app, so you can drag and drop single or multiple images right into the app.

Apple’s own Notes app is already a great companion to the Apple Pencil, but if you want something extra, try GoodNotes. GoodNotes is like a pro version of Notes app. It will recognize your handwriting as you write, so you can search on it in future. It can also turn your handwriting into regular, editable text. You can drag-and-drop documents, notes, images, and texts in and out of the app, and you can annotate PDF documents that you’ve opened with the app. Goodnotes can also sync with the Mac version of the app.

My favorite feature is one of its simplest: custom stationery. The app comes with plenty of different kinds of paper to use as backgrounds to your pages. You can also add your own. I have a custom paper for noting guitar chords, for example.

Leadsheets is a music composition/notation app. It presents you with a page of music staves, and you just draw notes onto them. The app’s “compoze” engine recognizes the notes you’re writing, and turns them into standard musical notation. Want to tie two notes together? Just draw a line across the top of their tails.

You can also add chords, set the speed, time signature, and so on. And the app can even play back the result to you.

There are more sophisticated music notation apps for the iPad, but I like Leadsheets because it is so easy to use. If only it could also do guitar tabs, I’d be using it all the time instead of paper.

Play a violin with Pen2Bow 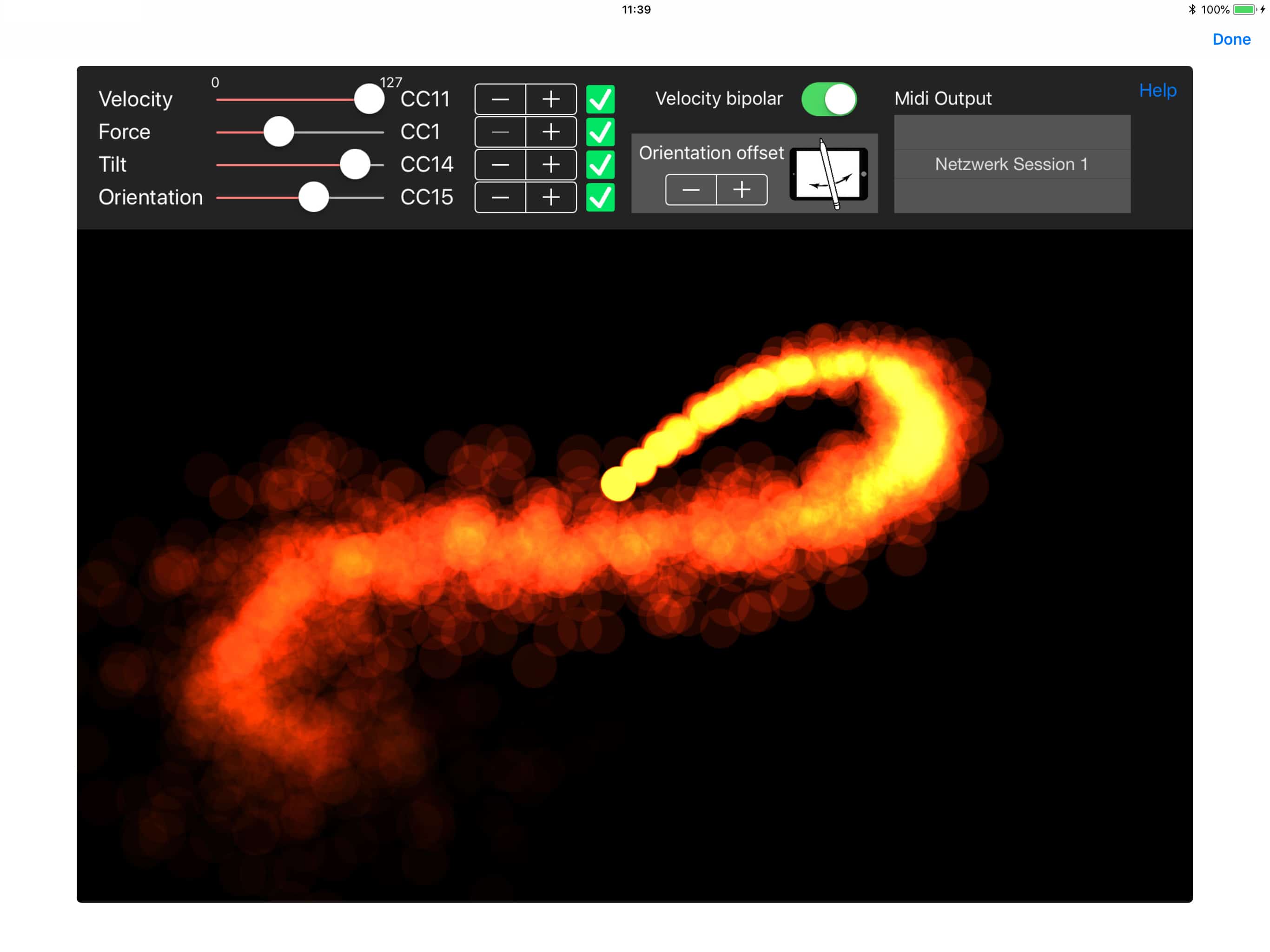 Pen2Bow turns the Apple Pencil into a violin bow. You saw it back and forth, or round-and-round, on the iPad’s screen, and it turns the gestures into music. Surprisingly, you can squeeze a huge amount of expressiveness from the little white stick. It just depends on how hard you press on the iPad’s screen, how fast you move it, and even the angle at which you tilt the thing.

You can also use Pen2Bow with musical instruments that aren’t usually bowed, because the app can act as a MIDI controller for any other music app. You can get super-expressive with the electric guitar, for example, or try it out on a piano.

OK, let’s add in one drawing app, just because it’s too good to miss. Linea Sketch is a killer drawing app that has everything you need, and nothing you don’t.

Quick sketches are Linea’s turf. It launches fast, and you can be working on a new canvas in seconds. The interface is minimal. It’s all right there, obvious and simple, instead of requiring multiple menus just to switch colors. It supports layers, and generates tints and shades of the currently-selected color, for instance. It also offers plenty of neat touches. For instance, you can use your finger as an eraser anytime, without having to select it as a tool.

Linea really is the best app for quick sketches, but it also makes for a surprisingly sophisticated painting app.

Download:Linea from the App Store (iOS)

Mark up PDFs with… Files app? 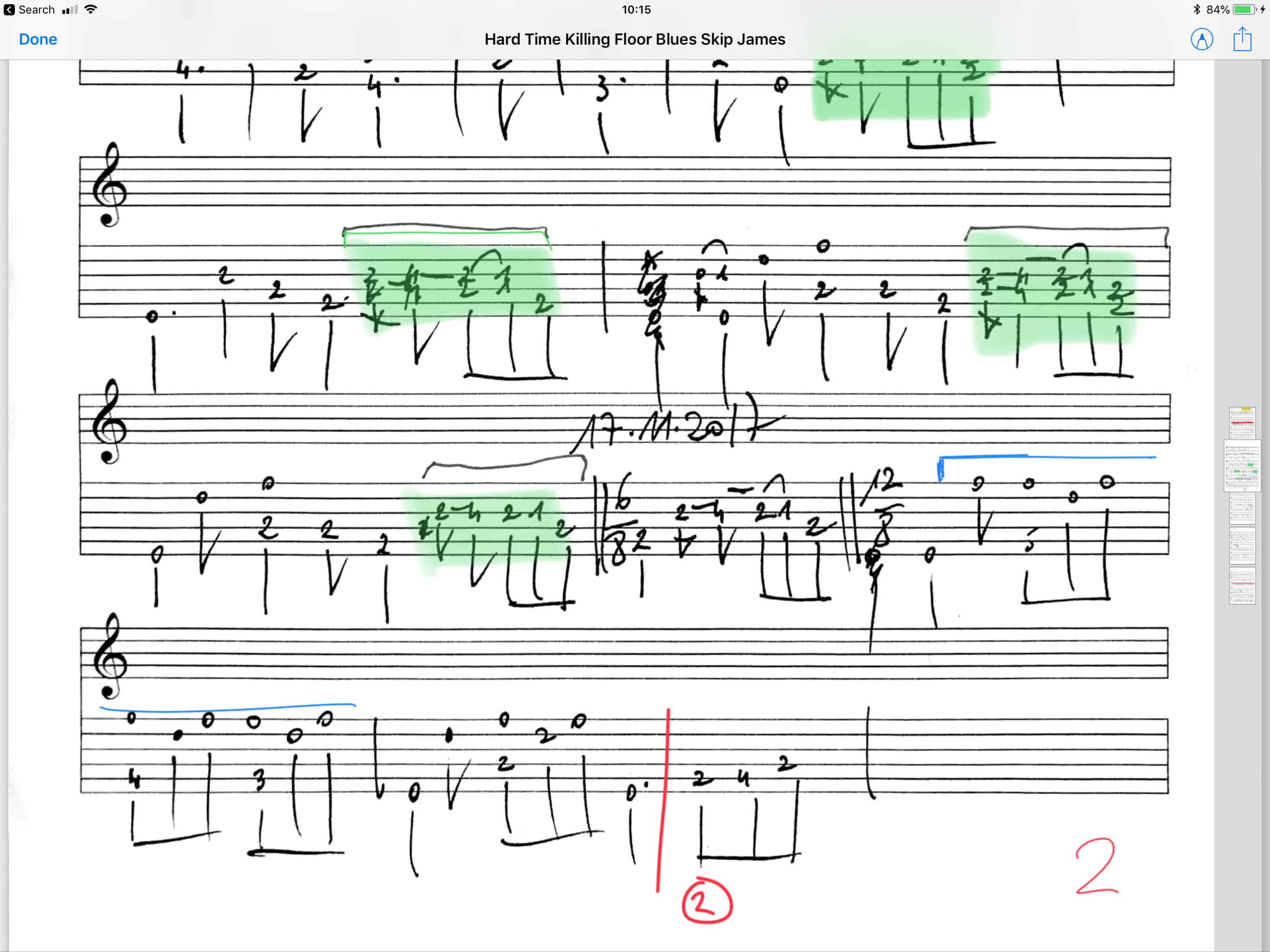 The fastest way to mark up a PDF is in Files app.

Given the number of PDF apps for the iPad, it may seem odd that I’m picking the native Files app here, but it’s the one I use. To mark up a PDF in Files app, you just start drawing on it. That’s it! There’s no need to enter an edit mode, or anything like that. Just tap the Apple Pencil onto the PDF you’re viewing in Files app, and you will draw a line. If you need to switch to a different pen, or change color, or add fancier markup, tap the little Markup icon at the top right of the screen.

I use this all the time for annotating PDFs I have scanned from paper. For instance, my guitar teacher writes out a lot of musical notation during lessons, and I use Files app and the Apple Pencil to mark out sections of songs, or to add notes of my own.

Not just for drawing

The Apple Pencil is a fantastic tool, and now that it’s compatible with all new iPads not just the iPad Pro, we can hope that the range of apps will increase. I’ll admit, my Apple Pencil sits in the pencil jar with my other pens and pencils a lot of the time, but for some tasks, nothing else will do.