The rumored “Function Bar” will make a beautiful addition to the upcoming iPhone 8 if it looks anything like the concept created by designer AlHasan Husni.

In the stunning new artwork, Husni imagines how the Function Bar at the bottom of the new iPhone will work. Not only could it make unlocking the iPhone even faster, it could add a whole new set of swipe functions to bring up certain features. 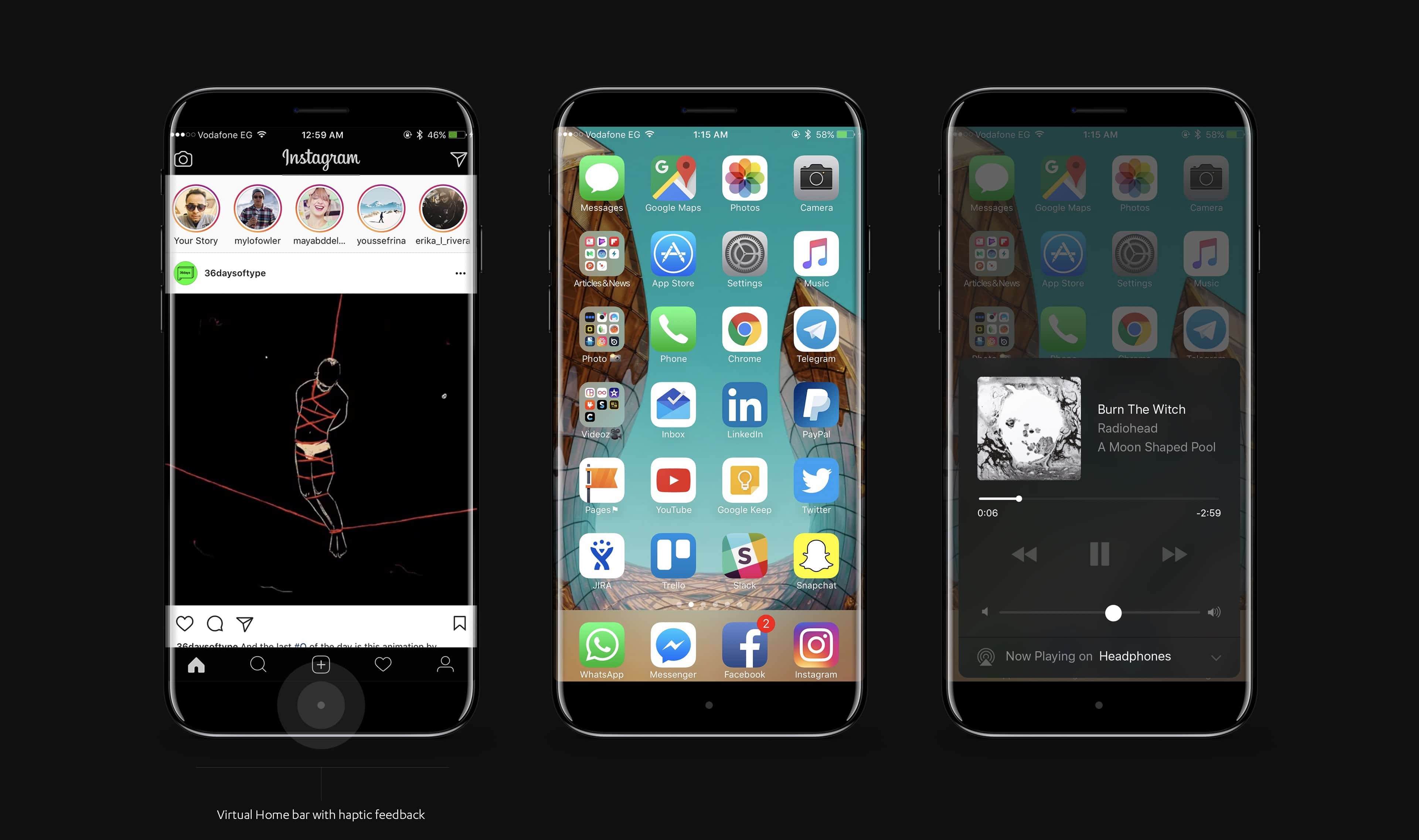 The iPhone 8 concept envisions users being able to swipe right on the Function Bar to pull up multitasking. A swipe up could bring up Control Center. Swipes to bring up Notification Center and other features could also be made.

To unlock the concept iPhone 8, users simply tap on the Function Bar area. Apple is rumored to be adding a Touch ID sensor behind the display on the 2017 iPhone. This would allow the device to have slimmer bezels than ever.

Other features on the concept includes a new Dark Mode that may come as part of iOS 11. Husni’s concept actually looks a lot like the upcoming Samsung Galaxy S8, which already leaked numerous times.

Rumors surrounding the iPhone 8 have claimed the device will pack an all-new design with a curved OLED display. Apple isn’t expected to unveil its next-gen smartphone until this fall. A recent report indicated the all-glass iPhone 8 model may not come out until after September.