iPhone and iPad owners are set to get a big batch of new emoji when iOS 10 lands on devices later this fall thanks to the addition of over 100 new characters that promote gender equality.

The latest beta build of iOS 10 seeded to developers this morning brings more gender options to existing characters like the surfer, runner, weightlifter, detective, construction worker and much more. 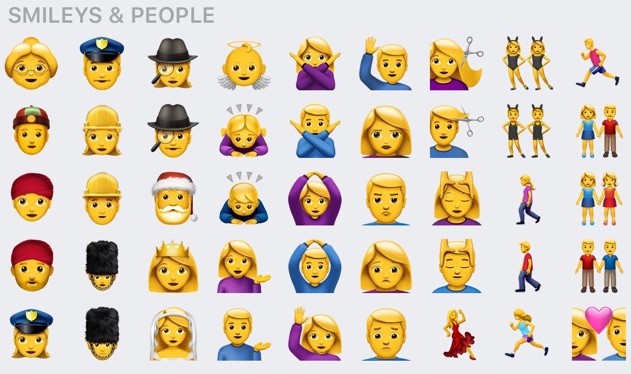 Apple didn’t just add a bunch of female emoji though. There are also male options now for characters like getting a haircut, raising hand, dancing buddies and others.

More family options were added as well along with a new rainbow flag. The pistol emoji has been changed to a water gun, too. iOS 10 is set to launch publicly this fall bringing a host of new features to iPhones and iPads such a redesigned lockscreen, improved Messages, more Photo features and tons of other changes.