Arriving on this day in 1993, the Macintosh LC 520 was among the first of Apple’s LC 500 series of medium-price Macs.

Selling for $2,000, it was particularly popular in educational institutions, a market Apple continues to pursue today. If you went to school in the decade of Nirvana, Bill Clinton and Pulp Fiction, this could well have been the Mac you used! 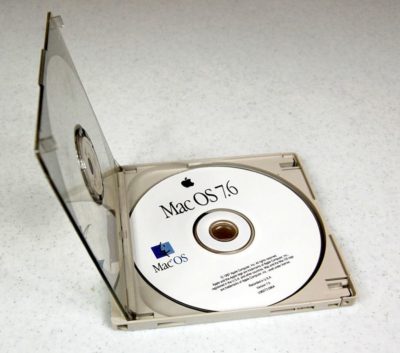 In terms of specs, the Mac LC 520 boasted a 14-inch Sony-built Trinitron monitor, stereo speakers, 4MB of RAM on the motherboard, 1MB of ROM, a 25 MHz 68030 CPU and a whopping 80 or 160MB hard drive. In a first for the mid-cost Mac market, it included a 2X CD-ROM drive in addition to the relatively rare addition of an built-in microphone, similar to Apple’s Color Classic Mac.

Or you can relive the glory days of 1993 for less than that by watching this startup video, listening to your live recording from the Guns N’ Roses’ Use Your Illusion tour, and taking a look at the original LC 520 instruction manual (remember when Apple used to do those?).