The iPhone 6s is likely to be revealed within the next two months, which means the leaks are starting to flow out of the supply chain like toxic fumes pouring out of Foxconn factories. We got our first look at a purported iPhone 6s rear shell last week, and now a new set of pictures of an alleged iPhone 6s front panel have leaked online.

The front panel glass is almost identical to the iPhone 6 display, which is pretty much exactly what you’d expect for an “s” upgrade. The source claims that the display panels for the white and gold units are currently in production and ready to be shipped to assemblers.

Here’s another shot of the front glass: 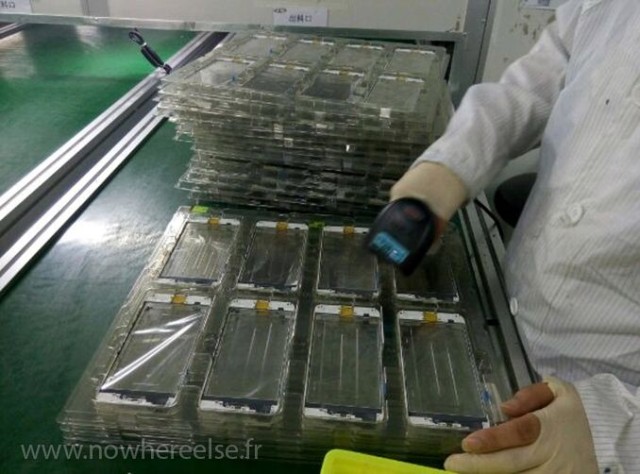 Unfortunately, Nowhereelse’s sources weren’t able to confirm whether the front display is made with sapphire crystal, or if Force Touch technology will be built into the display.

The iPhone 6s is expected to be revealed in September. Other rumored features include an improved DSLR-like camera sensor, an A9 processor, more RAM, improved battery life, and a more precise Touch ID sensor.