Open your iOS 8.4 Music app and start listening. Beats 1 radio went live today at 9 a.m. Pacific time or 12 p.m. Eastern time, one hour after the launch of Apple Music itself. But is it any good? I’m your fellow music lover here to answer that question in as much depth as possible based on some first impressions.

First, a little background: Apple’s own radio station billed as “programs from people who love music” will stay live 24/7, broadcasting in over 100 countries. The station promises interviews with A-list celebrities and even radio shows hosted by the celebrities themselves every so often. They’ll create their own playlists and mixes and broadcast some of their favorite tunes. Jaden Smith will have his own show, so prepare to have an existential crisis. 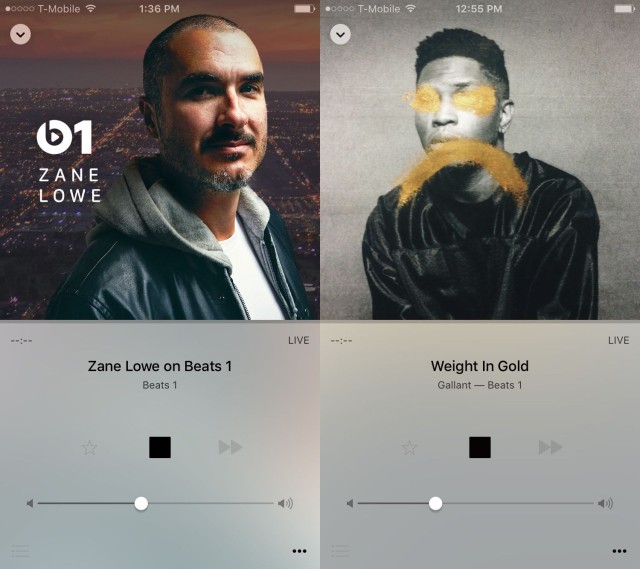 Zane Lowe, award-winning radio DJ from New Zealand, opened the show on time with “City” by Spring King, an alternative rock song that’s pretty dance-worthy. After that, Lowe came on and formally welcomed listeners to his two-hour program and the launch of Beats 1.

Then it happened: those weird, digital radio sound effects. It sounds like someone is attempting to DJ on their own vocal chords. I audibly groaned. I was hoping Apple would rise above the familiar habit that every radio station has followed for decades, but oh well.

Moving on to what’s far more important, the music selection was pretty solid. If you’re the type of person that can enjoy any genre of music like I am, you’ll really appreciate Beats 1. Lowe’s broadcast consisted primarily of alternative, electro-pop, R&B and hip-hop. He also made a point to mention why a song he was about to play is particularly important to him, whether he just played it frequently as a listener or if it had some impact on his life.

33 minutes into the broadcast, Beats 1 had already dropped its first exclusive: “Freedom” by Pharrell Williams. Nice. I was more excited for the exclusivity part than the song itself. I didn’t expect Apple to drop the exclusive so soon, especially given that many people still without iOS 8.4 or iTunes 12.2 don’t have access to Beats 1 radio just yet.

54 minutes into the broadcast, another “world-first.” It’s a funky R&B tune that I unknowingly started to bump to, “Weight in Gold” by Gallant. There’s more exclusives to come, and I imagine they’re from a healthy mix of big-name artists like Pharrell Williams and relatively new artists trying to get their names out there like Gallant.

Zane Lowe also announced shortly before the exclusive dropped that a big interview with Eminem is coming tomorrow, the first one on air. Beats 1’s first day live wasn’t to include any interviews or much talking at all – the focus was the music. 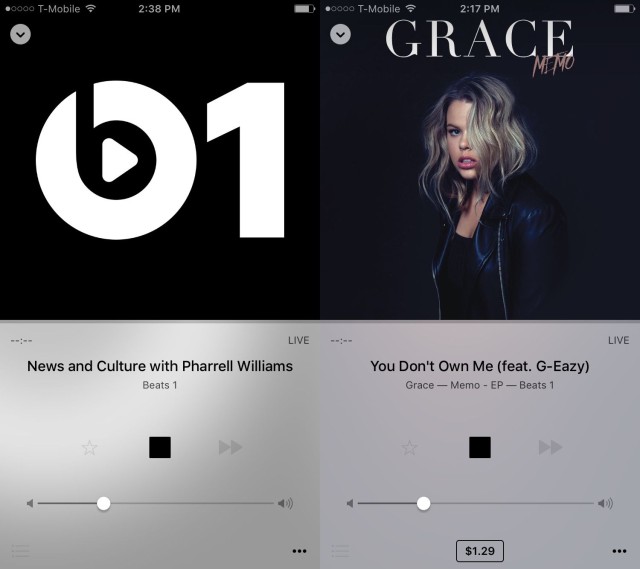 When Zane Lowe’s show wrapped up, Beats 1 traveled from Los Angeles to New York City, broadcasting live from the Big Apple for one hour. This was somewhat of a quick interlude between shows. The NYC host interrupted every so often to announce the next song or promote an upcoming program, but that’s pretty much it. Beats 1 NYC also included an extremely brief message from Pharrell Williams talking about his new single that debuted earlier.

Beats 1 NYC mostly played new music, much of which you can find on mainstream radio. I heard “Ship to Wreck” by Florence + The Machine and “Bad Blood” by Taylor Swift featuring Kendrick Lamar, both claiming a spot on the Billboard charts. I also listened to “You Don’t Own Me” by Grace featuring G-Eazy, which reached number one in Australia recently but failed to chart here in the United States. The song is actually a personal favorite of mine, but it’s nice to see Beats 1 catering to its worldwide audience.

Beats 1 LA also aired later in the day following a similar pattern, except back on the west coast.

Julie Adenuga Takes Over in London 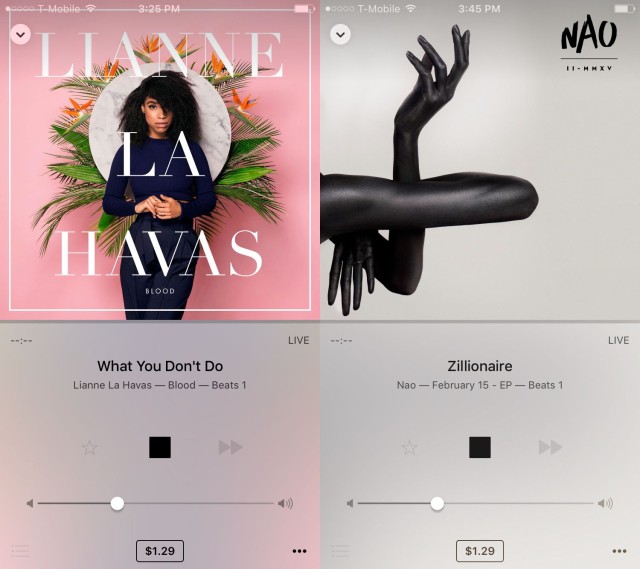 It wasn’t until I heard Julie Adenuga’s voice at 3 p.m. Eastern that I realized how good Beats 1’s sound quality is. Her voice sounded crystal clear compared to the local radio stations I listen to in the car. Music quality was about on par with every other Internet radio station like Pandora.

Within the first hour she introduced her segment, UK Represent, which plays a song or two with appeal in the UK that she wants everyone in the world to give a chance to appreciate. One such song was “Zillionaire” by Nao.

Adenuga drew most of her selections from what the UK would be interested in hearing anyway, i.e. based on its own lineup of hits. It was mostly a mix of EDM/club music with a little bit of funk and soul sprinkled here and there. All of it certainly has crossover appeal though and I think that’s one of the major goals of Beats 1 – everyone can tune in and enjoy what’s on.

Beats 1 for One Day 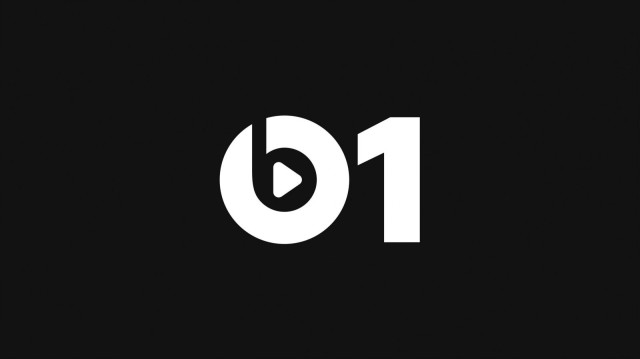 After six hours of continuous streaming from Beats 1, the overall feel I get more than anything is that it’s just another radio station. Yes, the quality is nice, yes there’s an appealing smorgasbord of music all day long, yes there’s a star-studded lineup of shows and interviews, but at the end of the day it’s a radio station.

Apple tends to want to inject a wow factor in anything and everything, but occasionally that means the final product doesn’t meet high expectations. Beats 1 is certainly impressive enough, worth listening to during your free time, but not groundbreaking.

Beats 1 can best be described as an eclectic radio station with good heart and big stars, but doesn’t stray too far away from the familiar listening experience we’re all accustomed to with radio.