Apple Music makes its big debut tomorrow, June 30, at 8 a.m. PST. It’s going to be a very big day for the music industry, and for us listeners. It’s the day streaming goes truly mainstream. From tomorrow on, it’s officially the streaming era.

But how does it work? What artists are going to be available? You probably have a lot of questions about what Apple Music’s launch means for you — and we’ve got answers.

How much will Apple Music cost? 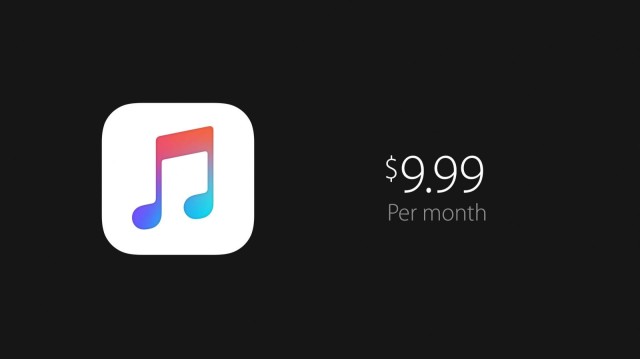 An Apple Music subscription is totally free for your first three months. After that, it’ll cost $9.99 per month. That’s on par with every other premium music streaming service like Spotify and Rdio.

If you want your whole family on board, Apple Music is probably doing you a favor. To subscribe, it’s a flat rate of $14.99 per month for up to six members of the family. It won’t increase as the number of members in your family increases, so whether you have two members or six, you’ll be paying $14.99. Spotify currently doesn’t match this offering, instead increasing the price by $5 per month for each family member. It did announce plans to match this in the future.

When and how can I sign up for Apple Music?

You can sign up for Apple Music starting tomorrow, June 30, at 8 a.m. Pacific time or 11 a.m. Eastern time. The launch coincides with the roll-out of iOS 8.4, so to listen on a mobile device, you’ll need to download iOS 8.4.

Here’s what to do: check your Settings tomorrow at around 8 a.m. PT or 11 a.m. ET for the iOS 8.4 software update. Download and install it on your iPhone or iPad for the quickest access to Apple Music. For desktop streaming, check iTunes around that same time for a software update that enables Apple Music.

If you’re running the iOS 9 developer beta, you’ll have access as well.

What countries is Apple Music available in?

It’s available in over 100 countries at launch including the United States. This is likely to include many other places like all of North America and South America, China, Russia, Australia and even small countries like Mozambique in Africa.

Will Apple Music let me stream everything on iTunes?

That’s tricky. For now, the answer is a maybe. Artists and record labels have to sign on separately to Apple Music and give Apple permission to put out its catalog. Not everything you see on iTunes might wind up on Apple Music, but Apple sure is pretty good at persuasion. We’ll have to wait and see.

What is more likely, however, is that Apple Music’s catalog will match or exceed that of Spotify’s or Tidal’s, currently numbered at over 20 million and 25 million songs, respectfully. Apple Music promises to pay artists and record labels more, plus will be paying them even during the three-month free trial. Odds are you’ve probably heard about the Taylor Swift snafu, too: she has decided to put 1989 on Apple Music at launch, but her music catalog still remains off of Spotify.

Will Apple Music feature any exclusives?

Yes. Some artists have already announced plans to release music exclusively for Apple Music, like Pharrell Williams’ new song “Freedom.” This is largely in part due to Jimmy Iovine’s (formerly of Beats, now of Apple) exhaustive list of contacts in the music industry, plus Apple’s own clout it has built up over the years with iTunes.

What devices can I listen to Apple Music on?

Apple Music will be available through iTunes on Mac or PC and the Music app on your iOS devices at launch. Apple also announced that it would release an Android app and Apple TV support by the end of the year.

Be sure to have the latest version of iTunes installed for Mac or PC and iOS 8.4 or later on your iPhone or iPad.

Support for Sonos is on its way, too — probably by year end. In the meantime, Beats on Sonos is going away, so don’t sign up just now if you want to continue streaming music from Beats. Wait until support for Apple Music is added.

Can I listen to music offline? 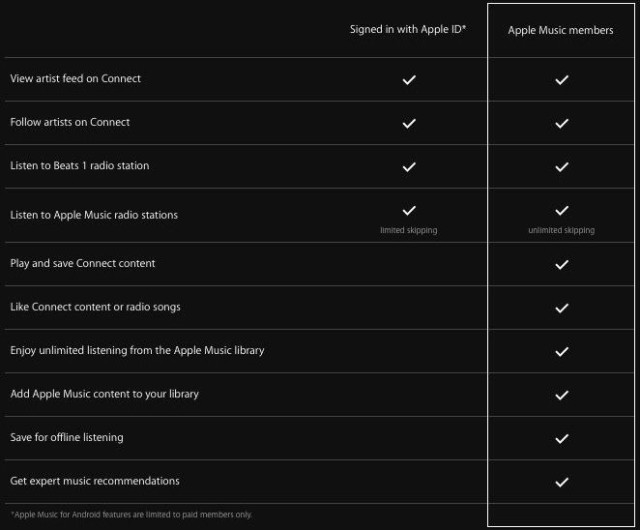 Yes, Apple Music subscribers can save music to listen offline later. It’s not entirely clear how this will work yet, but it’s along the lines of being able to add songs or even videos to a offline collection that you can access with or without an Internet connection. This also applies if you’re in Airplane Mode.

What is Beats 1 Radio?

Beats 1 is Apple’s own Internet radio station that’s launching alongside Apple Music. It’ll be available in the Music app and broadcasting live around the world 24/7. The station will play new music regardless of the genre and feature a number of A-list celebrities with their own shows like Drake and Elton John.

Your Apple Music library will live alongside the entire collection of iTunes music that you already own.

Should I still be paying for iTunes Match?

As far as we know, iTunes Match will continue to exist. This will basically just extend your music library to include everything from Apple Music’s catalog, everything you’ve purchased, and any songs or albums you uploaded to store in iTunes over iCloud. Whether you think it’s necessary to keep these songs (and your iTunes Match subscription) since they’ll likely be available through Apple Music is entirely up to you. 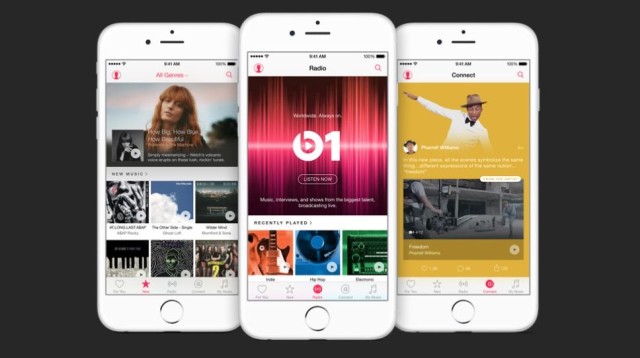 Apple Music Connect is the social aspect of the music service that will allow you to follow artists within the service to receive updates and new music as it comes out – plus bonus content like photos and videos. You’ll also be able to do a bit of socializing like leaving comments, as its somewhat of a mini social network within Apple Music.

Spotify currently has a wealth of social features more geared toward friends like creating shared playlists and following Facebook friends, but there is no word on whether Apple Music will support these in Connect. It doesn’t seem likely at launch.