Early adopters of the Apple Watch are still exploring the new wearable to discover all its hidden functionality. The least obvious feature in Apple’s newest device is Force Touch, which lets you change some settings by pressing firmly on the screen.

It’s a weird thing to get used to, and sometimes it’s even tough to remember that it’s an option, so here’s a handy guide to everything that Force Touch can do with the apps included on your new Apple Watch. 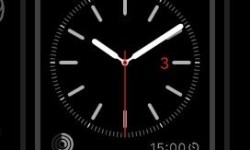 Here’s the application of Force Touch that most Apple Watch users will learn first as they check out all of the different display options, change colors, pick which extra information to display, and then repeat the entire process several times until they’re happy.

I’m on my third layout, and I’ve had my Watch for less than a week.

A firm press on the face brings up a menu that lets you swipe to the look you want and then customize as you see fit.

Set your display options for the stopwatch 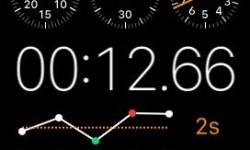 The onboard stopwatch is handy for timing things, obviously, but your Apple Watch has a few ways to present the information you record.

You have four choices here, and they pop up with a firm press on the app. Analog is the classic number-and-dial option. Digital is just numbers, and as you log your lap times, you can scroll through them using the Digital Crown. Graph is probably my favorite for collecting and comparing a lot of data; each lap places a point on a chart. You swipe left and right to see all of your points, and an orange line shows you the average time among all of your data.

If you can’t decide between these three, however, go with Hybrid, which has all three versions stacked right on top of each other. That’s sure to get you all of the information you need.

Make the most out of Messages 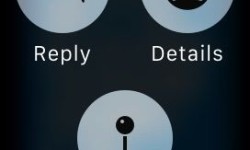 You’re probably going to be using your Apple Watch for texts a lot, and Force Touch makes most of what you need to do way quicker.

When you first open the app, Force Touch gives you an option to start a new message without finding an existing conversation. And once you’re chatting away, you can use it inside a thread to reply, get contact details for the person you’re talking to, and send them your location.

Once you’re composing a message, you might want to throw in a fancy animated Emoji (you find those by swiping left from the boring, static Emoji). The hand gestures don’t do anything but look awesome when you dial down them really quickly with the Digital Crown, but Force Touch lets you change the colors of the hearts and smileys. The hearts can be red, blue, or purple, and the smileys can be classic yellow or furious red.

Make some synergy with your iPhone calendar 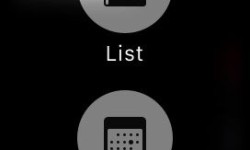 Sometimes, you want to see all of your upcoming events arranged in a convenient list. But you might also want to see them all laid out in cool and colorful bubbles like you do in the calendar on your iPhone. How do you switch between them, though?

Force Touch, obviously. Which article are you reading?

Pressing on the calendar lets you choose between a list view and a daily timeline to pick which one works best for you. 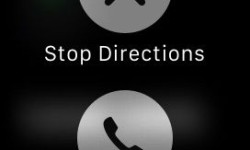 Sometimes, you’re just puttering along in your car, and you reach a point where you don’t need the help anymore. Maybe you remembered how to get where you were going, or you need to make a change in your route, or you just get tired of that bossy voice coming out of your phone.

A Force Touch on the route map will show you an option to “Stop Direction.” Or you can call your destination to let them know you’re going to be late or to see if they ever restocked Cherry Coke Zero, guy at the gas station near my house. 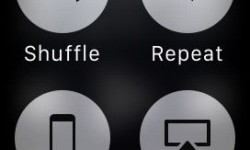 Your Apple Watch can work as a remote to control music on your iPhone, or it can be a music player in its own right if you pair a Bluetooth headset with it. If you want to customize your setup in the Music app, just give the screen a press. This will let you set your music to shuffle or repeat (either one song or all of them). You can also pick a source and connect to another device via AirPlay if you have that set up.

Dismiss all the things 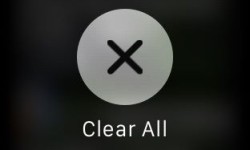 You know what’s super convenient? Getting notifications on your watch and being able to check them without fishing your iPhone out of your pocket. You know what sucks, though? When all of those notifications stack up, and then you have to go through and clear each one individually.

Not so with Force Touch; one firm press will give you an option to clear all pending alerts with a single tap.