Actress Anna Kendrick can probably afford a $10,000 gold watch, but that didn’t stop her from taking a bite out of Apple after it flexed its wrist-computing power Monday.

Known for her brutal Twitter truths, Kendrick offered a sour evaluation of the high-end Apple Watch, which is made of 18-karat gold and comes with a matching luxury price tag.

“We should be thanking Apple for launching the $10,000 ‘apple watch’ as the new gold standard in douchebag detection,” wrote Kendrick.

A simple search of #AppleWatch offers a range of snarky missives, especially aimed at the high-end Apple Watch Edition, which presumably won’t be much of a keepsake once its battery stops charging.

Some of the tweets predicted failure or showed a certain percentage of the public will likely pass on the watch. Others got creative with actual apples, carving or drawing a face on the surface of the fruit and posing it on their wrist. 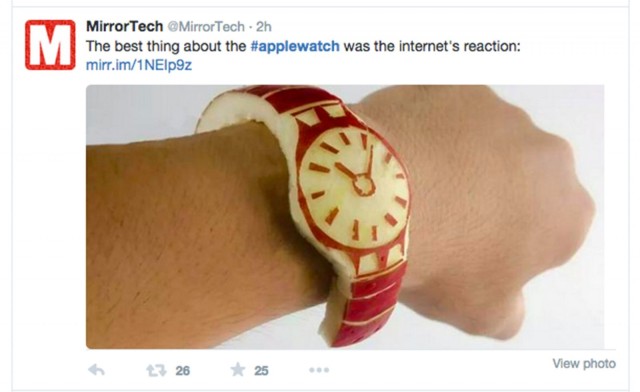 While the Apple Watch lets you share your heartbeat to let someone know you’re thinking of them, many in the Twittersphere seemed to be sending a message with a virtual middle finger.

“You could buy an #AppleWatch or you could buy 6,840 rolos. I just did the math,” wrote Felicity Morse.

Another tweet, from Gautam Trivedi, editorialized on two institutions.

“If I had to spend $10 K on something which would be obsolete in 2 years, I’d buy an engagement ring,” he wrote.

On Cult of Mac’s Facebook page, plenty spoke their minds in the comments section of stories posted throughout the day.

Two said they would choose watches that were more “timeless.”

“They are overprice,” wrote William Biggz. “Goes to show Apple don’t give a s— about customers without money to get an Apple watch. Even I had $10,000 to buy a watch, a Rolex is a much better option as it is timeless.”

Well, that's it! Thanks all for joining us for these horrendous, unnecessary Apple events. https://t.co/YByfS8Xjq7 pic.twitter.com/D3BSzsNNbX 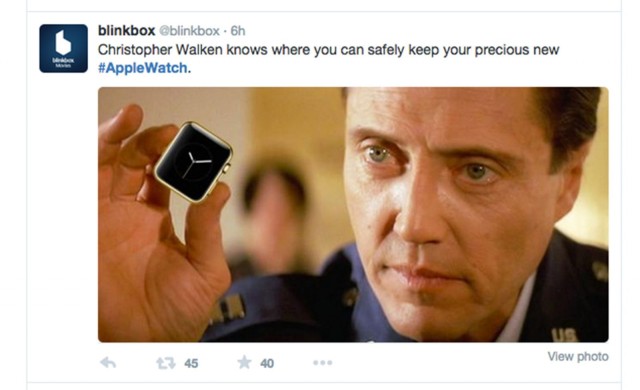 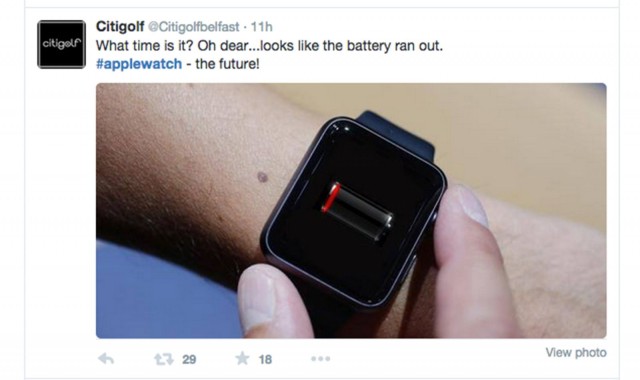 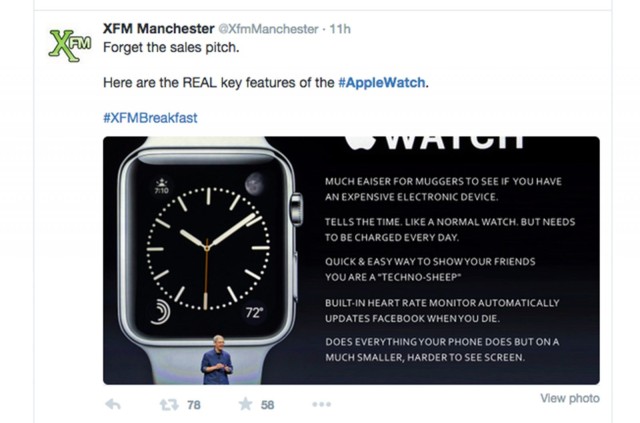