Apple Watch still isn’t available for the masses, but Apple is ramping up its marketing efforts among fashionistas with a multipage spread in the March issue of Vogue.

Multiple versions of the Apple Watch are shown across the seven-page ad, which includes closeups of the watch bands as well as full-size pictures of the entire device to give readers a better idea about whether Jony Ive’s timepiece will fit in with their wardrobes.

Take a look at some of the other ads below:

Vogue also has a preview of the gold Apple Watch Edition on its French website. The print ads feature images of the Milanese loop, the navy leather Loop and the green Apple Watch sport band. 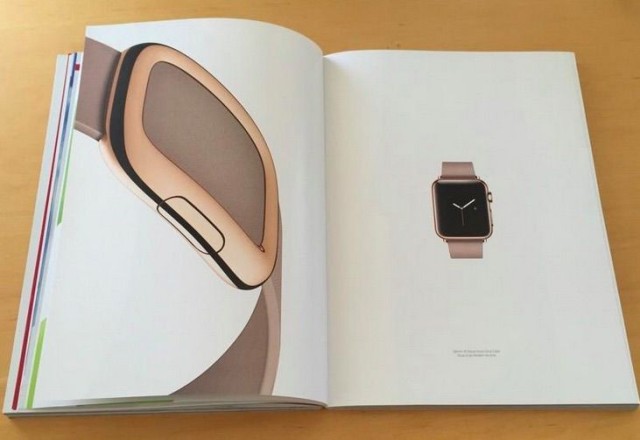 Apple Watch also made an appearance on the cover of SELF Magazine this month, with model Candice Swanepoel rocking the Sport model. Pricing for the Apple Watch still hasn’t been announced other than the $350 price tag for the Sport. Full details, as well as the release date, are expected to be revealed at an event in March.