Toyota was one of the first car manufacturers to announce it would support CarPlay, but the company is pulling back on its plans to embrace Apple’s car infotainment system. Despite still being listed among Apple’s CarPlay partners, Toyota says it’s sticking with its own Entune systems.

The company says that while it has talked frequently to both Apple and Google about CarPlay and Android Auto, it has no plans to bring the technologies to its cars in the United States anytime soon. Toyota’s manager of advanced technology communications, John Hanson, told the New York Times, “We may all eventually wind up there, but right now we prefer to use our in-house proprietary platforms for those kinds of functions,” Mr. Hanson said.

While Toyota’s not so hot on CarPlay, other manufacturers like Ford, BMW, Volkswagon, and GM are more bullish on Apple’s car offerings. Here’s a full breakdown of which service auto makers currently support: 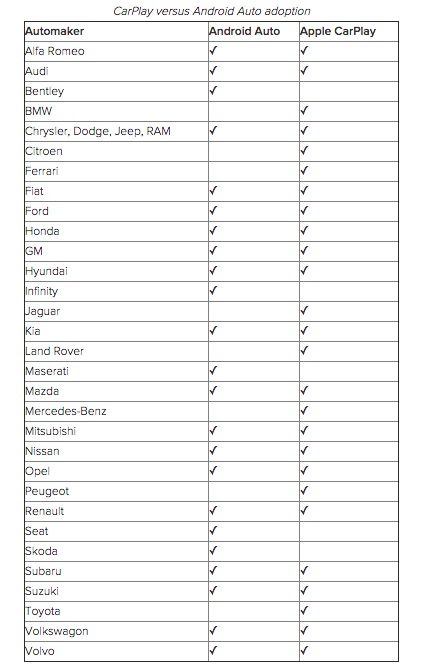