As China continues its march to become one of Apple’s most important markets, the country’s press have been given a special advance preview of the company’s forthcoming second Chongqing Apple Store, set to open at 10am local time this Saturday, January 31.

Not dissimilar to the concept behind Apple’s Fifth Avenue flagship store in New York, the new Chongqing Apple Store features a stunning glass structure emblazoned with the Apple logo, leading to an underground shopping area. In doing so, the store recycles the design Apple first created for its Pudong retail store in Shanghai.

Check out some some other beautiful inside images after the jump.

To build anticipation for the store’s opening, Apple previously commissioned a giant mural from international photographer Navid Baraty and Chinese artist Yangyang Pan — which was used to cover the outside of the glass design ahead of its official unveiling.

Tim Cook has stated that Apple will open a total of 25 new retail stores in China over the next two years. By doing this, Apple will greatly increase its retail presence in the country from 15 stores to 40 by 2016.

If you live in China (or are visiting), and plan to attend the opening of the new store this weekend, drop us some photos here at Cult of Mac. 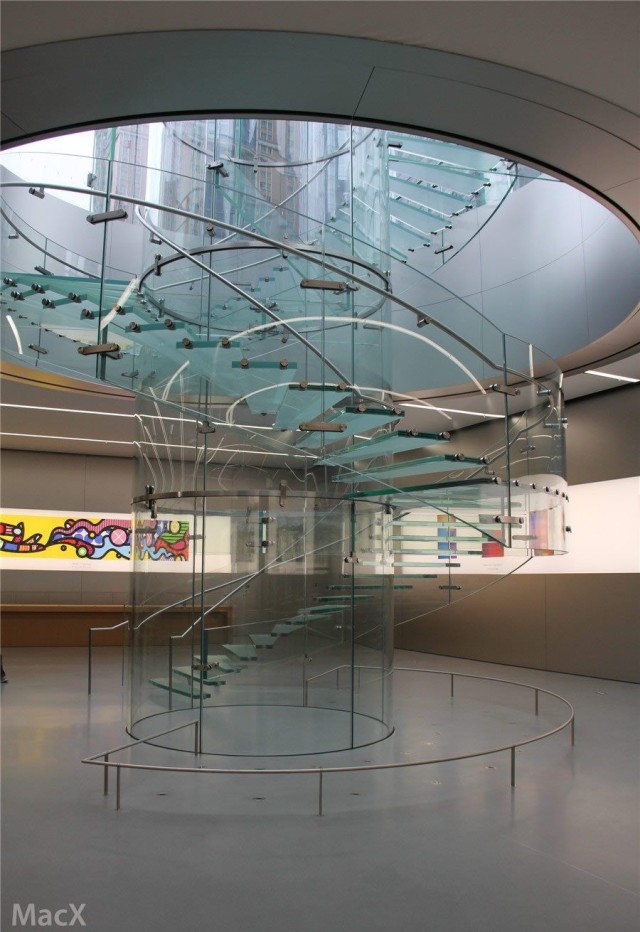 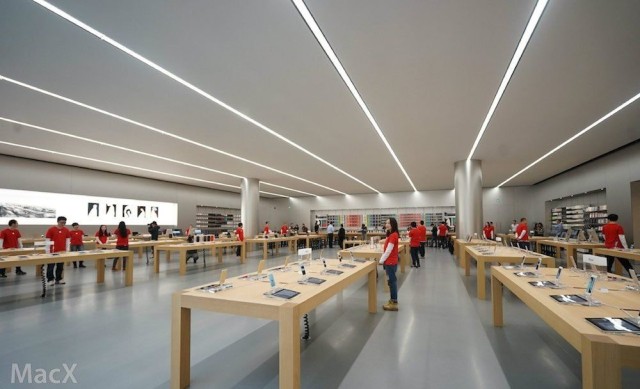