When Apple comes up with an iconic design for an Apple Store, it often likes to replicate it elsewhere.

Just like the glass cube created for the company’s Fifth Avenue flagship store in New York has also popped up in other Apple Stores around the world, so too is the company reusing the glass cylinder entrance architecture design first created for its Pudong brick-and-mortar store in Shanghai.

The store will be the second Apple Store in Chongqing, and is currently under construction. Previously the entrance was obscured by a large steel structure, which had covered it for much of the last year. Last month this was removed, offering a glimpse at the impressive entranceway, which will lead to an underground shopping area.

Based on the construction’s progress, ifoApplestore thinks the finished store may open early this year.

Tim Cook has stated that Apple is set to open 25 new retail stores in China over the next two years; increasing the company’s retail presence in the country from 15 stores to 40 by 2016. When you’re working on that kind of schedule, it’s no wonder that a few design elements would be duped along the way!

Check out pictures of the Guotai Plaza Apple Store’s progress below: 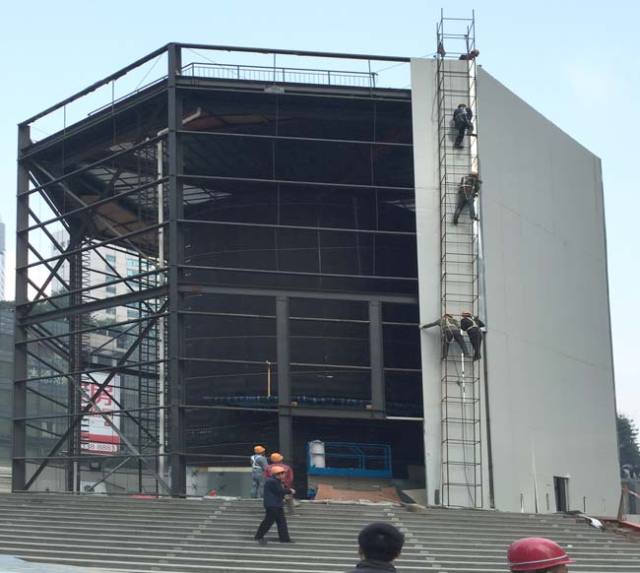 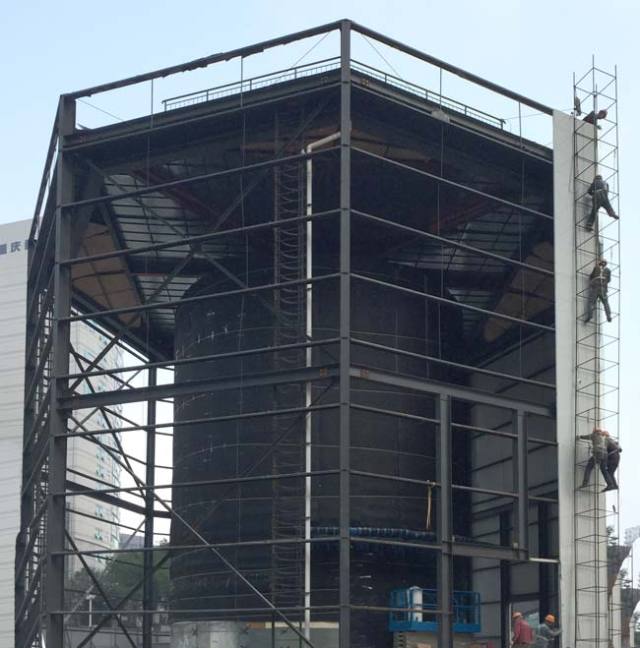