Apple Pay launched yesterday with dozens of official partners supporting Apple’s mobile payments solution out of the gate, but even though participating stores are listed on Apple’s website, there are tons of other contactless payment vendors in your city that can use Apply Pay, and you don’t even know it.

Many of the 200,000 contactless NFC payment terminals across the U.S. can accept Apple Pay, whether it’s a Coca-Cola vending machine, or your local car shop. Finding those business using contactless payments is the biggest challenge, but thanks to a couple of websites and apps, you can locate your next Apple Pay destination in seconds.

Here’s how to find Apple Pay merchants near you: 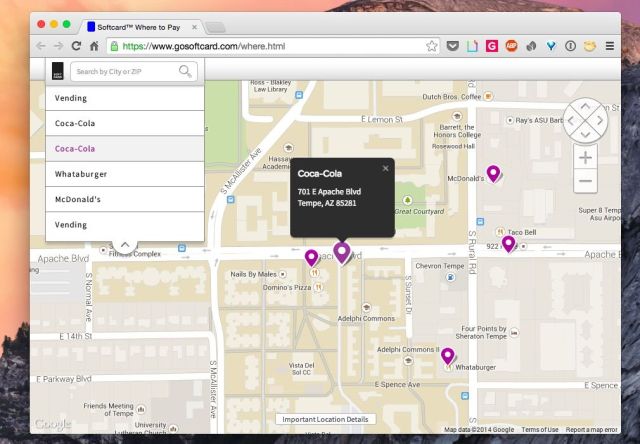 Softcard, the mobile payments solution backed by AT&T, Verizon, and T-Mobile, also uses NFC to accept Visa, MasterCard, Discover, and American Express at its terminals, most of which work with Apple Pay too. Softcard’s location finder pulls up popular Apple Pay locations like CVS, Subway, and McDonalds, but also has extensive listings of other restaurants, shops, and vending machines that accept NFC payments.

MasterCard Nearby for iOS was designed to help cardholders locate banks and ATMs, but you can filter the results to only show MasterCard PayPass merchants, most of which can also accept Apple Pay.

Google Wallet – Where it works 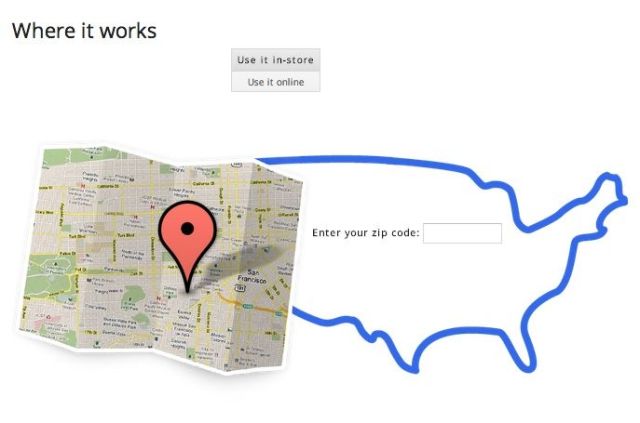 Google Wallet has been a dud, even among the Android faithful, but most of the merchants that accept Google Wallet, are also support NFC payments from Visa payWave, MasterCard PayPass, and Apple Pay. Google’s Where it Works site doesn’t have as many results as locators from Softcard and MasterCard, but we did find a few stores from there that the others didn’t have.