We are three days into the Bendgate controversy, and while Apple says they’re seriously investigating why iPhone 6 Pluses are bending in users’ pockets, the company’s competitors and other brands are piling onto the controversy with a steady stream of bending jokes for the social media masses.

Everyone from Coca-Cola to Whattaburger are joining Samsung, LG, and Nokia in making fun of Apple’s flexible iPhone problem, and the results are absolutely hilarious. 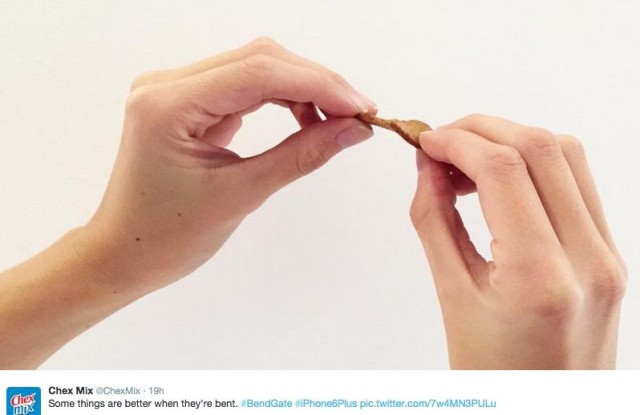 Coke bottles have been curvy in all the right places for over 100 years. 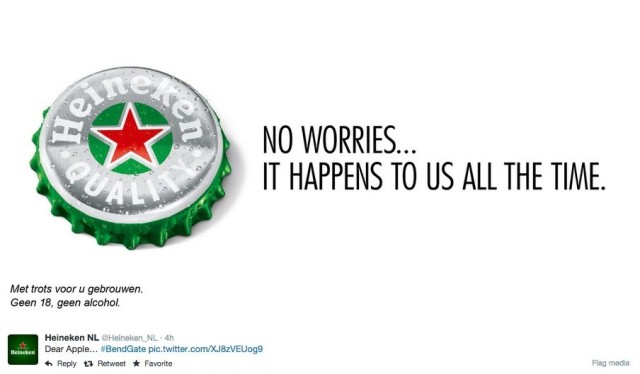 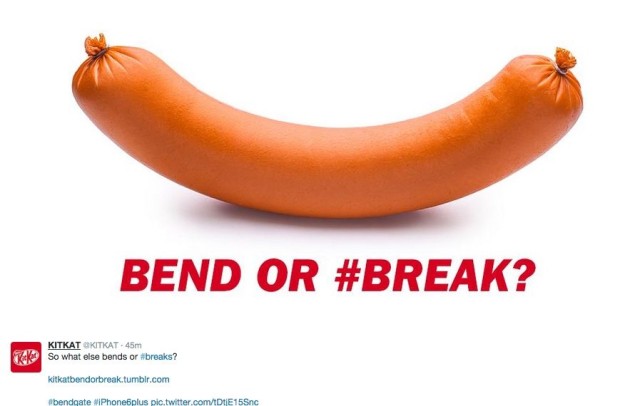 Kit Kat’s social media peeps had a field day with Bendgate, releasing multiple teasers about how non-bendy its offerings are. 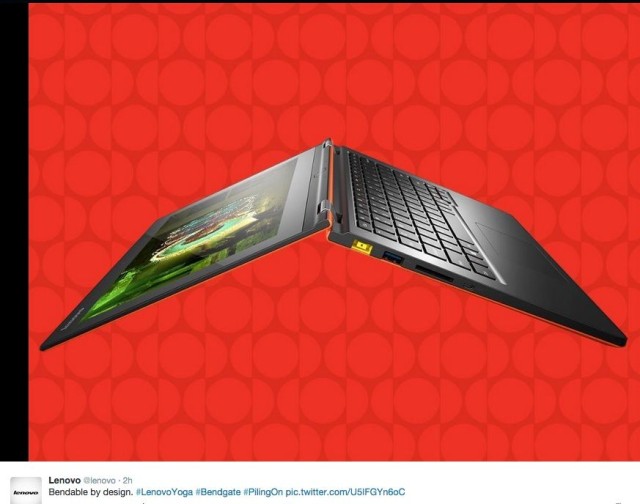 Apple’s biggest competitor in the desktop PC business wanted to make sure Tweeps know its laptops are designed to bend, although I’m sure I could smash it with my hands too. 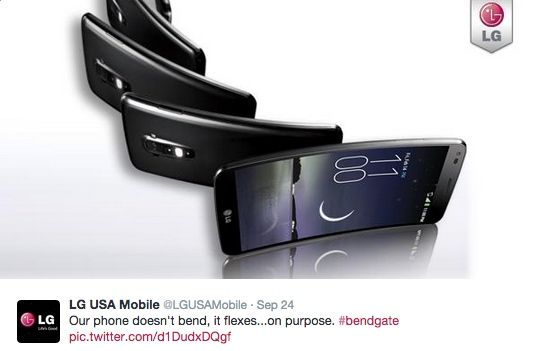 LG’s just happy to finally get to join the smartphone conversation after five years of spitting out mediocre Android handsets. 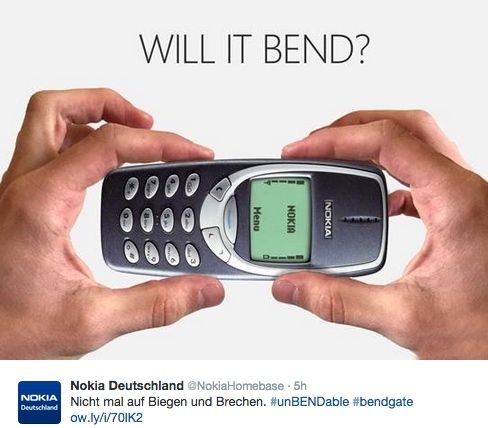 Nokia’s 3000 series handsets were the most durable phones in the world. Too bad they couldn’t adapt those skills to the smartphone market too. 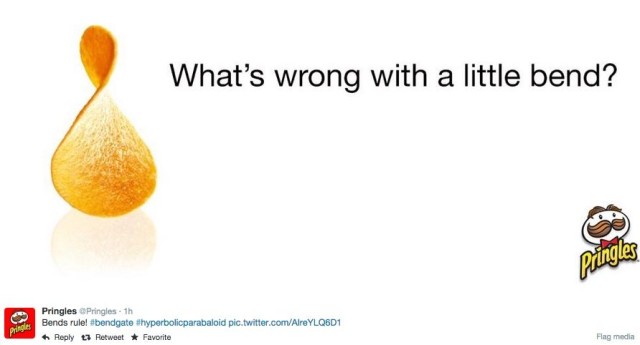 Once you bend, you just can’t stop.

It took Samsung just a few hours to make fun of Apple’s bending problems on social media, but we’ll be disappointed if Samsung Bendgate ad isn’t released within the next two weeks. 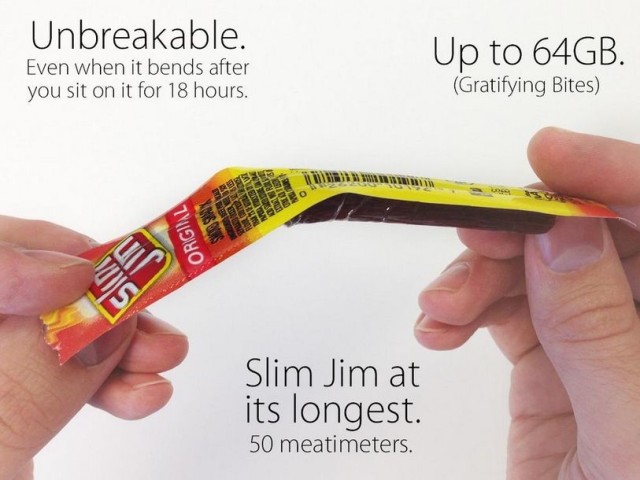 Even the world’s most disgusting meat brand in the world is making fun of the inferior quality of the iPhone 6 Plus. 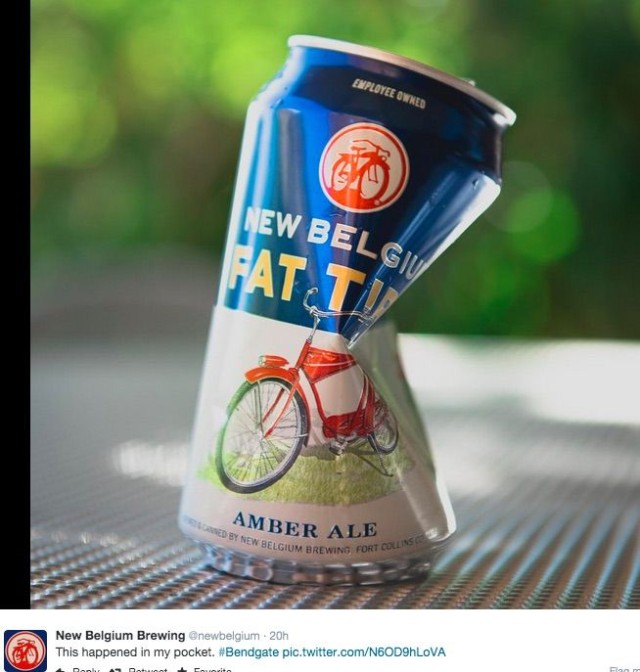 Don’t try putting an aluminum beer can in your pocket either. 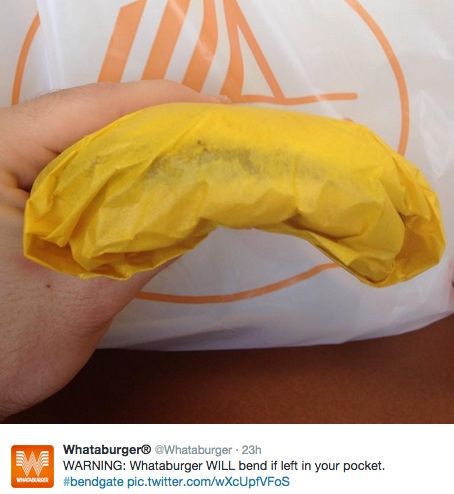