I took the Kahney family on an epic road trip across the American West this summer, visiting a half-dozen of the United States' most spectacular national parks. We covered thousands of miles, with six of us crammed into a Land Rover LR3 that had overstuffed storage units strapped to its top and back.

We weren't prepared for the vast distances, but we were prepared for the torrential monsoons and the blazing heat. And somehow we never lost our sense of humor: Here's my son at Zion Canyon in Utah, goofing around for a cruel joke pic to send to his grandparents ("We nearly lost one!").

Having the proper gear helped. Here's a rundown of the best camping and outdoors gear we road-tested during our month-long trip.

The Land Rover LR3 is the best car I've ever owned. It's big, fast and very, very capable. My wife hates it. She calls it the “Assholemobile” because it’s the U.K. version of a Hummer, but I love this luxe SUV.

It's a great vehicle for a big family like ours (we have four kids). Ours is a seven-seater, with a third row that folds up from the rear storage area. The cabin is light and airy with huge, widescreen windows. It has command seating, which is great for lording it over other vehicles on the road.

It feels big and safe. It's got gadgets galore, from the crazy-sophisticated, computer-controlled air suspension to a console icebox for keeping your sodas cool. The superior sound system rattles the windows. The big V8 is so quiet you can barely hear it, yet it hauls the beast onto the freeway like a 747 taking off — even fully loaded.

We used to own a Discovery II — it was, alas, a bottomless money pit — but the LR3 is much improved reliability-wise now that Land Rover has come under Ford's ownership. Shocker: Late-model Landys (approximately $12,000 to $25,000 used) are somewhat reliable. Even the car snobs at Jalopnik call it "shockingly good." At 100,000 miles, everything works perfectly except the seat warmers. This is partly thanks to the previous owner, who rushed it to the dealer every time an interior bulb blew. At 100K, the LR3 is just getting broken in.

A camp stove needs to be reliable and tough. For this trip, we ditched our trusty old Coleman stove for the Primus Firehole 100. We needed a bigger stove that could feed six hungry campers.

The Firehole 100 is pricey ($169.95), but it's bigger than most and solidly built. Its two burners put out 24,000 BTUs — enough to boil two big pots of water in a few minutes. The fuel line is built-in (we've lost detachable fuel lines in the past) and the burner knobs are recessed to stop them from snagging packs. There's a big plastic handle for easy carrying, and the wind breaks are magnetic and double as prep areas. But the thing I liked best? The piezo igniter worked every time!

REI's Hobitat 6 tent is a spacious car-camping tent that's surprisingly quick and easy to set up and break down. My teenage son managed to put it up on his own the first night working with a feeble flashlight. After that he became very proficient at putting it and pulling it down, though a 10-minute job became a five-minute one with some assistance from his siblings. Once up, the Hobitat was big and sturdy. We never staked it down or used guy wires, but it stood firm in several thunderstorms and didn't leak a drop.

Unfortunately, the Hobitat 6 is no longer available, but REI's Kingdom 6 ($439) is very similar.

My mother brought me Jacaru's Summer Breeze hat as a gift during a trip to Australia. I didn't like it at first — it's too cowboy — but over the years it's grown on me. It's proven perfect for almost every outdoor occasion, from grueling hikes to boozy afternoon naps after a day swilling the old amber nectar by the river. It's pretty lightweight and its wide brim is good for keeping the sun's rays off my pasty British skin.

Made of cowhide and PVC mesh, it's nearly indestructible. It's been trampled, chucked and swept down the river, but it shows few signs of wear. The Jacaru Summer Breeze hat is available by mail order for $69.00 AUD (about $64).

At one point during our trip, Apple's Map app sent us 100 miles down a backroad only to have us do a U-turn at a gas station and go back exactly the way we had come. Enraged, I immediately downloaded Waze, a reliable mapping app that includes a killer feature — crowd-sourced traffic alerts.

The free Waze app (available for iOS, Android and Windows Phone) allows other drivers in the area to report things like police, accidents, stopped cars and traffic jams. I found it spooky reliable. The app beeped and chirped whenever we approached a speed trap or a vehicle stopped on the shoulder. There were no false positives and directions were solid and reliable. Waze even has a ton of features I didn't use, like crowdsourced cheap gas alerts and the ability to share drive times with contacts. The only thing I don't like is the cartoony icons.

Camelbak might make the best bottles, but the best hydration packs are now made by Osprey. We had a trio of 3.0-liter Osprey Hydraulics Reservoirs ($36) for our hikes, and they proved reliable lifesavers.

The Osprey bladders have a stiff backing plate and rigid carrying handles, which makes filling and handling them easier than other bladders. They slipped easily into and out of our backpacks, and didn’t flop everywhere when being filled. The large cap also helped (and the oversize opening made cleaning and drying a snap). The bite valve works better than Camelbak's design, and the lockout is easy to use.

After years of drinking out of squeezy cycling bottles during exercise, I really fell for Camelbak's Eddy bottle. Unlike cycling bottles, you don't have to tilt your head back to drink: You just bite on the Eddy's silicon valve and suck up water via the internal straw. There are no spills or side squirts and you can gulp down gallons at a time.

The Eddy is a well-designed water bottle: It's easier and faster than any I've ever tried. During our hikes, we had several Eddys to supplement our hydration packs. They proved durable and reliable. They're easy to refill, fit in most car cup holders, and have a handy carrying carabiner loop built into their lids. The bite valve is exposed and got dusty on hikes, but at $16, the Eddy can't be beat for hiking, trips to the gym or everyday drinking. I even water the houseplants with it.

Made of a 70/30 cotton/nylon mixture, the shorts dry out in no time. That makes them great for hiking rivers or swimming in lakes; they're dry long before you get back to the car. They have enough pockets to carry money, phone and keys, and are easy to wash in the sink and hang over a balcony to dry. $12 on sale.

Alite's Mantis Chair is a lightweight, collapsible camp chair that's easy to transport and easy to sit in. It's made from elasticated aluminum tent poles, with four little legs that make the seat quite firm and sturdy. Its large nylon seat is surprisingly comfy for long periods of time.

The Mantis is easily dismantled and stuffed into the bottom of a day pack. It weighs just 1.6 pounds but will support up to 250 pounds. At $120 list, it's not cheap — but we picked up a broken one (which I repaired) at REI's semi-annual garage sale. It goes without saying we took our iPhones with us everywhere. They were perfect travel companions, great for capturing family photos as well as wildlife — and sometimes both at once. 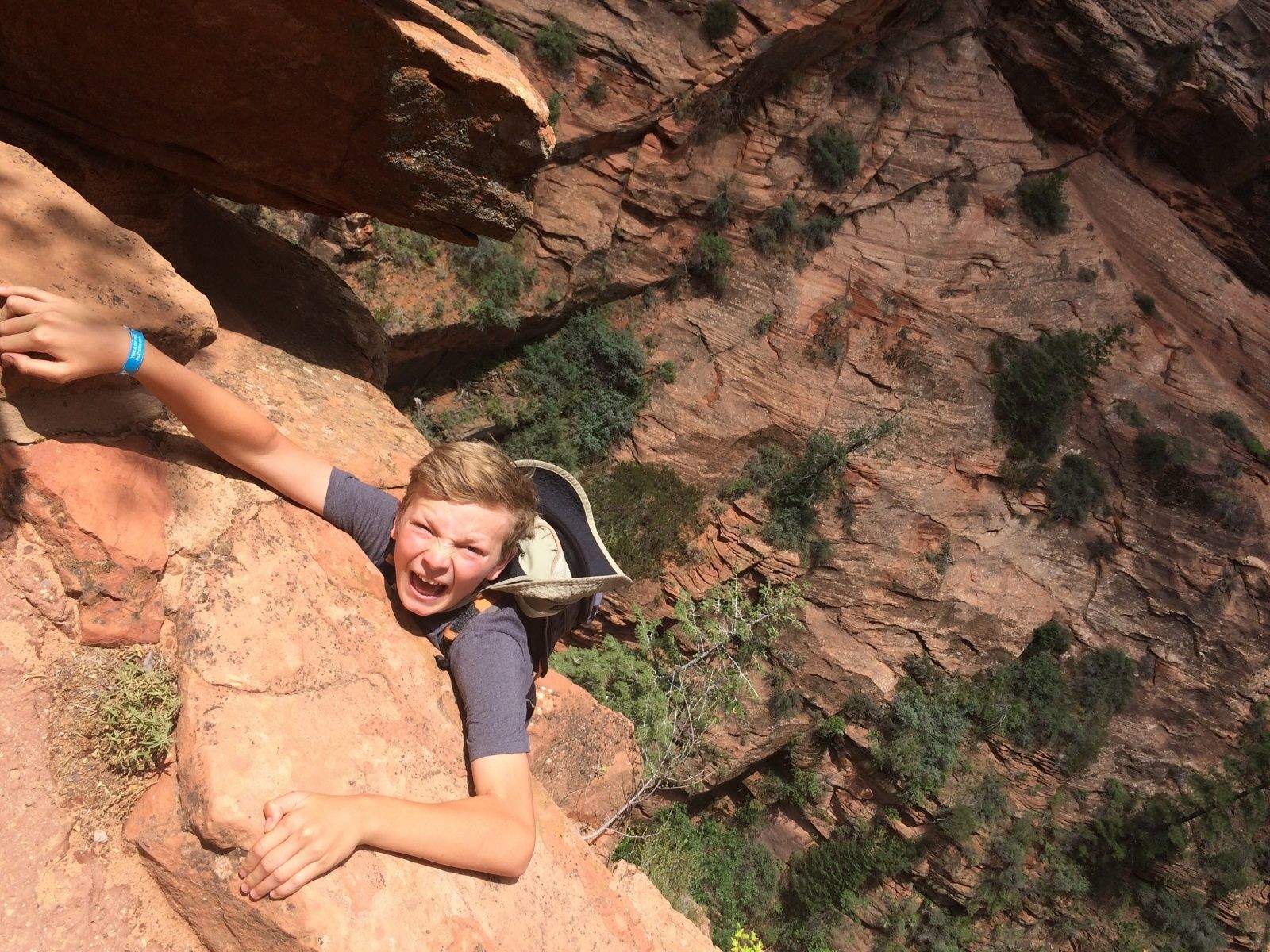 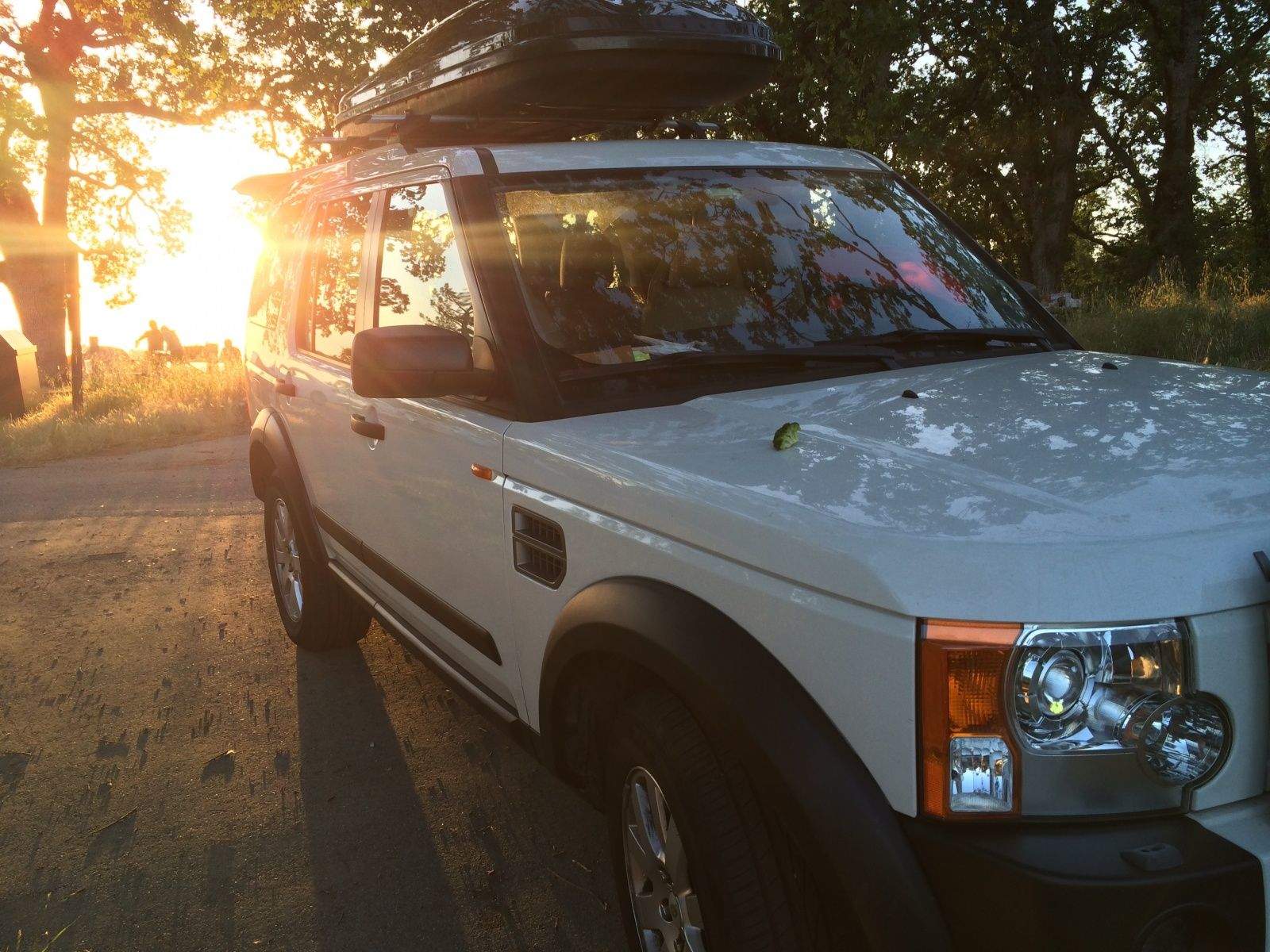 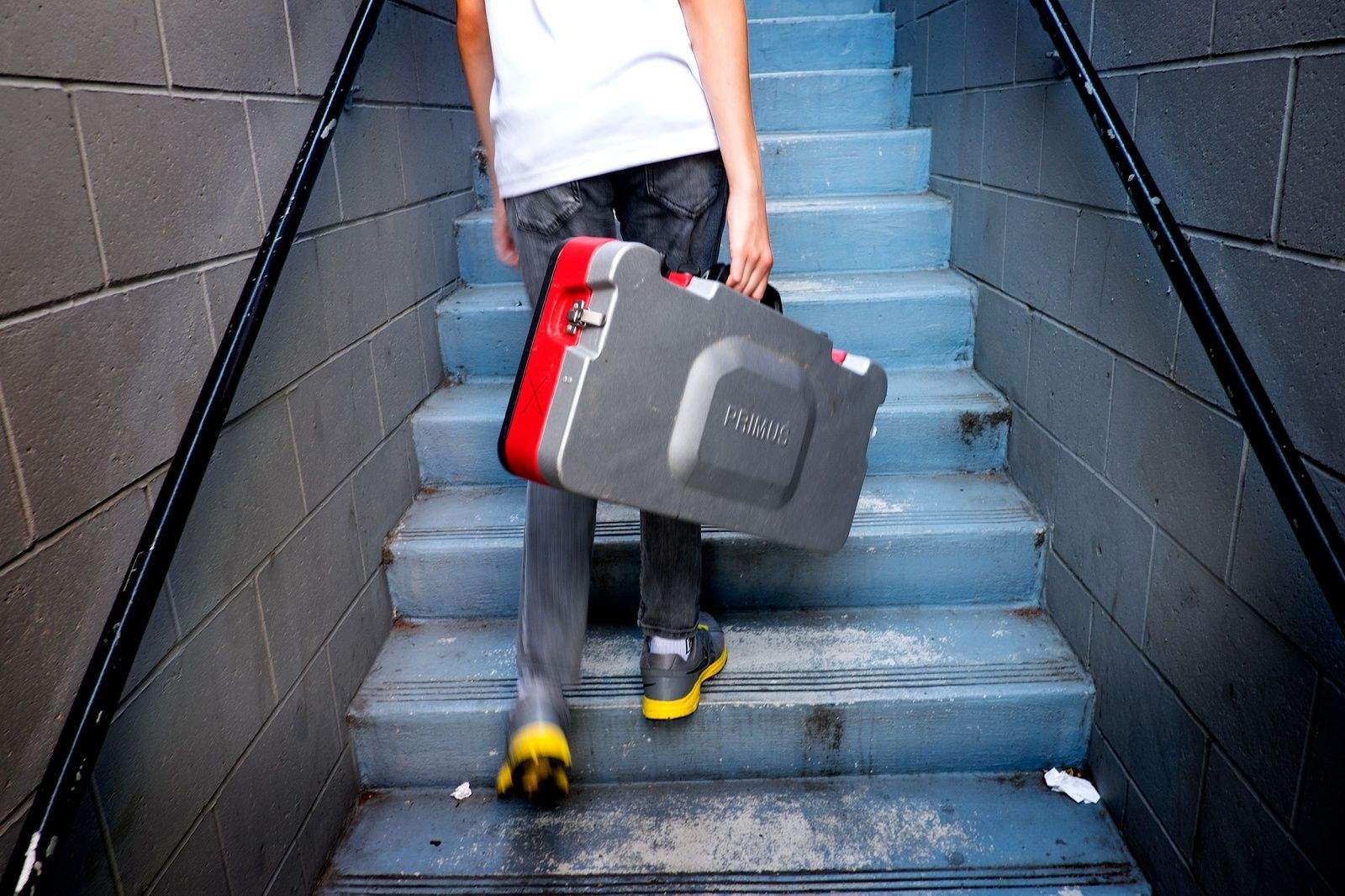 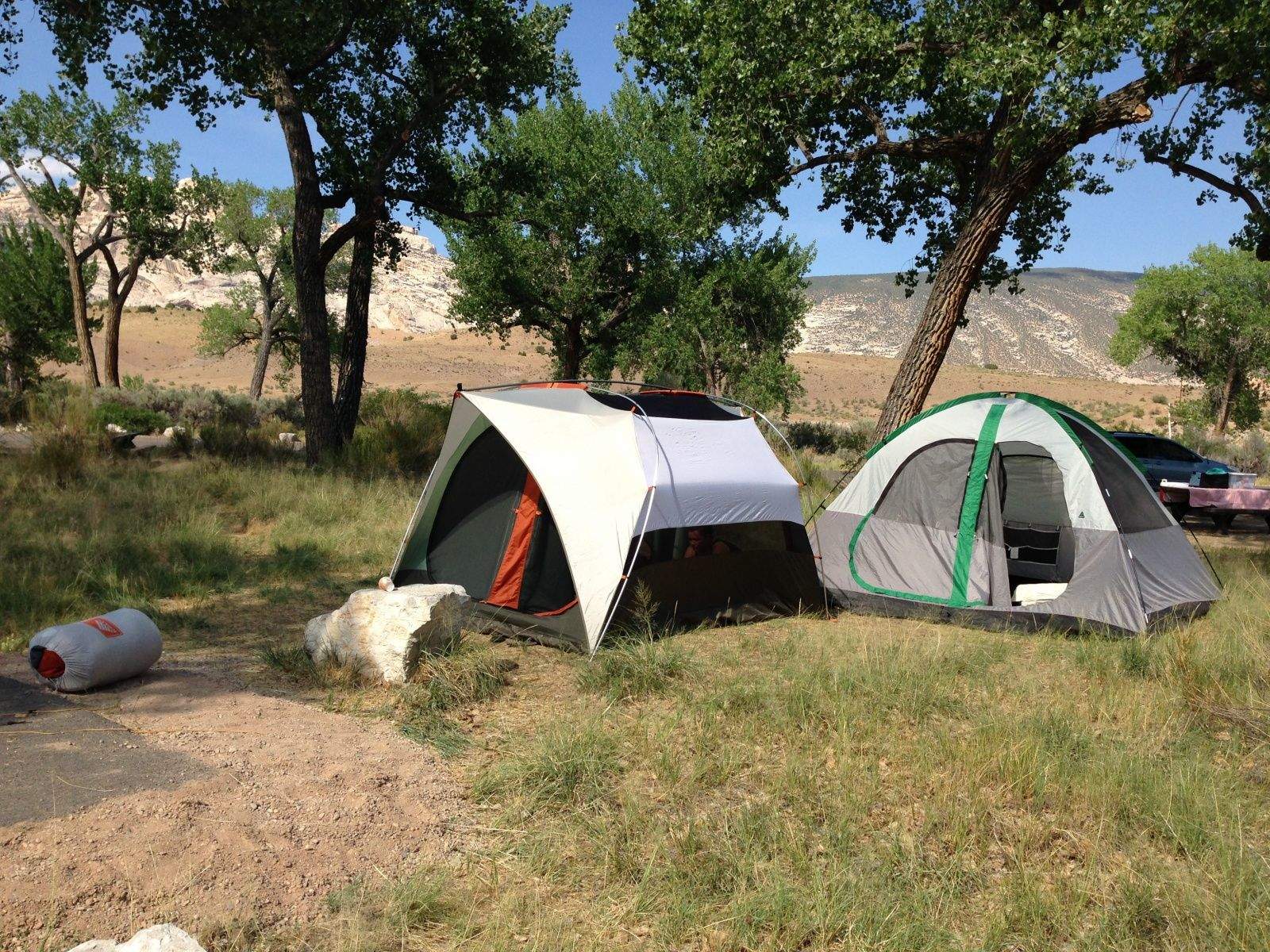 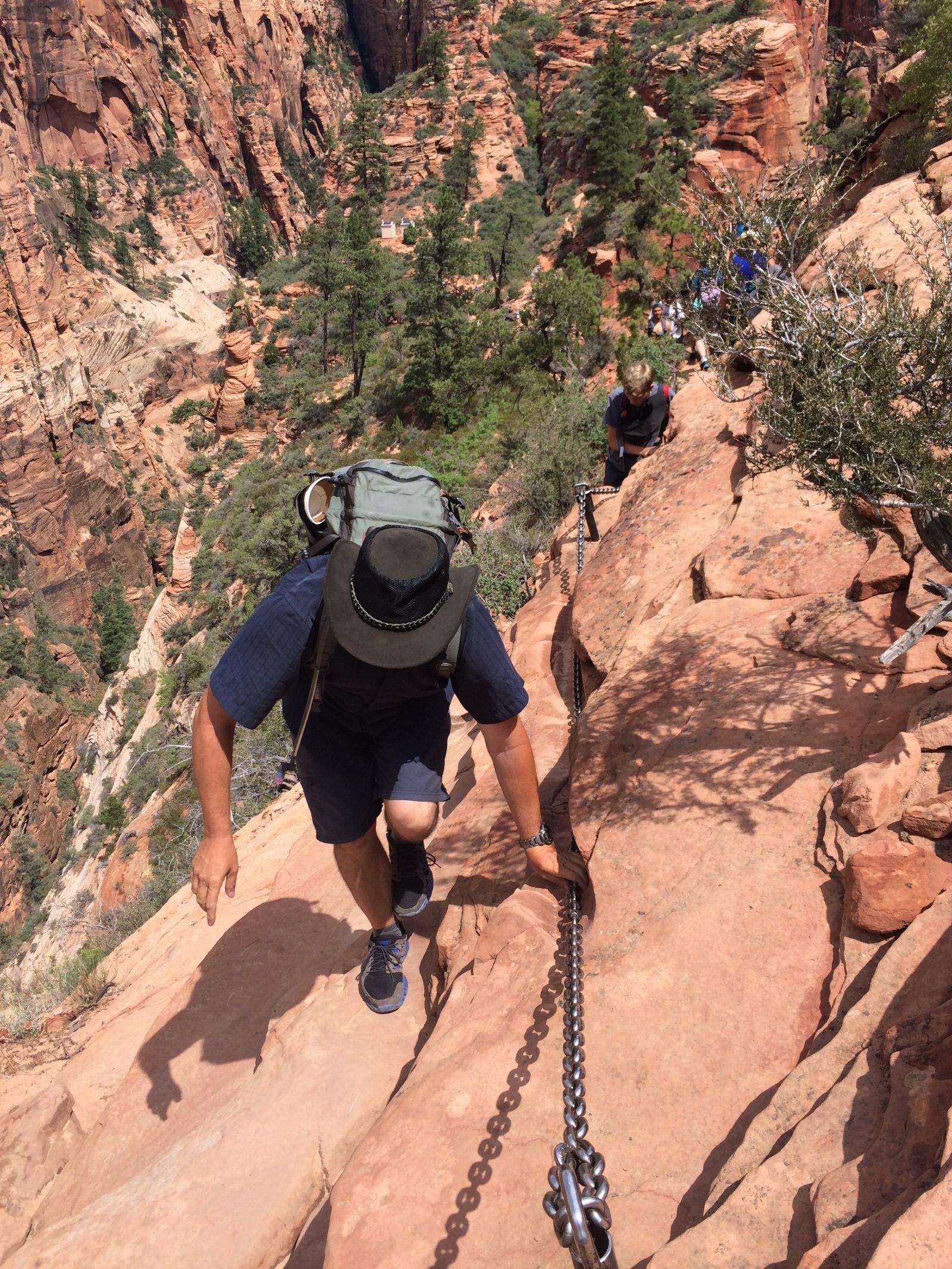 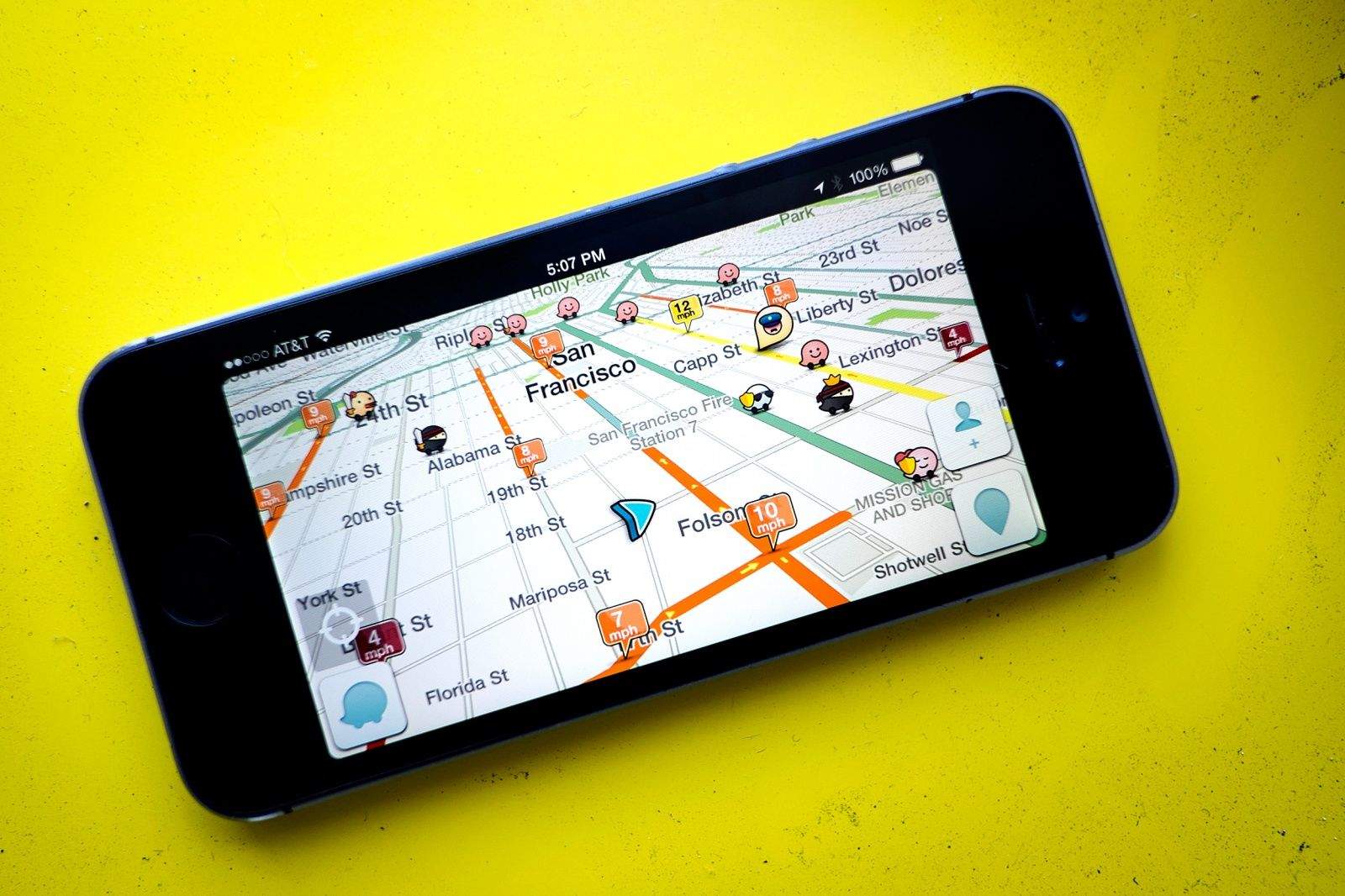 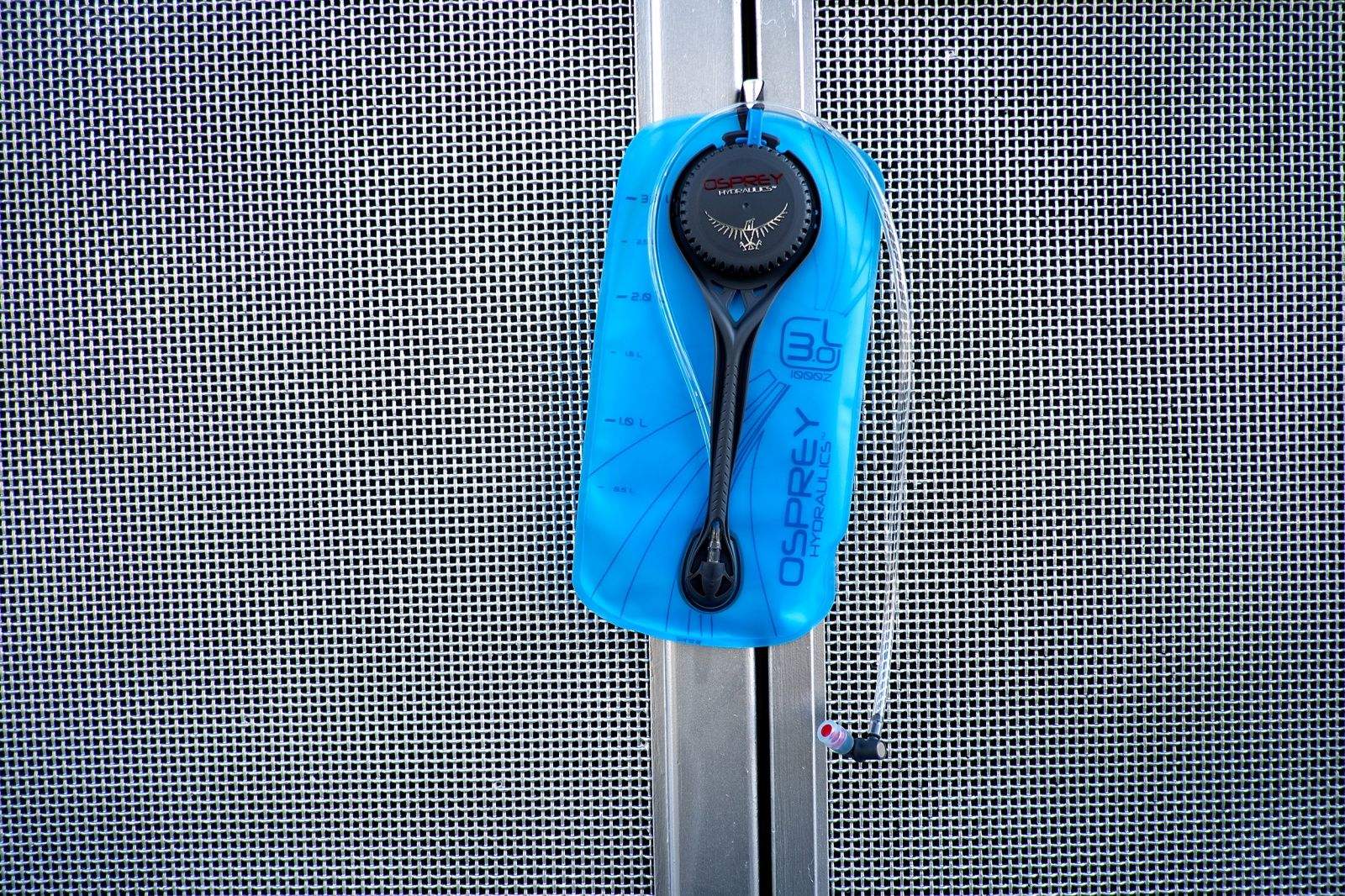 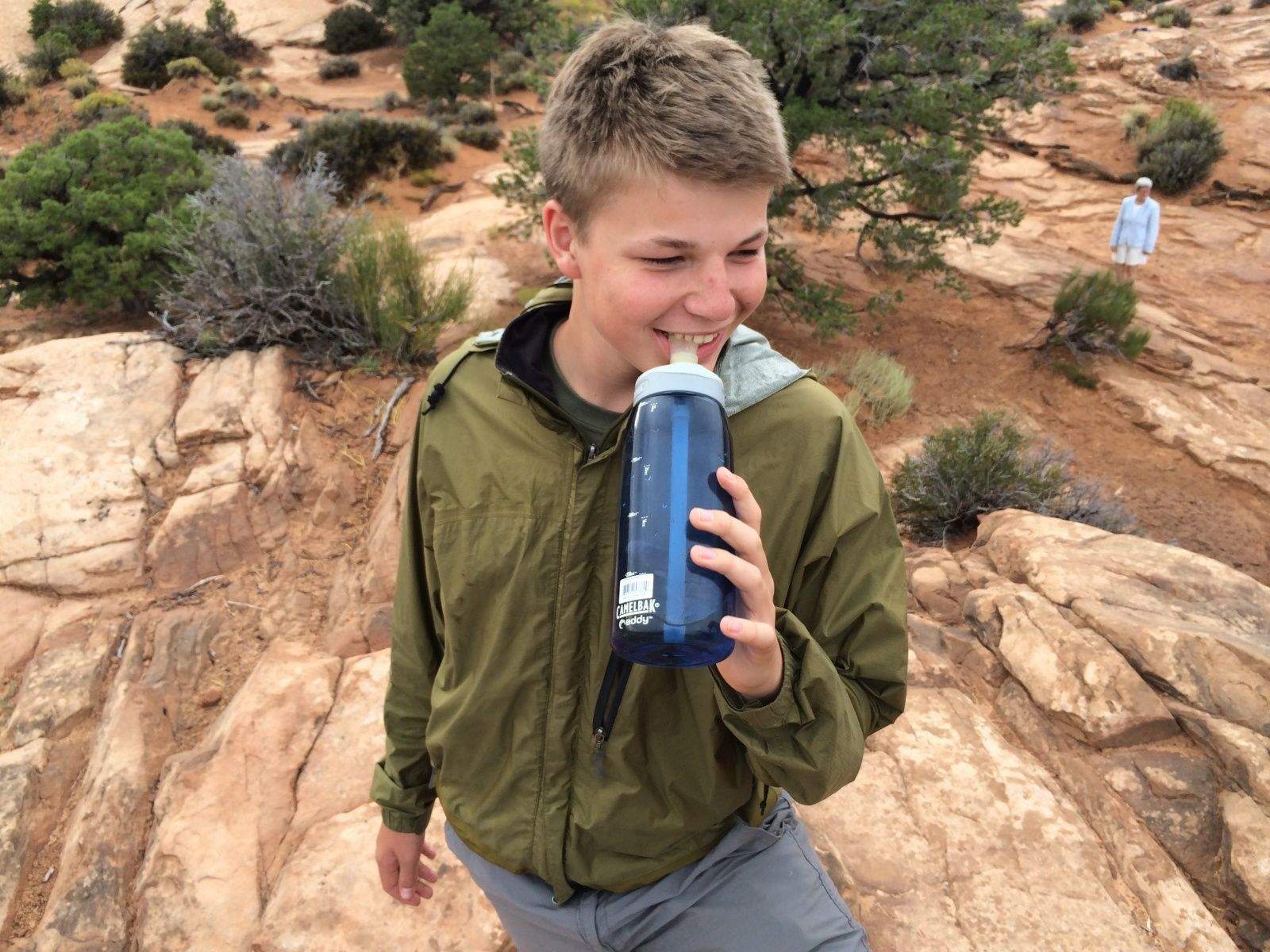 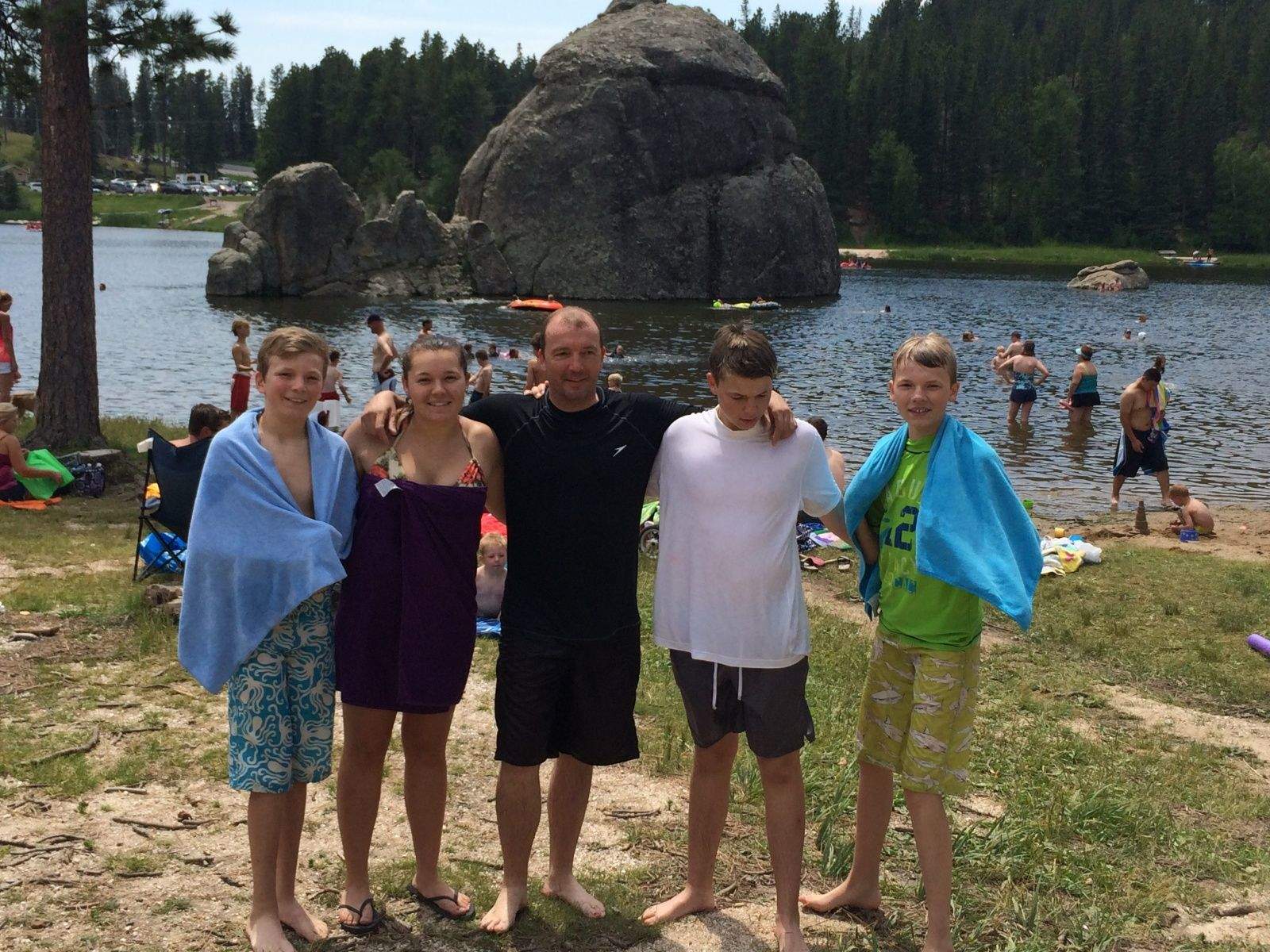 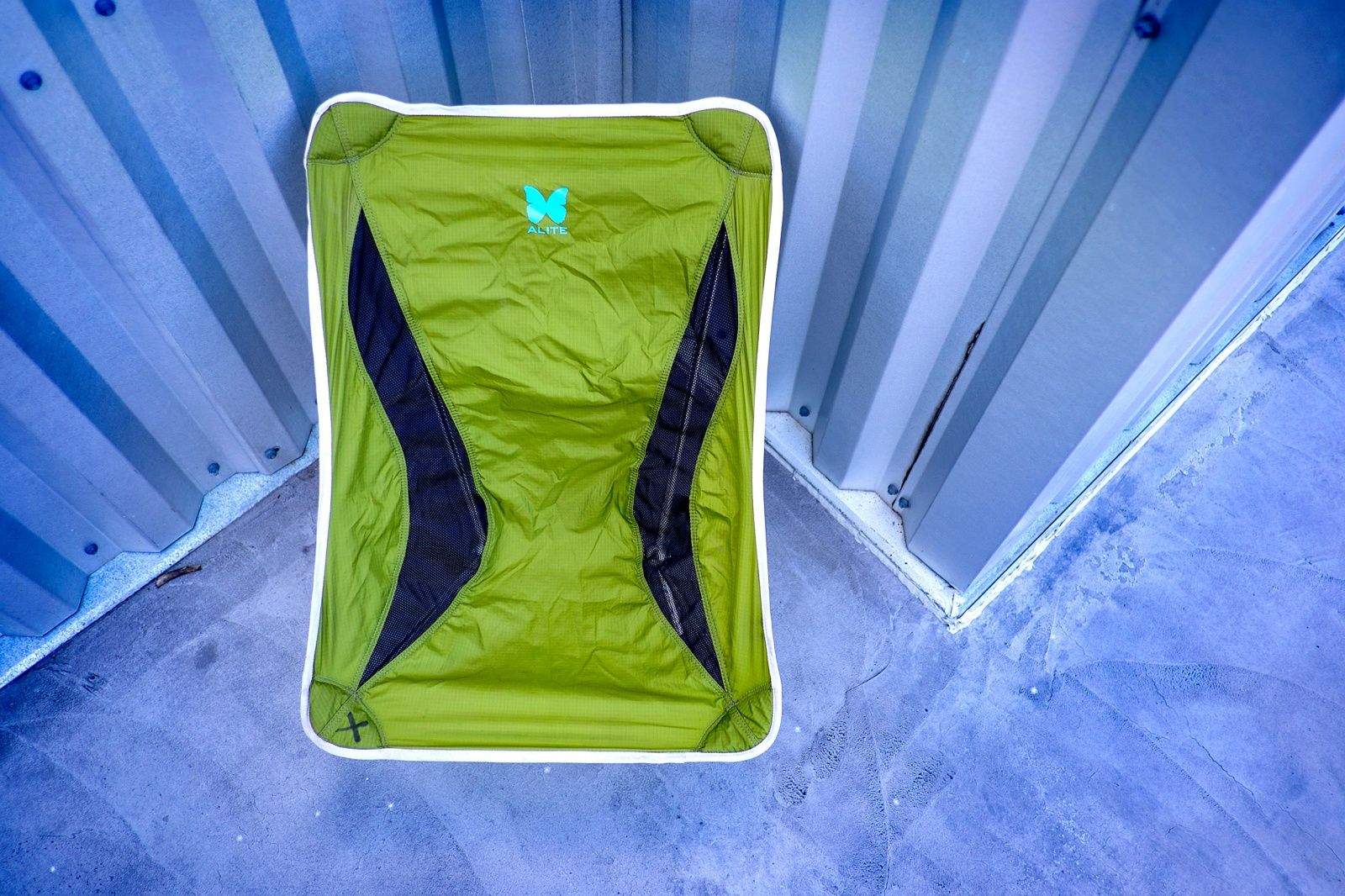 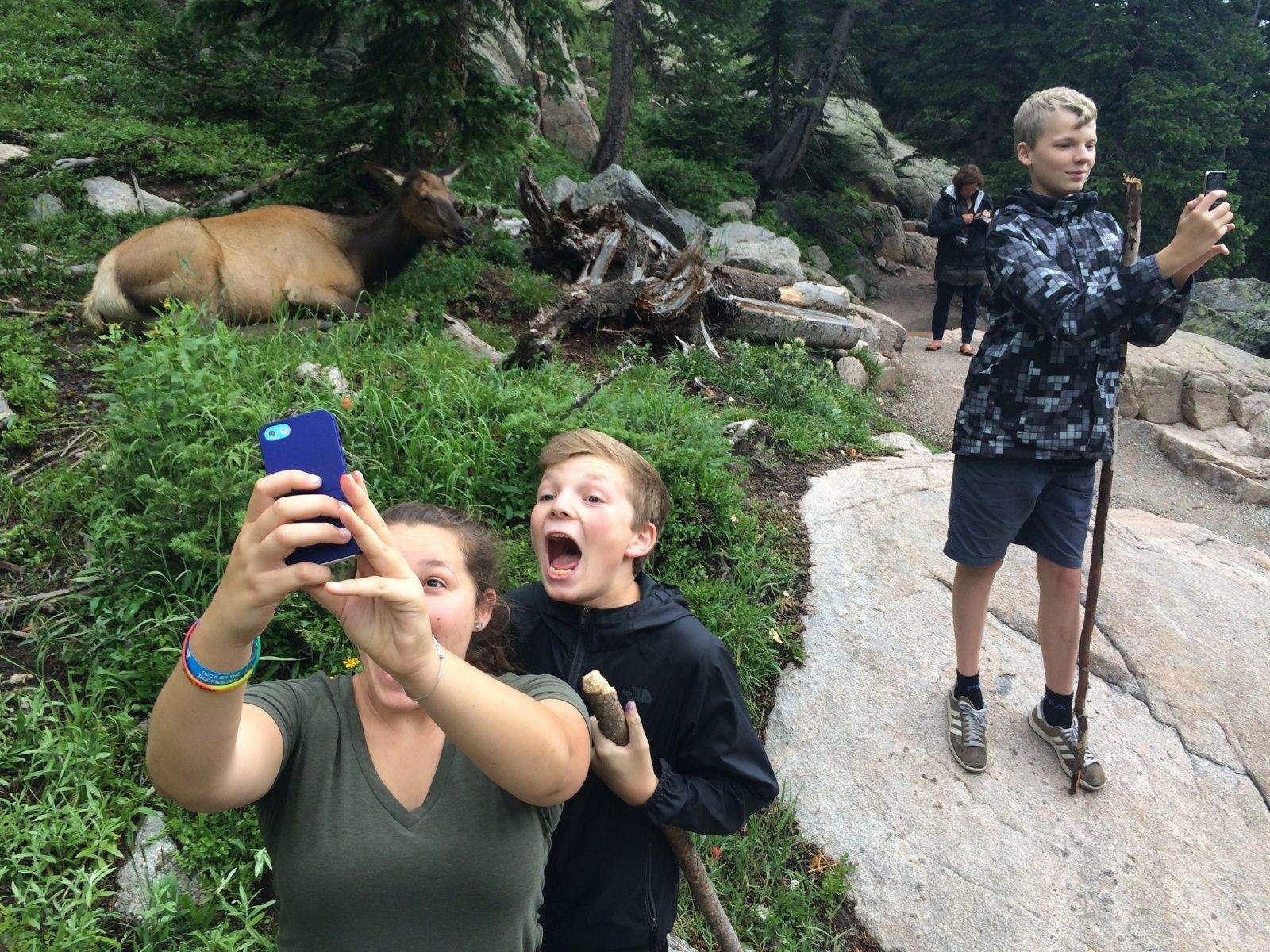